THE RADFORD FAMILY is known for being Britain's largest brood, with 22 children and 11 grandchildren.

And with so many children running about the place, it's unlikely the Radfords will ever have a scaled-back Christmas, here Fabulous takes a look at Britain's biggest family's best Christmas traditions. 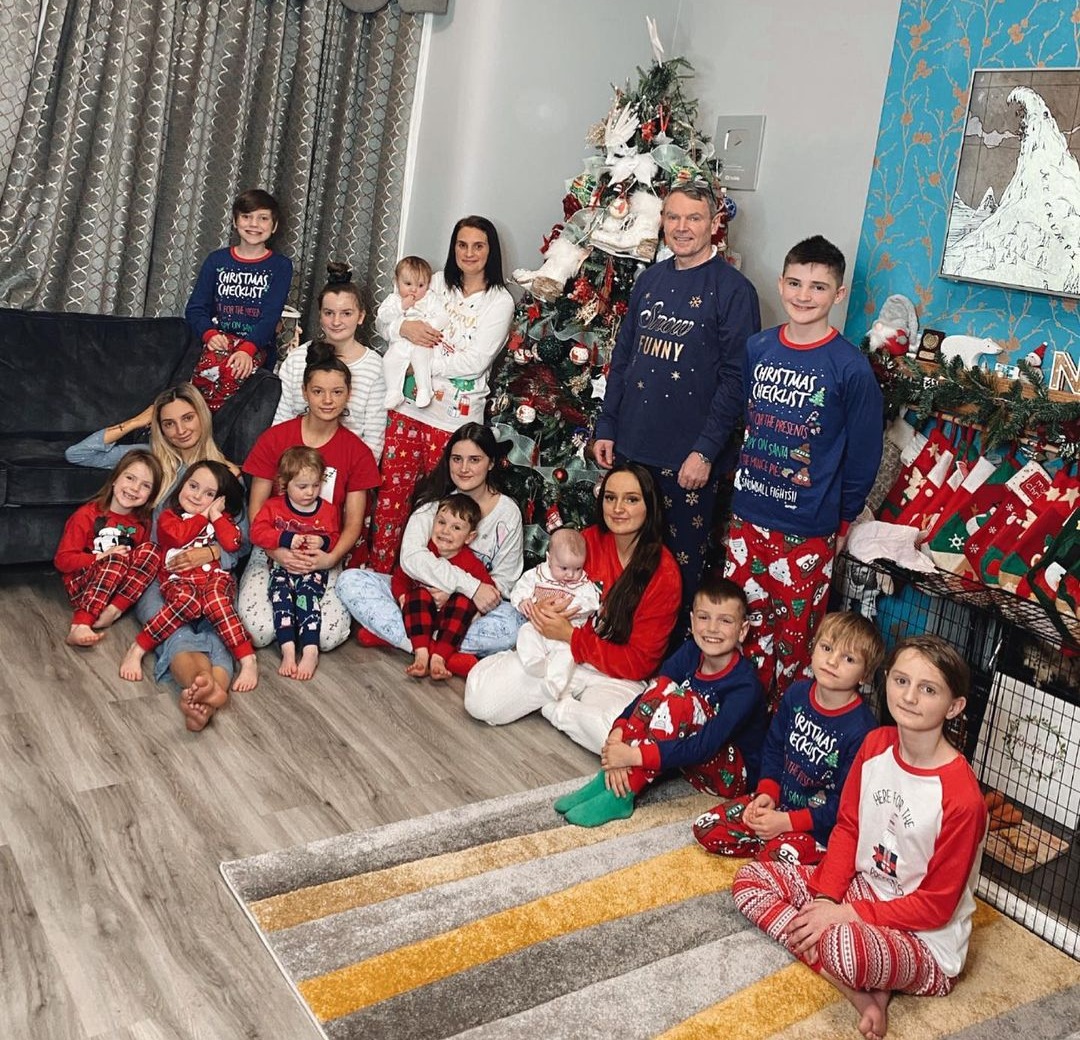 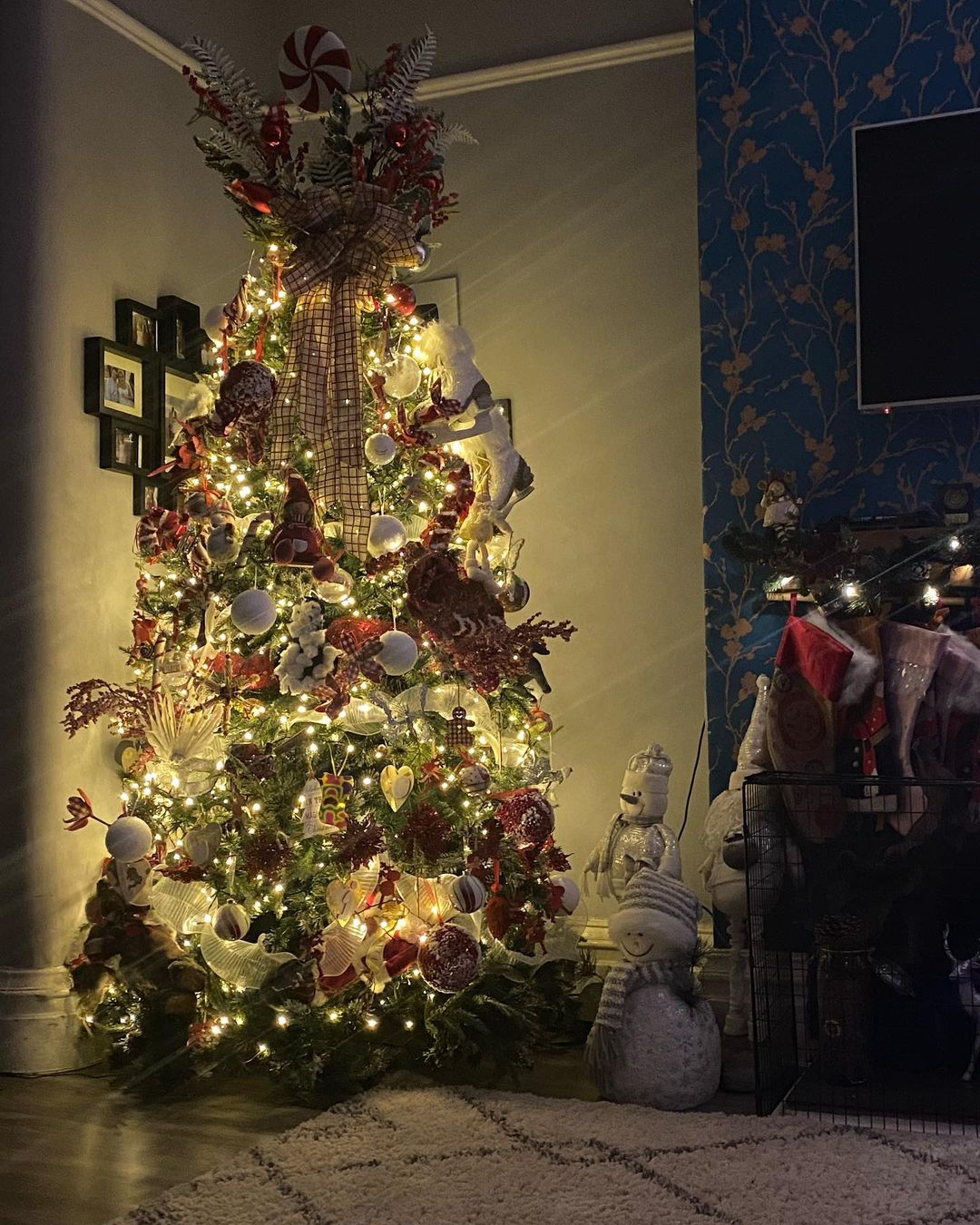 The family famously doesn’t rely on benefits and is supported by their pie shop business and have previously revealed they budget all year long to make way for Christmas.

And the couple go all out to ensure their children have a magical Christmas – spending around £7,000 on Christmas presents alone.

READ MORE ON THE RADFORDS 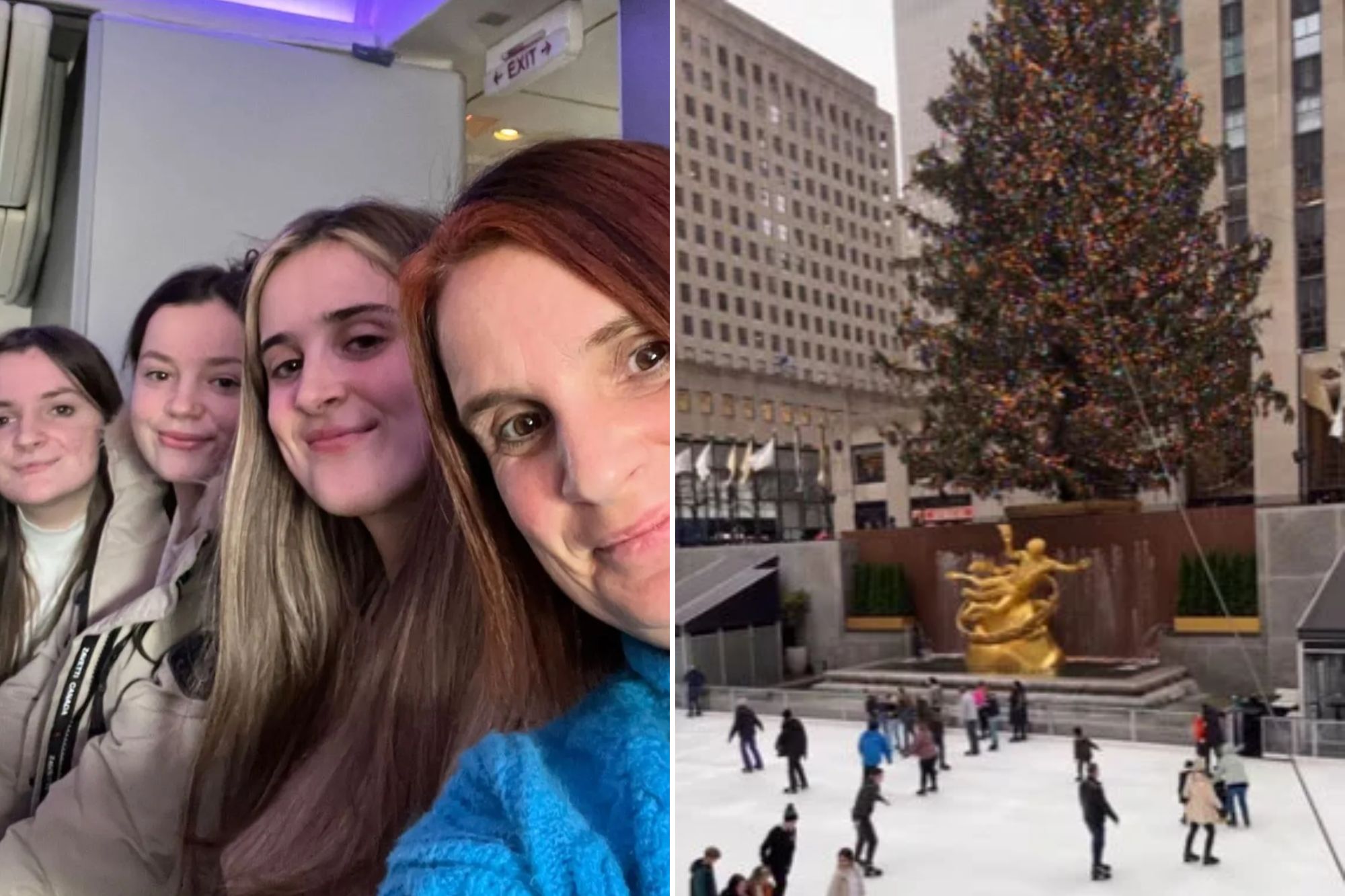 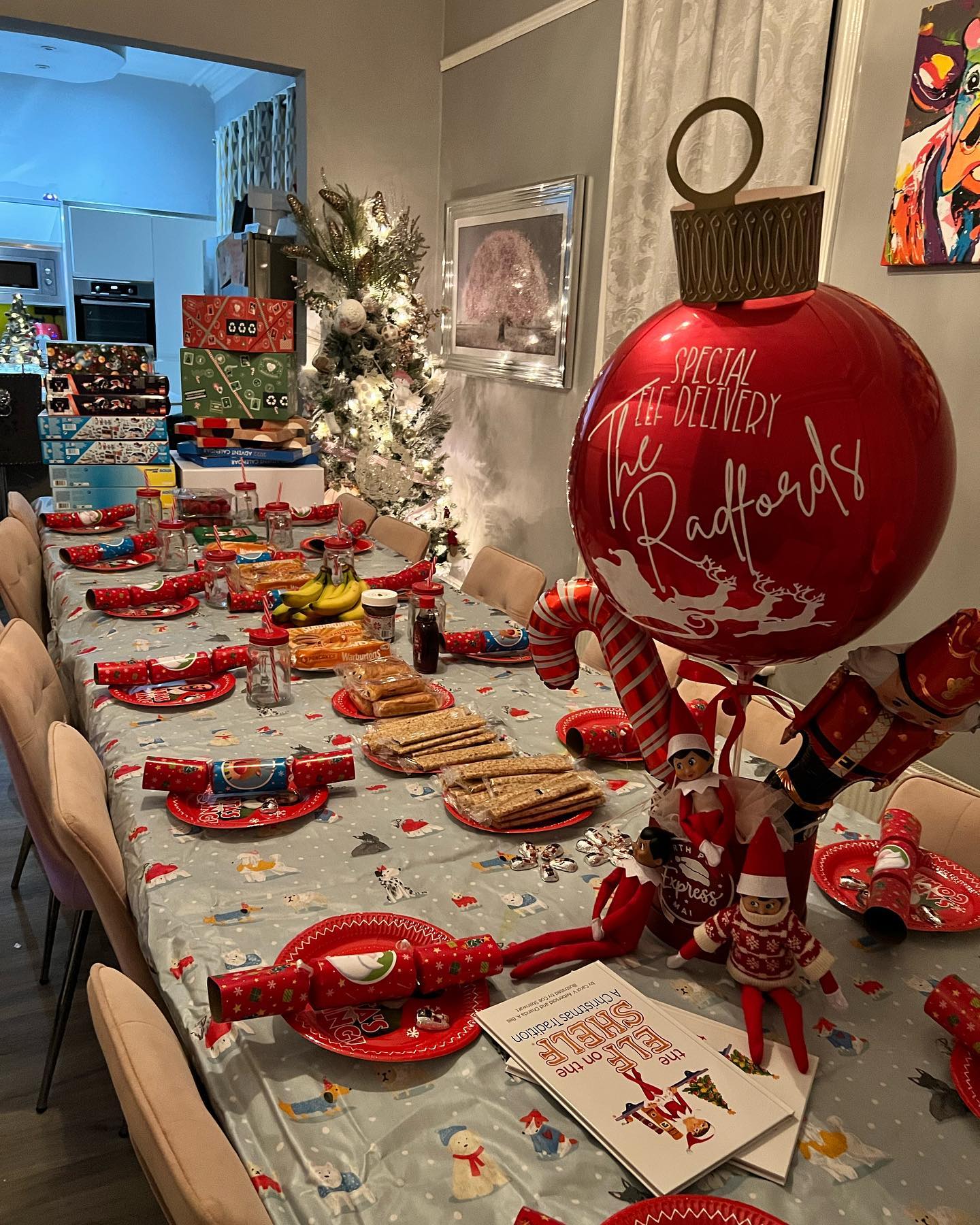 Elf on the Shelf breakfast

With so many children running around their ten-bedroom mansion in Lancashire, it's no wonder the Radfords go all out for Christmas, and that begins as soon as it reaches December.

Every year, the large family document on Instagram the beginning of the festive month with a dedicated Elf on the Shelf breakfast.

The breakfast includes Christmas crackers and an abundance of board games and puzzles to keep the kids satisfied until Christmas day, and of course, the children are given their advent calendars.

This year the Radfords went for a classic red theme including a giant bauble ballon which read 'special elf delivery, The Radfords.' 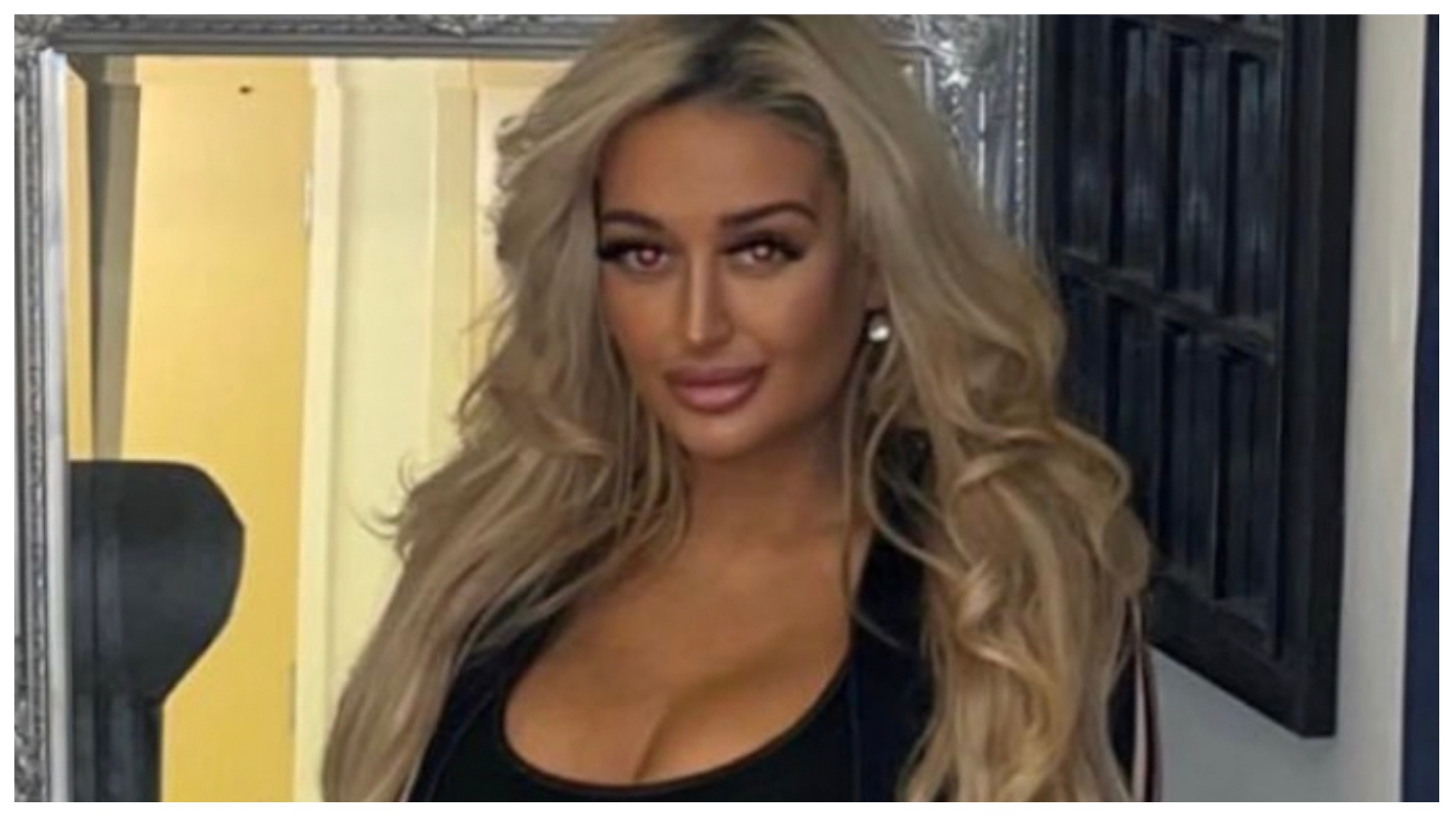 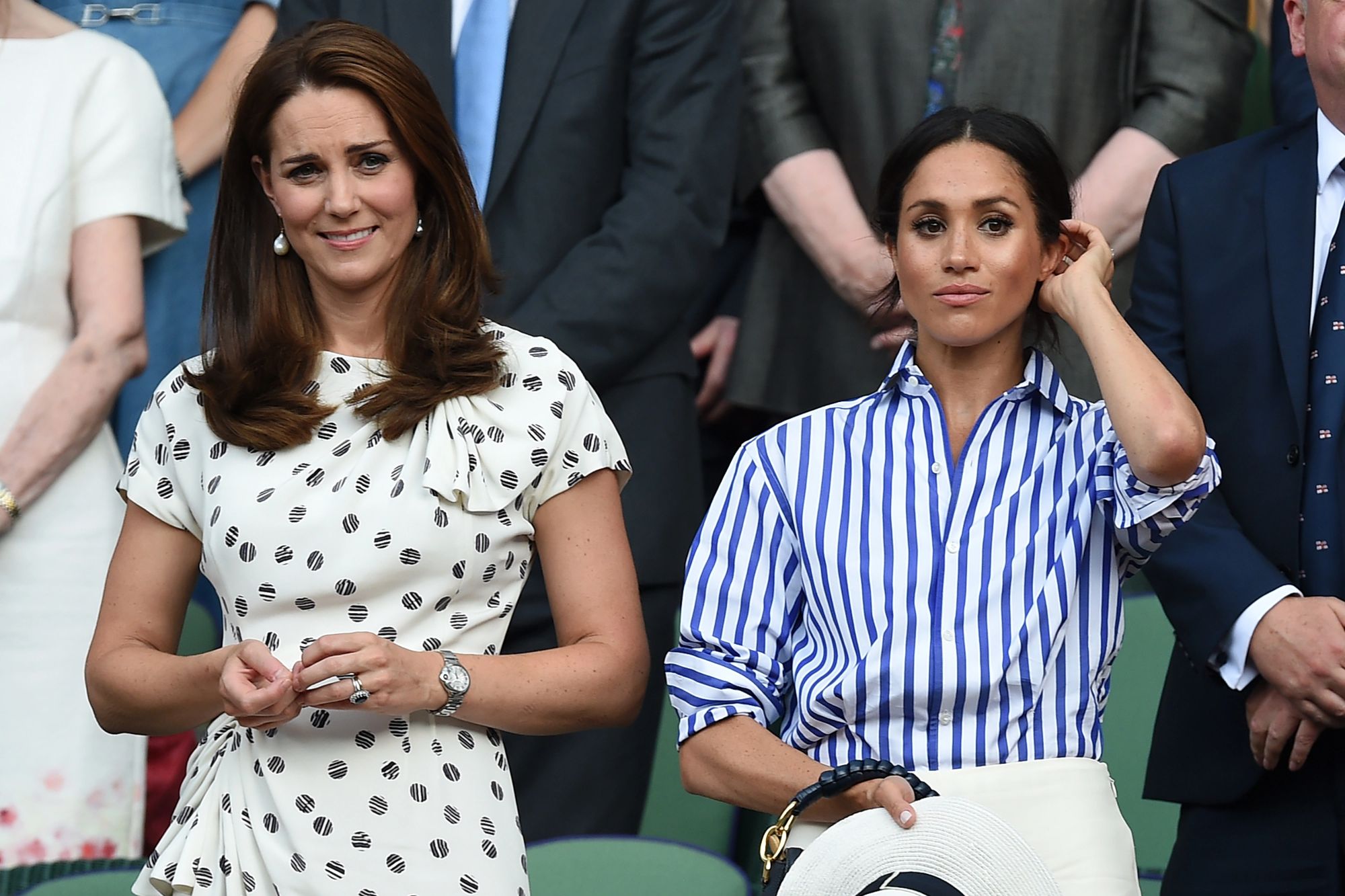 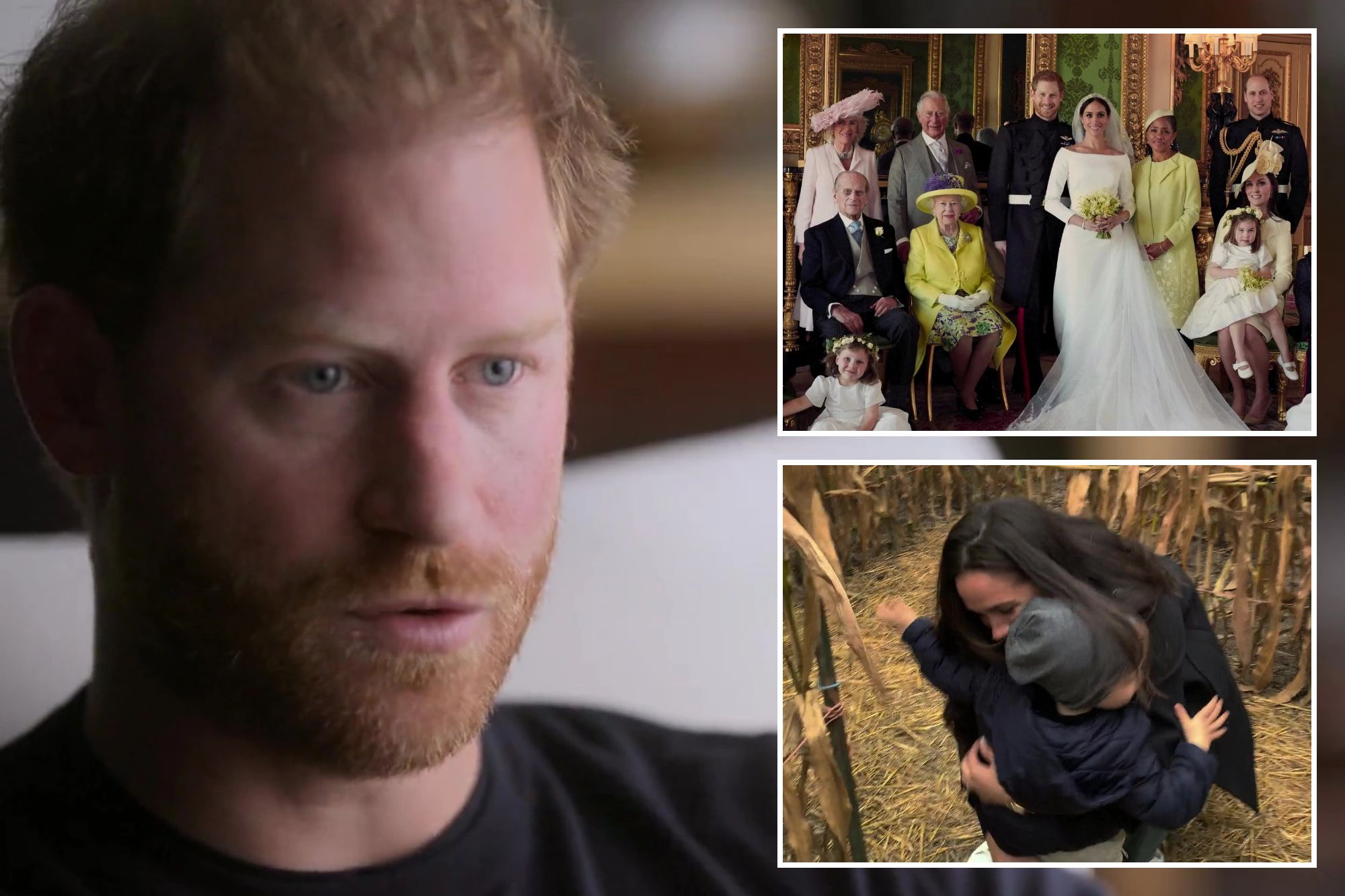 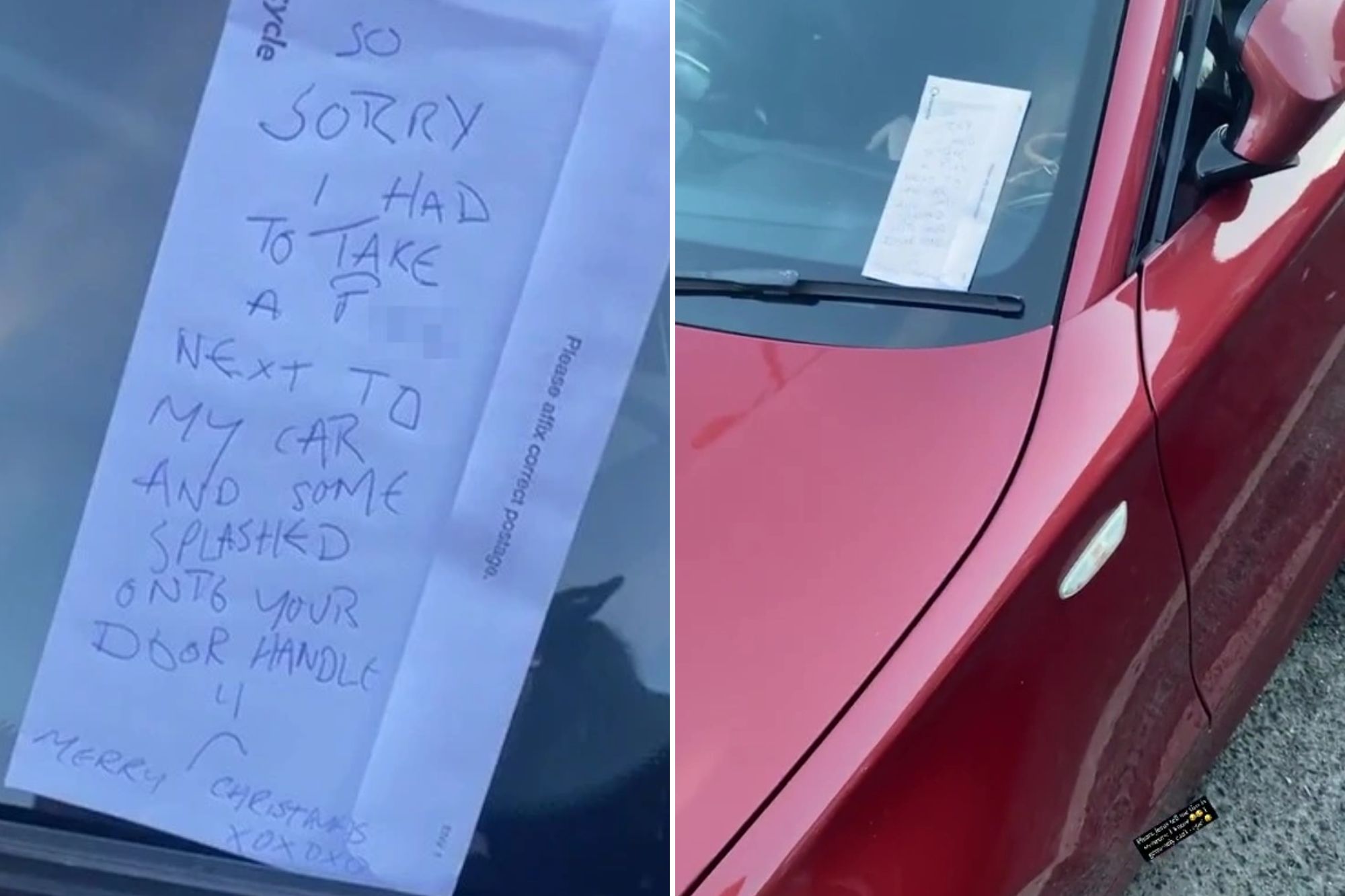 The Christmas table was decorated from top to bottom with a snow bear tablecloth, red Christmas plates and festive glass jars mugs.

The table was piled up with chocolate pancakes, crumpets and fruit to kickstart the festive season. 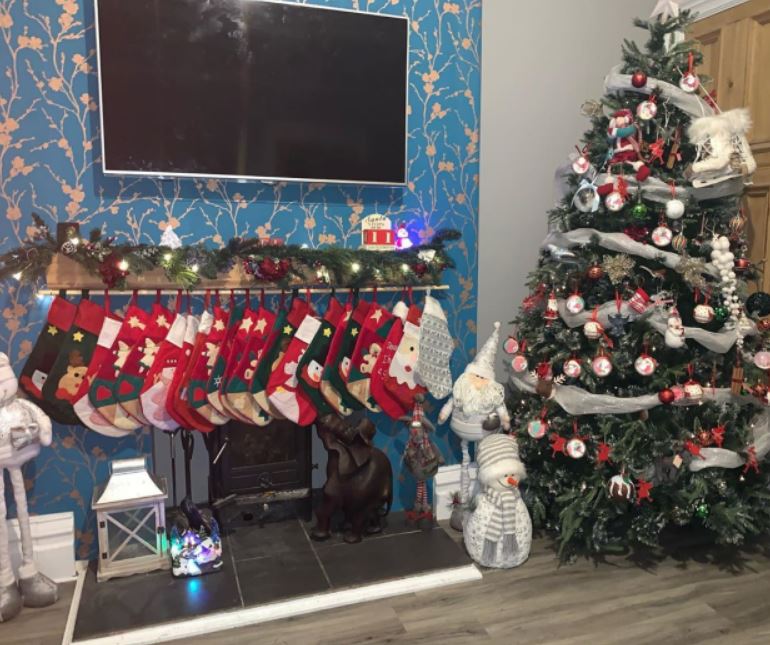 The Radfords also put out their whopping 25 stockings across their fireplace at the beginning of December.

The classic red stockings are placed over the fireplace, snuggled between a garland.

In previous years the Radford's have had up to seven Christmas trees in their home but lately have stuck to two.

This year the family posted a video of their main tree being decorated with white ribbon and plenty of lights – they even had their own little helpers to help hang on the baubles.

The smaller tree is located by the kitchen table and features a white and pink theme which the family has stuck to for the last couple of years. 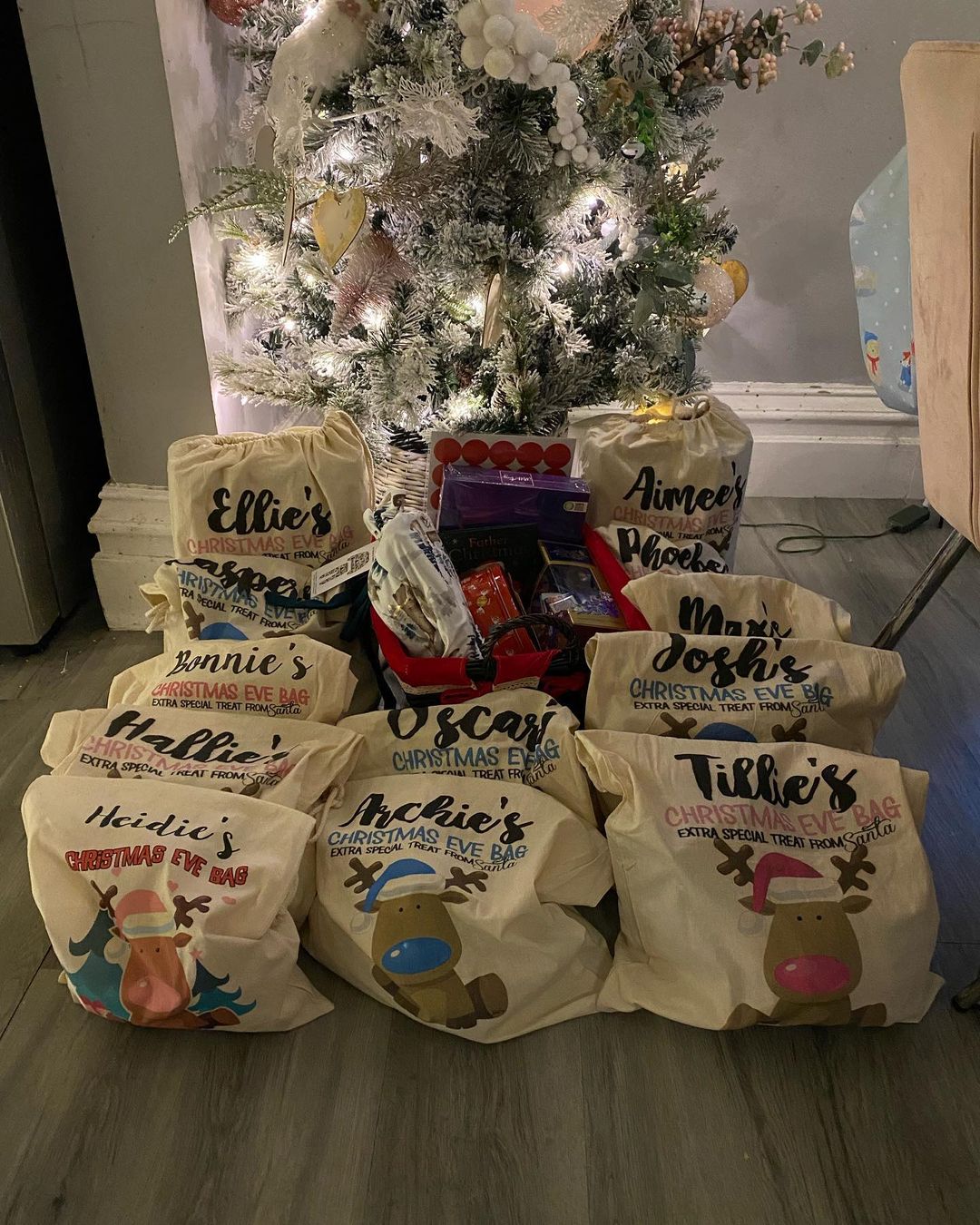 While the family already spends around £250 on each child for Christmas gifts, equating to around £7,000, the Radford kids also get a box of goodies before heading to sleep on Christmas Eve.

Each child gets their own personalised sack of goodies which always include Christmas pyjamas.

As well as getting festive slumber outfits, the children also receive hot chocolate, a new Christmas-themed mug and plenty of sweets.

When the children wake up in the morning their front room is covered in mountains of Christmas presents.

What's more, is that Sue buys a staggering 70 rolls of wrapping paper every year. 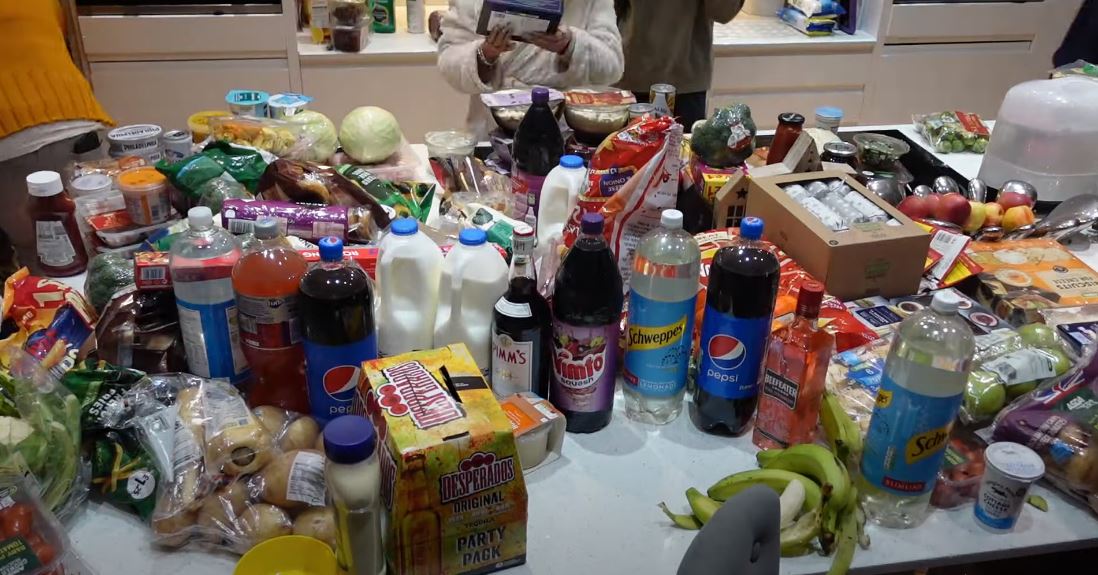 The family previously revealed they usually spend £300 a week on food, but Christmas is a whole different story.

The family reveals they spend that much on the festive feat alone, and that's excluding the cost of meat.

The couple tends to split the food duties with Sue doing the food shop and Noel, who runs the bakery, cooking for the day.

Speaking on This Morning in 2018 Noel told hosts Ruth Langford and Eamonn Holmes: “We prep a lot the night before on Christmas Eve," which can see the pair peeling potatoes until 1am.

Previously, the family have had three turkeys for the day, but they tend to switch it up with Gammon joints and beef.

Astonishingly their Christmas feast includes seven-and-a-half kilos of potatoes and mounds of carrots, swedes and broccoli. 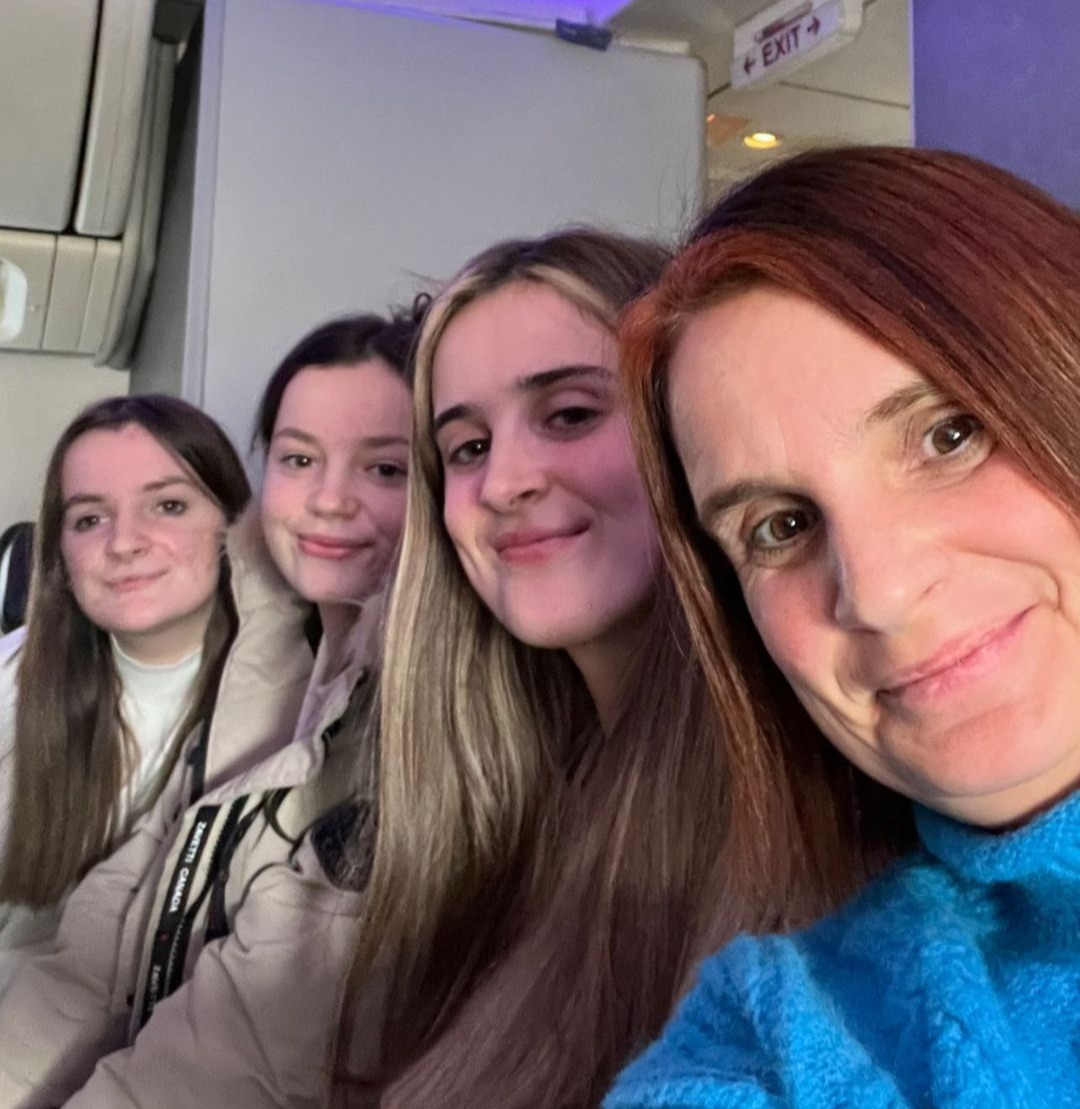 Childhood sweethearts, Sue and Noel, have been together for 30 years, and spending quality time with family is everything to them.

And the family seems to be making a new tradition of getting away for Christmas.

This year Noel surprised Sue and three of their daughters with a trip to New York to create some unforgettable memories of ice skating and doing some high-end shopping.

The family also documented their current visit t Disneyland Paris, so that their smallest children can also enjoy a trip away before Christmas day.

Shopping pro reveals the gifts you should NEVER give at Christmas

Last year the family jetted off to Lapland to live out every Christmas fan's dream and visit the Man in Red.

Their Yuletide trip also included Husky sleigh rides which were documented on their Channel 5 programme – 22 kids and counting. 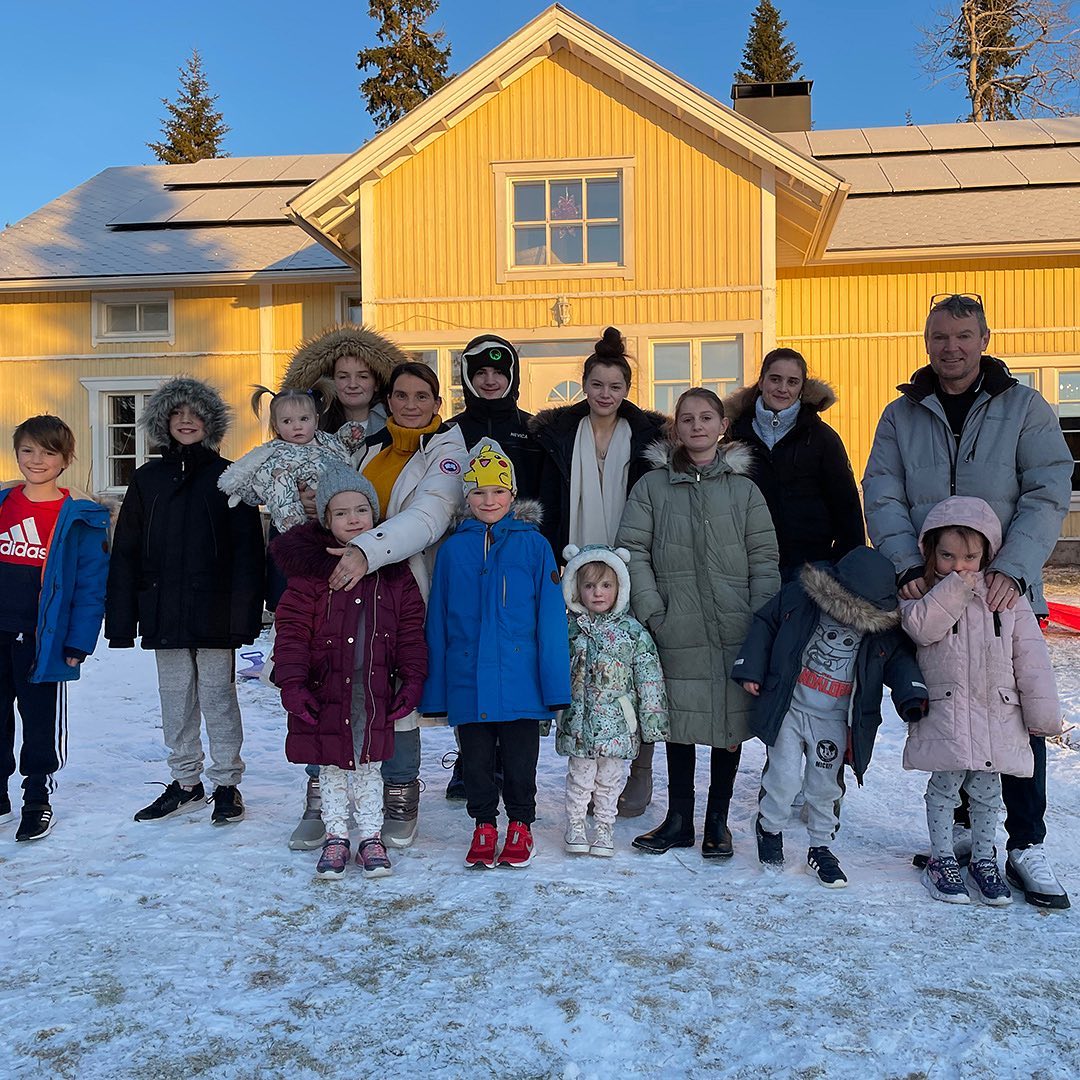