The Duke and Duchess of Cambridge met while they were both studying at the University of St Andrews in Scotland, and they even lived together during their second year, which is where cupid struck…

After moving out of halls of residence St. Salvatore’s Hall, known as Sallies, Prince William and Kate Middleton joined two of their friends in a rented Victorian terraced house located near the University. It reportedly cost each of them £100 per week (a total rent of £1,600 per month), but it would now set tenants back £3,500 per month.

WATCH: Where do the royals live? Inside their lavish homes

A listing for 13A Hope Street reveals the two-story home has five bedrooms – three double bedrooms and one single room – plus one bathroom and one shower room.

The interiors are decorated with original features, such as ornate plasterwork, picture rails and large sash windows.

There is a utility room and a galley kitchen, featuring wooden cupboards and dark work surfaces with a window on the back wall. The open-plan living and dining room now has cream walls and matching carpets, a large fireplace and a floor-to-ceiling window offering plenty of natural light.

Photos show a blue sofa, red patterned rug that matches the curtains, glass coffee table and wooden alcove displaying various drinks, but it’s not clear whether this reflects the interiors as they were when Kate and William lived there.

It is thought that the royal couple grew close while living in this property, with William even cooking for the now-Duchess in a bid to impress her. 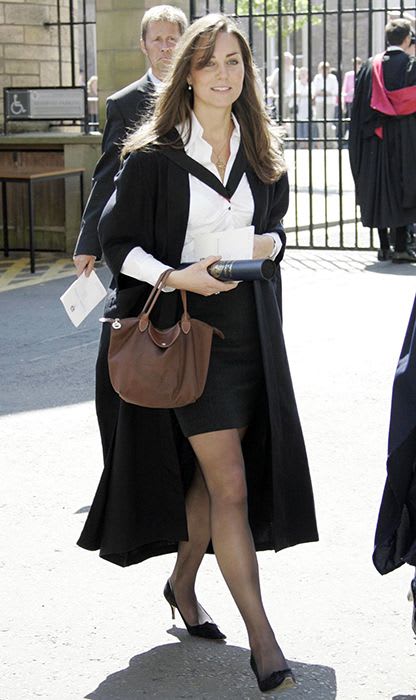 Kate previously told Mary Berry: “In [our] university days he used to cook all sorts of meals. I think that was when he was trying to impress me, Mary. Things like Bolognese sauces and things like that.”

MORE: Where the royal family went to school and university – see who broke tradition

The Duke and Duchess then moved into a more private residence in their final year in order to escape the media attention. The couple, who were then supposedly dating, shared a four-bedroom cottage called Balgove House on the Strathtyrum Estate with friends.