It may be hard to believe, but May is nearly over and June is well on its way. Not only does this mean the summer season is right around the corner but there’s another major occasion: Pride.

Whether you’re planning to participate in major festivities, like a Pride festival and live music all month long, or you’re looking forward to a more intimate setting for your city’s Pride Week, there’s no doubt that the addition of a rainbow (in any form) will help you get into the spirit of supporting, uplifting and celebrating the LGBTQ+ community and Pride 2021. And if you’re looking for some options to add to the mix, there are plenty of brands that have created collections specifically for the occasion — and some of them are even giving back to organizations working to forward the progress of those who identify as LGBTQ+.

So, if you’re ready to gear up for your upcoming Pride event, scroll down to see the brands that have launched collections in celebration of Pride Month, equality and the LGBTQ+ community and shop from each below.

To celebrate the LGBTQ+ community, Adidas has launched its Pride collection, which is filled with sleek and sporty pieces like clothes, accessories and shoes for men and women featuring eye-catching rainbow prints and colors. Known as the Love Unites collection, the capsule takes on a DIY look inspired by the LGBTQ+ communities. 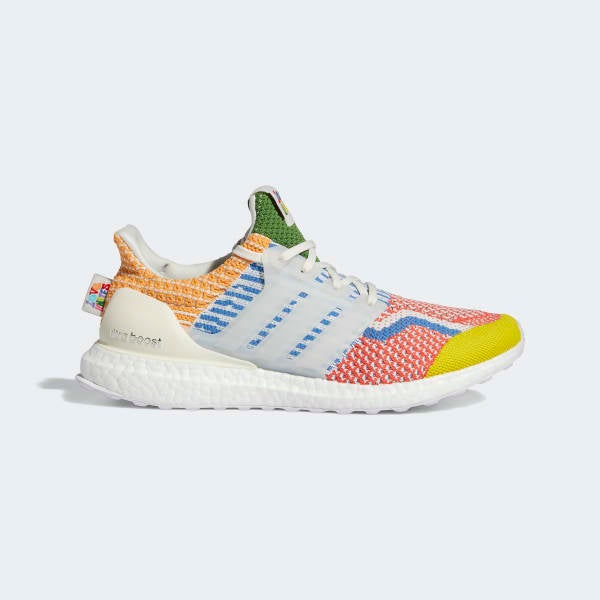 Bombas’ annual Pride Collection includes a selection of underwear, socks T-shirts and more. And for every Pride piece purchased, Bombas will donate a specially-designed item to someone in need within the LGBTQ+ community through three of its partners, Casa Ruby, Mozaic and the Transgender Resource Center of New Mexico.

For those who consider Christina Aguilera one of their favorite artists out there, consider getting something from Xtina’s Pride 2021 collection, which includes a graphic sweatshirt, a mesh tank, underwear and a face mask. 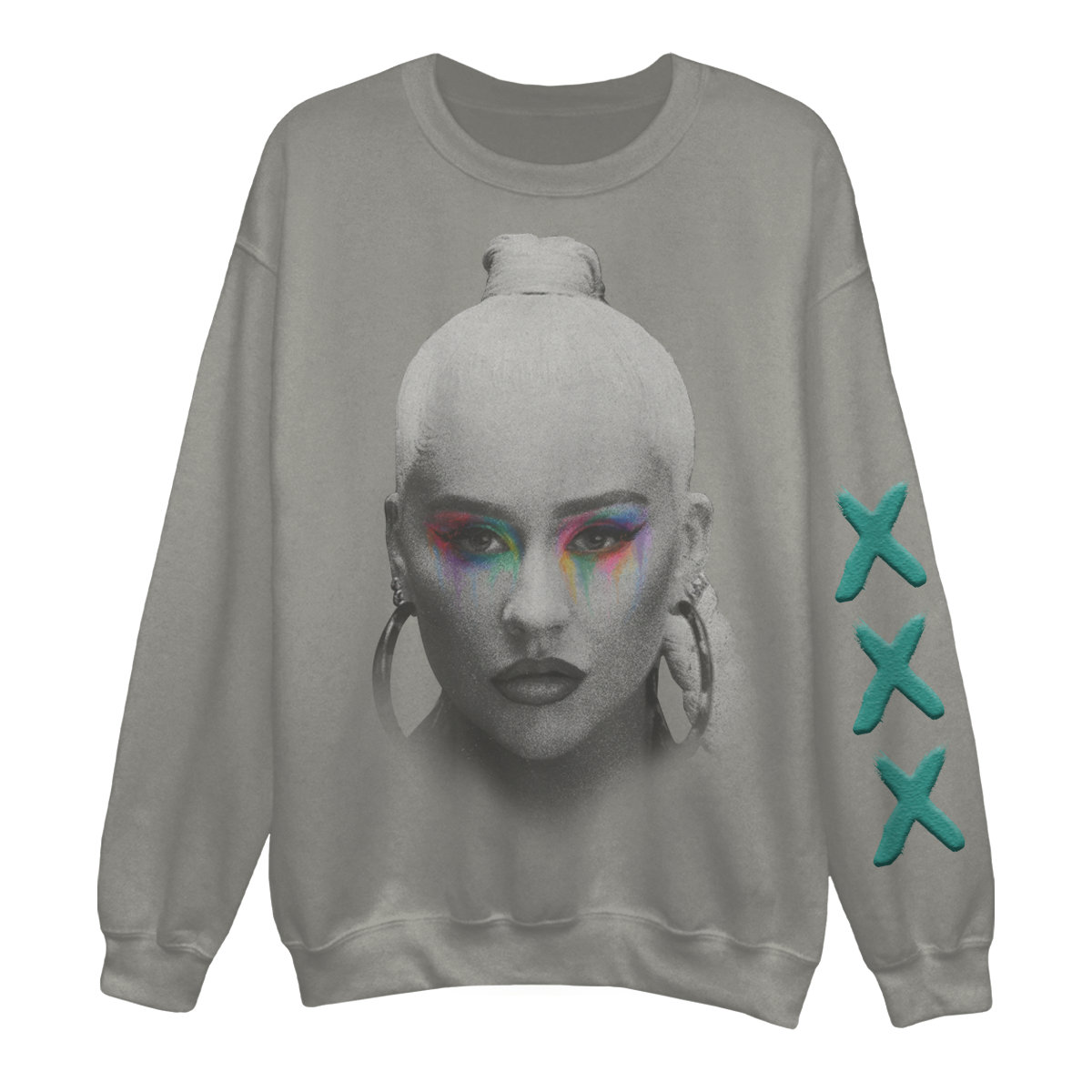 This year, Converse has launched a collection of fun and colorful sneakers featuring head-turning graphics inspired by the stories of the LGBTQ+ community. The footwear brand’s Pride collection also includes T-shirts and a tank top. 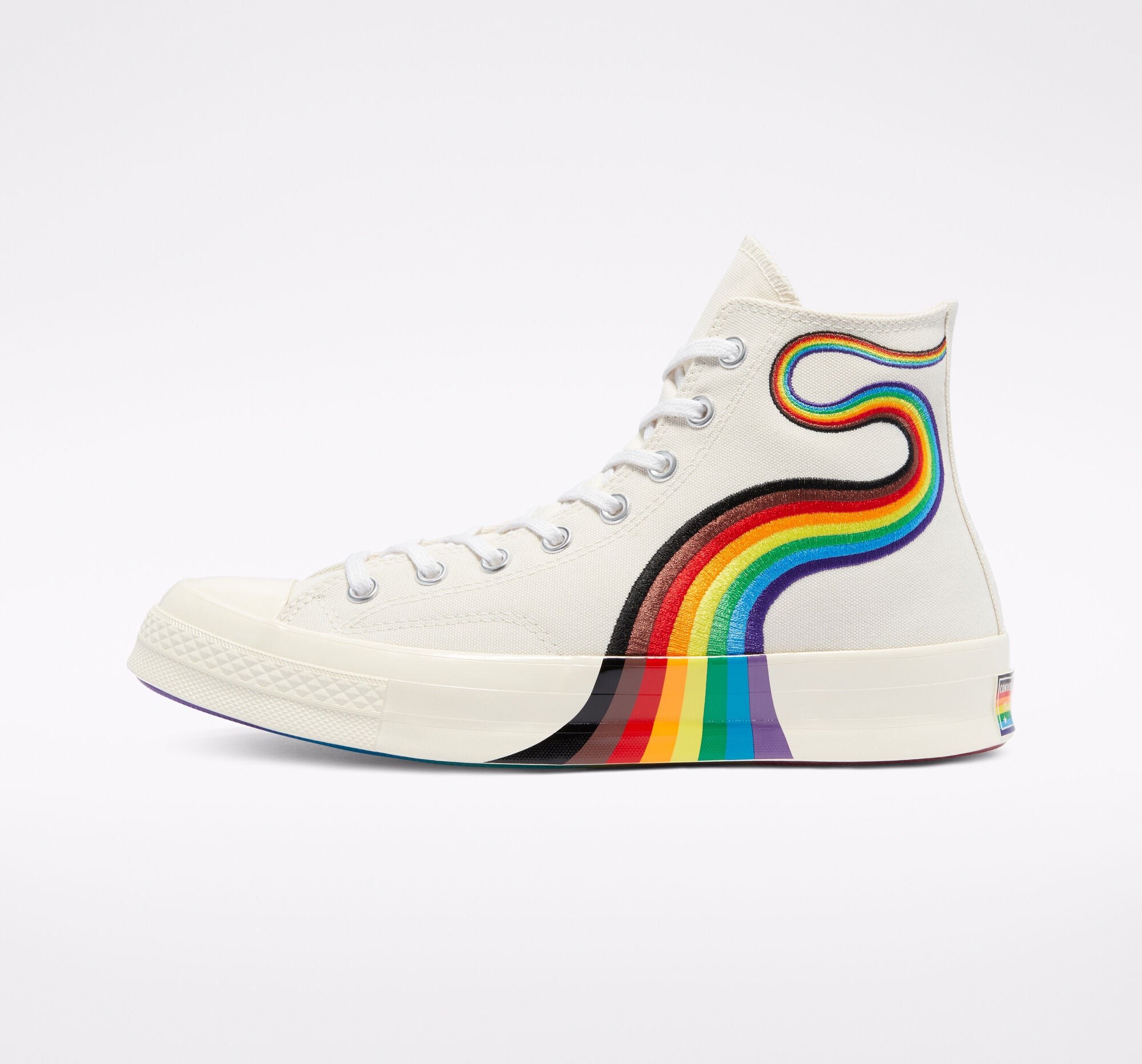 Earlier this month, Disney launched a full collection — Rainbow Disney — to celebrate its LGBTQ+ community. Additionally, Disney will be donating to various organizations that are working to support the community like GLSEN, Minus18, Diversity Role Models and more. 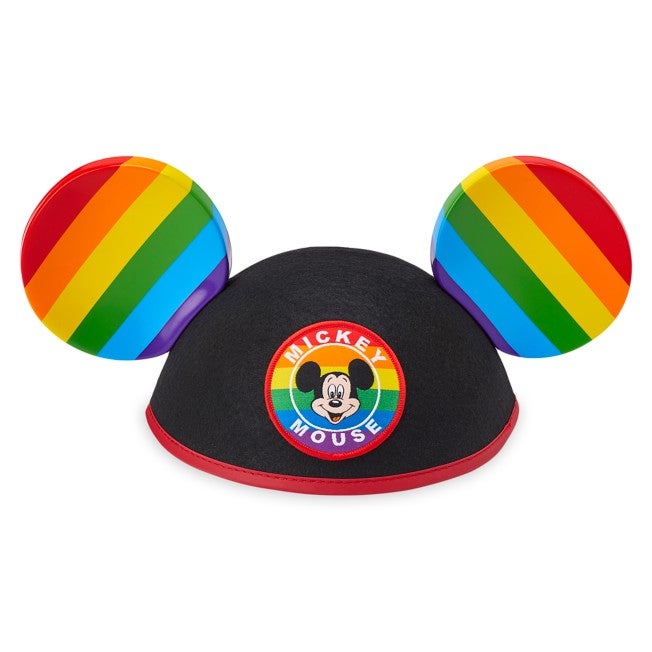 Dr. Martens has partnered with The Trevor Project for the fifth time and will be donating $100,000 to the organization, which is the world’s largest suicide prevention and crisis intervention organization for the LGBTQIA+ community. 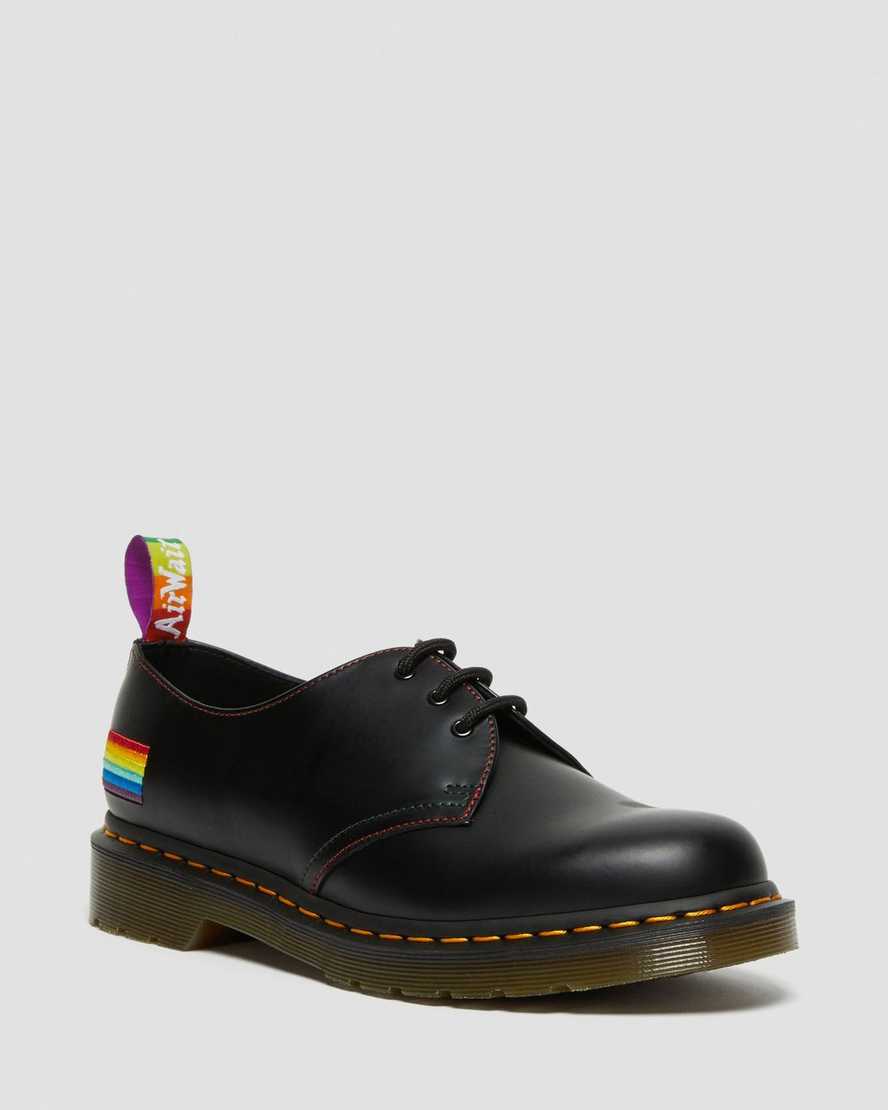 EyeBuyDirect teamed up with with Lele Pons to create the Embrace Your Light collection, which includes bold and colorful sunglasses to wear all summer long. 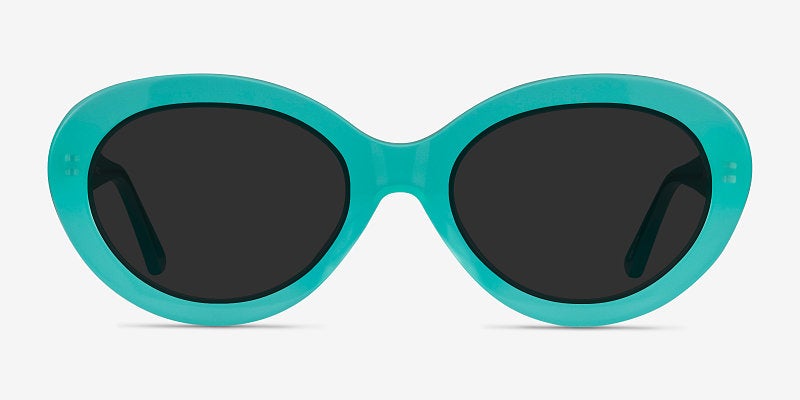 Shop sneakers, T-shirts and accessories like a watch, sunglasses and lanyards from Kenneth Cole Pride Collection to show your support from the LGBTQ+ community this Pride. 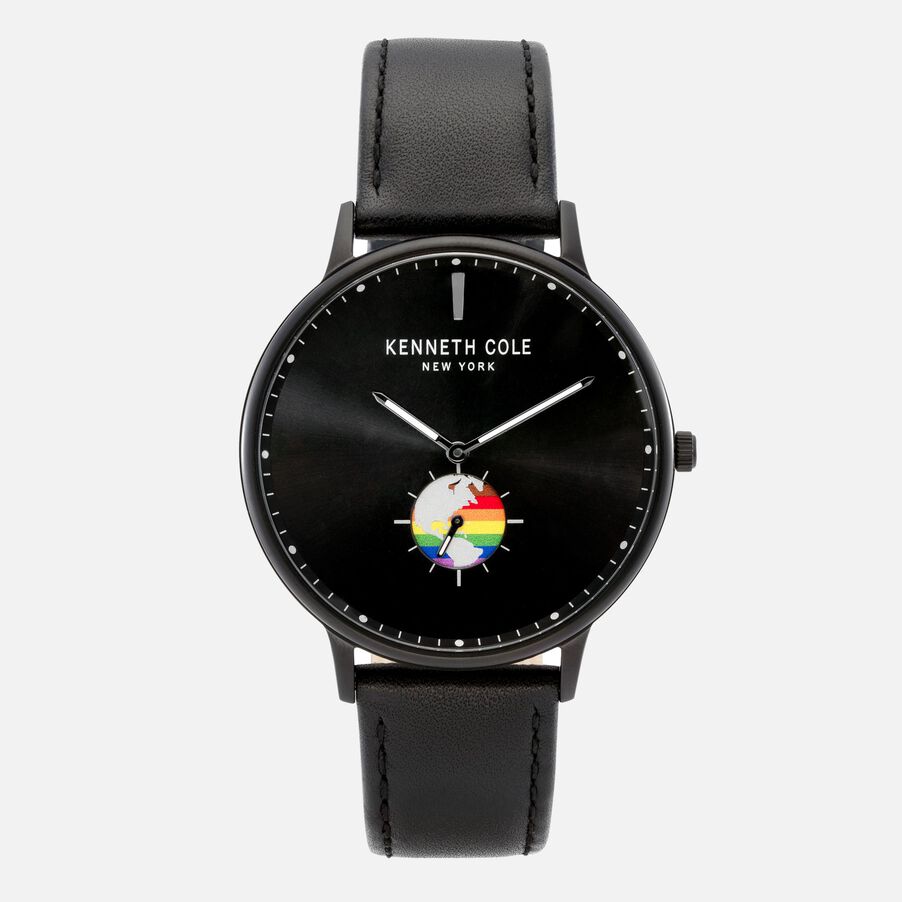 Lego released the Everyone is Awesome set to show its support for the LGBTQ+ community. In addition to releasing a set for anyone to get creative with, it has also partnered with organizations like Stonewall, Workplace Pride and Open For Business to support its employees who identify as LGBTQIA+ and allies across the company. 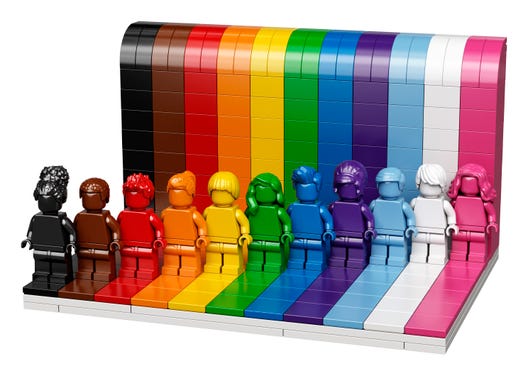 To celebrate Pride 2021, Mariah Carey has launched a capsule collection of nostalgic, early ’00s-inspired T-shirts, sweatshirts, shorts, tank tops and accessories, which feature rainbow, glitter and tie-dye details. We particularly love the Throw Shade Fan, which is perfect for anyone who wants to add a playful touch to their Pride look. 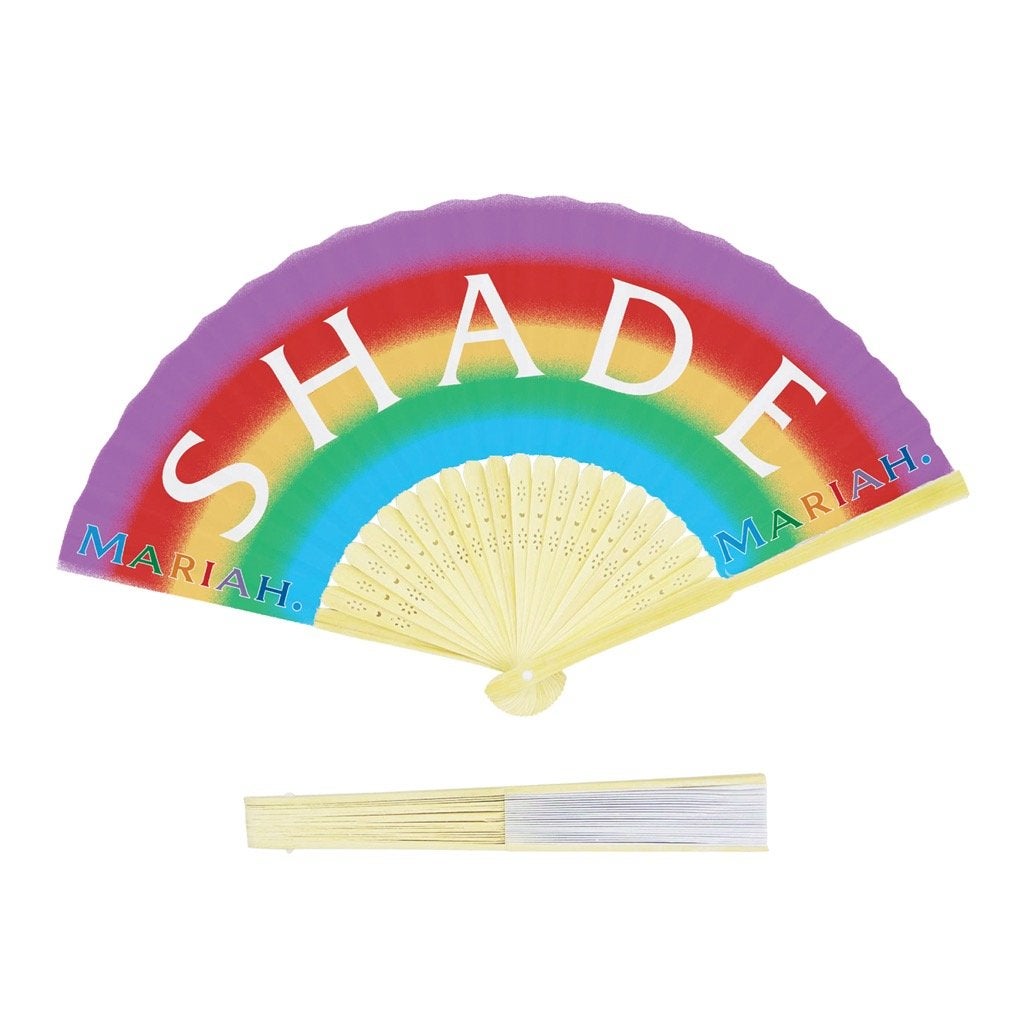 Get fit — or streetwear ready — in Reebok’s new Pride collection, which has a selection of footwear, T-shirts and activewear featuring rainbow details. And in honor of those who identify as transgender or gender non-conforming (TGNCI), the sports brand is donating to the Sylvia Rivera Law Project. 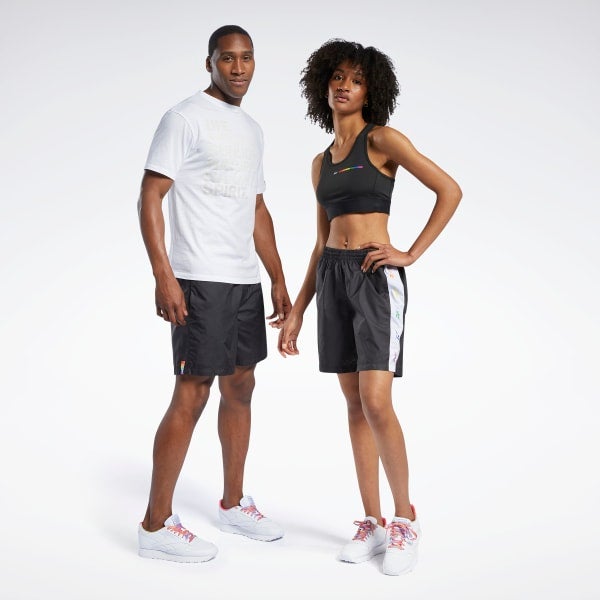 When you shop from ShoeDazzle’s Pride collection 25% of the proceeds will go towards the Los Angeles LGBT Center, a non-profit organization that cares for, champions and celebrates the LGBTQ+ community in Los Angeles. 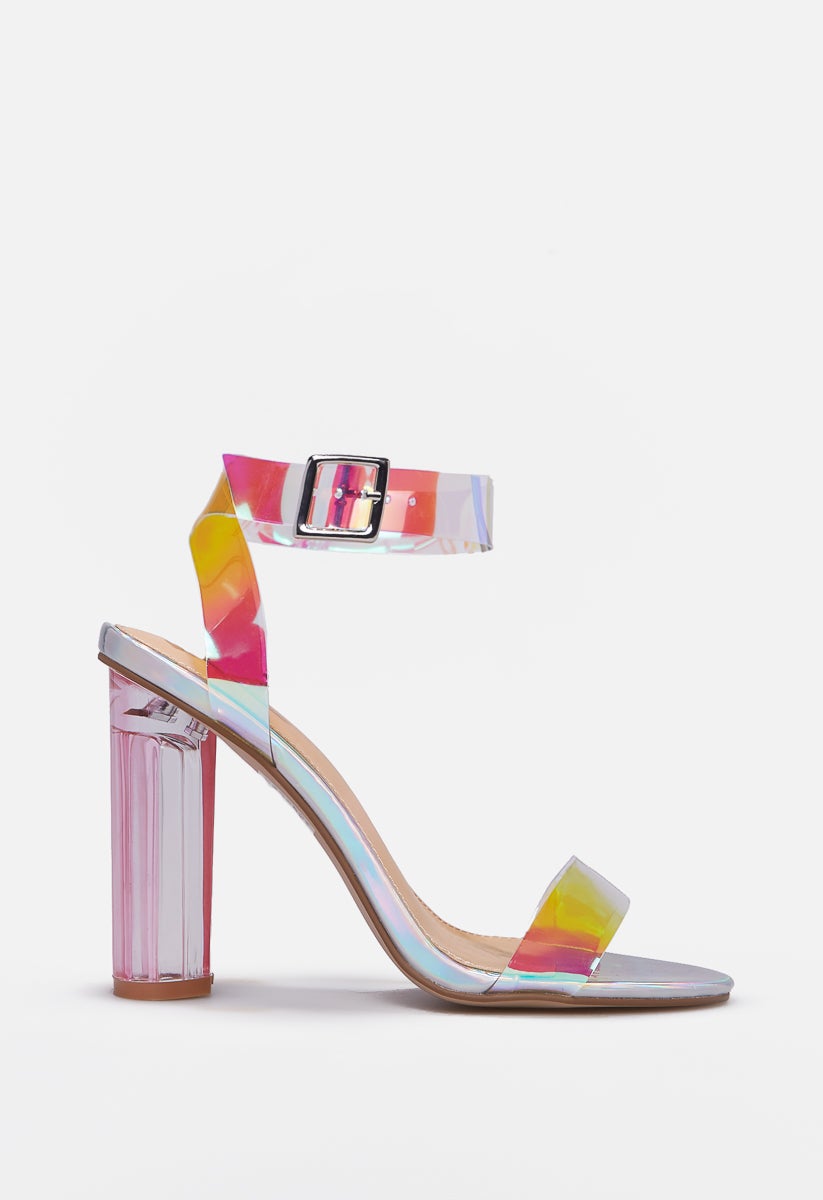 The Ugg Pride collection features a capsule of bright and colorful (and fluffy) rainbow-hued shoes that, simply put, one cannot ignore. There are also sweatshirts and tops featuring similar rainbow designs to help you complete your look. And to give back, Ugg will donate $25 for every pair of its Disco Stripes slides sold to GLAAD, with a maximum of $125,000.

Show your support for the LGBTQ+ community with a piece from Yandy’s Pride + Unity collection. When you add something from the capsule to your collection, Yandy will donate 10% of proceeds made in June to national and local charities working to create a more inclusive and loving community for all identities. 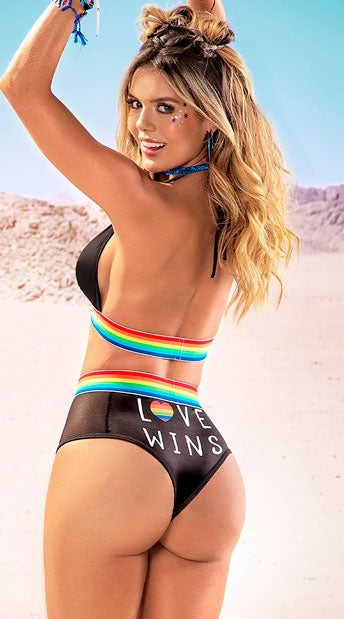 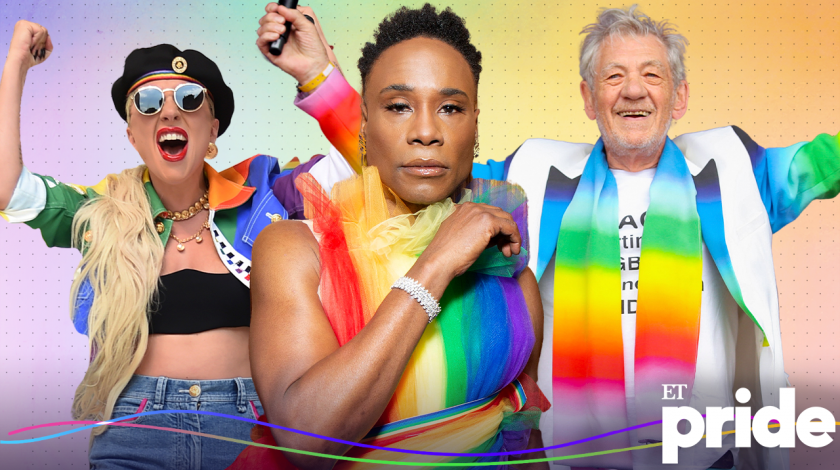 Celebs at Pride Parades Over the Past Decade