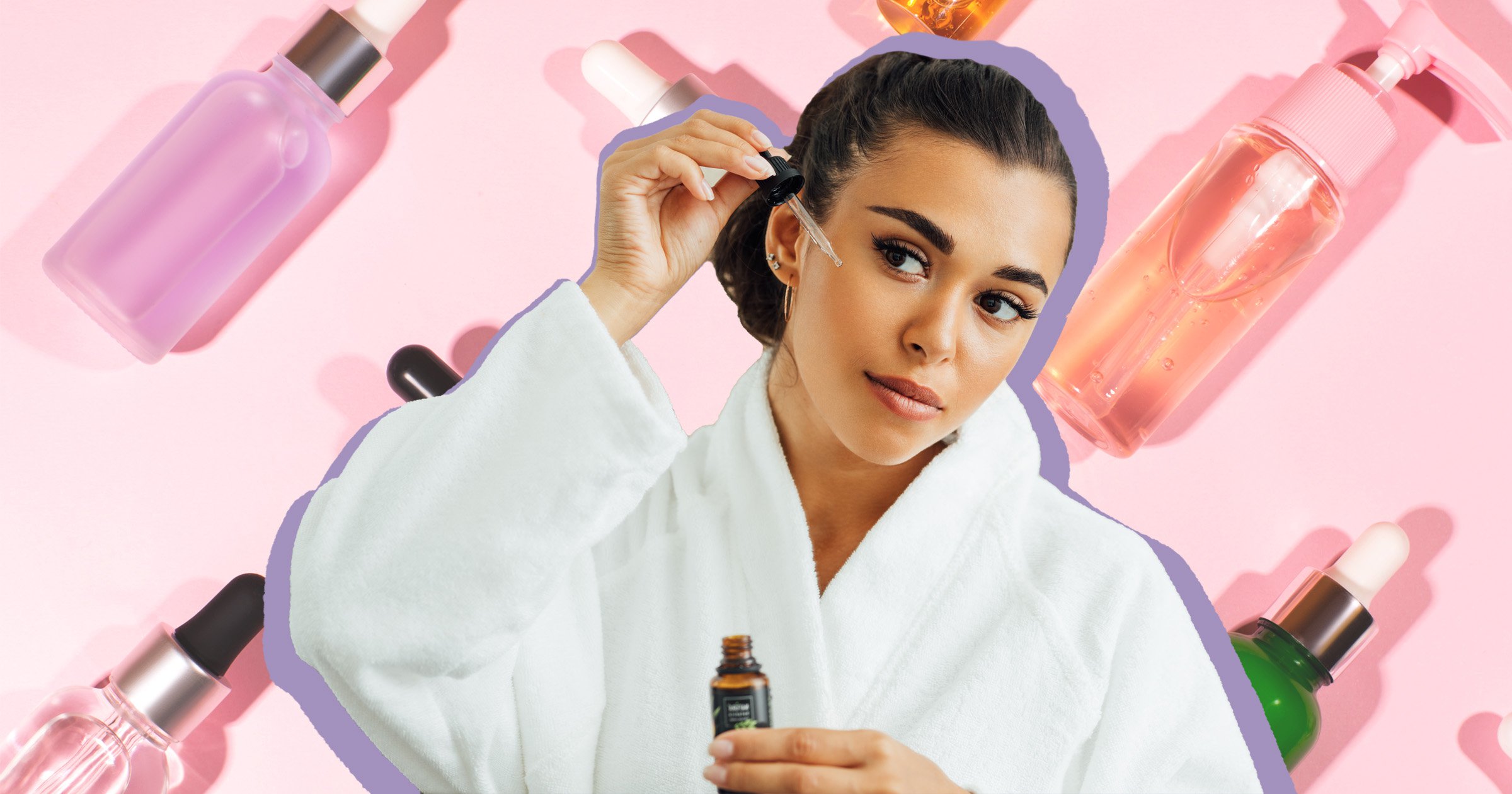 Sometimes it can feel as though every week there’s a new skincare trend to embrace.

How do you know which ones are worthwhile?

Not every skincare ingredient raved about is as effective as marketing campaigns would have you believe.

Trends come and go, and retinol alternatives are now having their moment.

Retinol is a derivative of vitamin A, an ingredient that has been scientifically proven to make skin appear more youthful and help with conditions like acne.

However, it can be potent and make skin flaky and sensitised.

Here come the alternatives, said to be kinder to skin but still able to produce similar results.

But do these claims always stack up?

Dr Dennis Gross, skincare expert and brand founder, sorts the fact from the fiction on the main alternatives out there.

This is the most popular retinol alternative on the market.

‘Derived from the babchiplant, bakuchiol is a retinol-like active and the first ingredient to clinically demonstrate the same level of efficacy as retinol without redness or irritation,’ Dr Gross tells Metro.co.uk.

‘It stimulates the production of collagen while down-regulating the activity of collagen digesting enzymes, promoting skin plumpness and increasing skin thickness.

‘Like retinol, it increases cell turnover to diminish signs of aging such as fine lines, wrinkles, sagging, and photodamage. By targeting similar cellular pathways as retinol that are known to replenish the skin barrier, bakuchiol restores and seals skin hydration.’

This is the closest in effect you’re going to get if you’re not a fan of retinol itself.

The main difference however, is that bakuchiol has no chemical structural similarities to retinol.

‘Bakuchiol actually resembles vitamin E and acts like an antioxidant, reducing the effects of oxidative stress on this skin,’ Dr Gross adds.

‘Don’t think of them as “either or” – but as peanut butter + chocolate. They are only better together. Bakuchiol strengthens our skin’s moisture barrier and acts as an anti-inflammatory which decreases any irritation from the retinol.

Dr Emma Craythorne, a leading dermatologist, says one thing to to keep in mind with bakuchiol is that it’s a natural ingredient.

‘It’s more likely to trigger allergic reactions than synthetic retinoids, especially if it’s included as a natural extract,’ she says.

This type of retinoid is said to be more stable than retinol and be able to work quicker on the skin.

The stability is a bonus if you’re concerned about money, as it typically won’t expire or degrade as quickly as retinol.

However, Dr Gross says ‘there really isn’t a lot of independent research on granactive retinoids’.

Skincare advice website Lab Muffin also echoes this, with a blog post from this year claiming: ‘Studies have also found that it’s meant to be more effective with less irritation, but since it’s an ingredient sold by one ingredient company, there’s potential for bias since no one else has published any research on it alone.’

Some say rosehip oil can be a good alternative because it is rich in vitamin A.

‘No, rosehip oil cannot replace retinol,’ he tells. ‘There is copious research proving the stimulation of cell production due to retinol.

‘As a result, there is evidence that retinol works to treat signs of aging – fine lines, wrinkles, sagging and hyperpigmentation, as well as acne and texture reform. There is no comparison – it is the standard. That said, not retinol is created equal.’

While rosehip oil can help with some of these same issues, the effects are unlikely to be as strong as retinol.

There are some new varieties popping up across brands and products, like stevia, bidens pilosa and vit-a-like.

Retinol alternatives are gaining popularity, so expect to see more brands adopt and develop them.

While they can be effective without irritation, Dr Gross says they are ‘not in the same playing field’.

‘If you are going to invest in clinical, skincare, I highly suggest going with high quality ingredients which have undergone extensive clinical studies to prove their efficacy.

‘Some of these new ingredients are trendy but won’t give you the results you are looking for,’ he adds.

When we spoke to Dr Craythorne, she joked: ‘the advantage of these alternatives is they’re more tolerable… but then so is water’.

While alternatives are making anti-ageing formulations more accessible for those with sensitive skin, the science still backs the OG ingredient as being superior.