Adjoa Andoh is best known for playing the sharp-tongued Lady Danbury in the hugely successful Netflix period drama Bridgerton. The actress, who previously starred in BBC One’s Casualty, said that she is going to miss her co-star Rege-Jean Page, who quit the show after just one season.

The actor played Simon Bassett, Duke of Hastings, a character who was raised by Lady Danbury.

Adjoa said that it wasn’t a surprise to see the lead character leave, as the next instalment of the programme will follow the love life of his brother-in-law.

“There are eight Bridgerton children: one down, seven to go. Season two it’s Anthony Bridgerton so there you are. That’s the arc of the show,” she told Daily Pop. 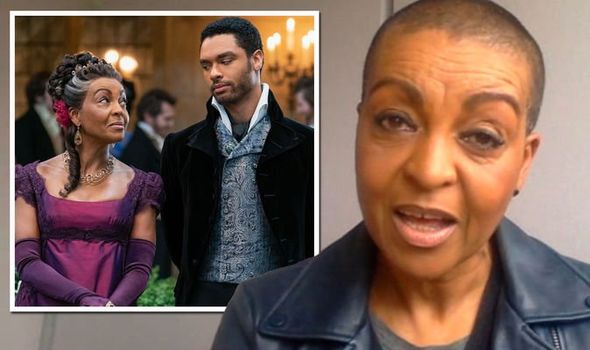 “We all love Rege and we’re all going to miss Rege but it’s not a huge surprise,” she went on to add.

The 31-year-old’s exit came as a massive shock to fans, who had fallen in love with the leading man.

His departure was confirmed earlier this month on Twitter.

The official Bridgerton account tweeted a note from Lady Whistledown, along with the caption: “Your Grace, it has been a pleasure.” 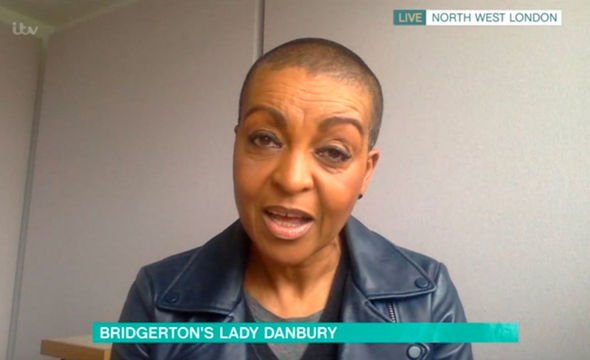 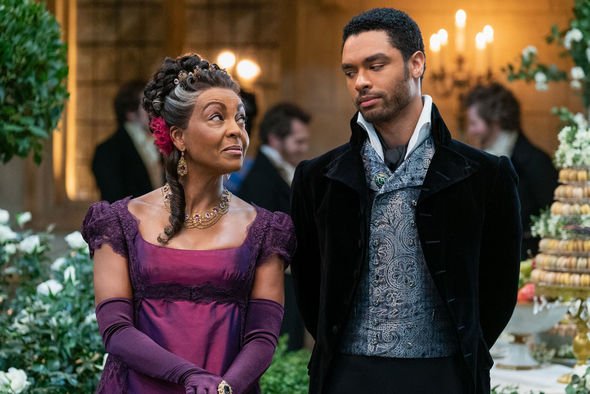 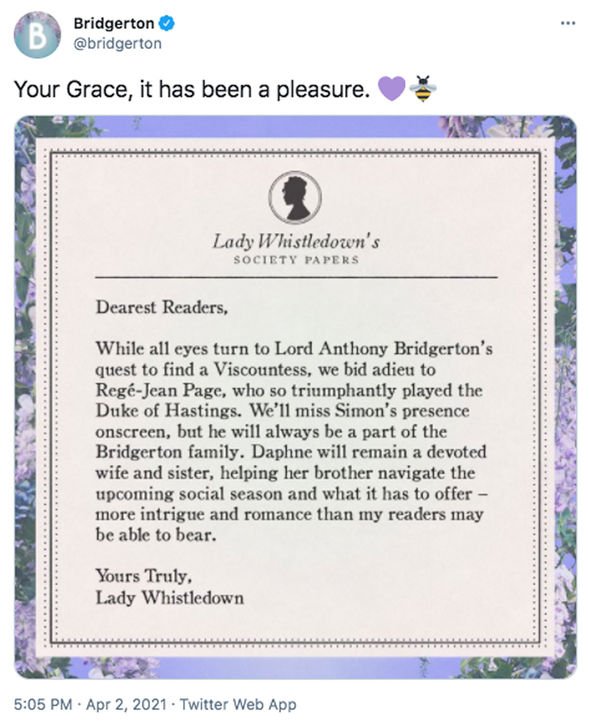 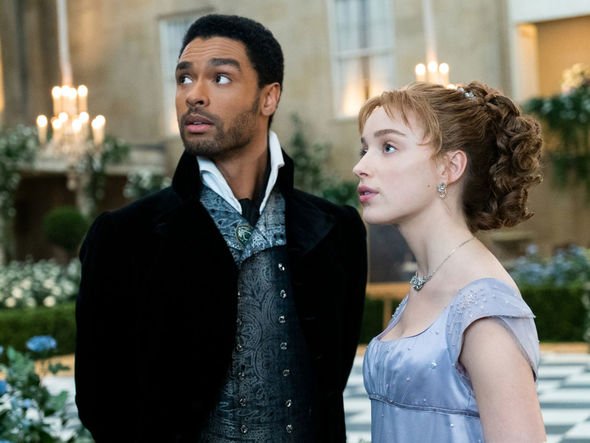 It read: “Dearest Readers, While all eyes turn to Lord Anthony Bridgerton’s quest to find a Viscountess, we bid adieu to Rege-Jean Page, who so triumphantly played the Duke of Hastings.

“We’ll miss Simon’s presence onscreen, but he will always be part of the Bridgerton Family.”

The post confirmed that his character’s wife, Daphne, played by Phoebe Dynevor, will continue to star in the show.

“Daphne will remain a devoted wife and sister, helping her brother navigate the upcoming social season and what it has to offer – more intrigue and romance than my readers may be able to bear. Yours Truly, Lady Whistledown.”

Rege also said it had been a “pleasure and a privilege” to be a part of the series, when he shared the post with his 223,500 followers.

“An honour to be a member of the family – on and off screen, cast, crew and incredible fans – the love is real and will just keep growing.”

The British actor’s departure went on to send the James Bond rumour mill into overdrive.

Rege has been regularly tipped to land the 007 role next after Daniel Craig’s exit.

In the meantime, fans of the period drama will be pleased to learn that Netflix has renewed Bridgerton for a third and fourth season.

The news was announced in a similar fashion to the one which announced Rege’s departure online.

“Esteemed members of the Ton, It seems we have a rather special announcement.

“Bridgerton shall return for seasons three and four.

“This author shall have to purchase more ink… Yours Truly, Lady Whistledown.”