Jonathan Goodwin, a stuntman on “America’s Got Talent: Extreme” is reportedly in the hospital after suffering injuries from a daring stunt that left him unresponsive.

TMZ, citing sources, reports that Goodwin was performing a stunt in a straitjacket that saw him hanging by his feet from a wire as two cars were also dangling in the air on either side of him. Goodwin was tasked with attempting to free himself from the restraints and land on an air mattress as he and the vehicles were swinging in the air.

The stunt reportedly took a horrific turn when the swaying cars crashed into one another, with Goodwin in between them. The cars then erupted “in a gigantic fireball,” the outlet reports, causing Goodwin to fall to the ground and hit his head.

Sources told the outlet Goodwin was unresponsive following the accident and some weren’t even sure if he was alive.

The daredevil was airlifted to a hospital and underwent surgery, the report says. His condition is currently unclear.

Representatives for the show did not immediately return Fox News’ request for comment.

Goodwin has a lengthy resume when it comes to performing the unthinkable. His website bio describes him as a “professional danger man” who has “put himself in the most extreme situations and dodged death each time.” 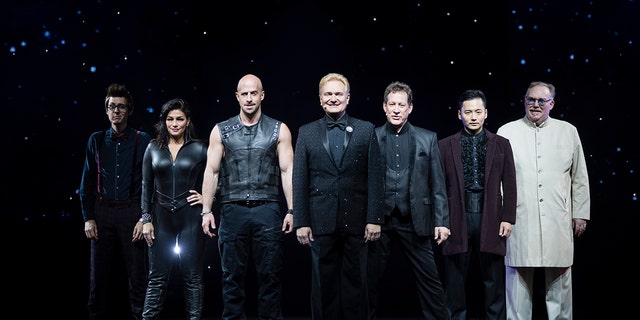 He’s starred in numerous TV shows around the world, including “Dangerman” on BBC America. He also works as a stunt advisor and motivational speaker.

“America’s Got Talent: Extreme” was announced as an expansion to the “America’s Got Talent” franchise earlier this month. WWE superstar Nikki Bella, rally car driver Travis Pastrana and Simon Cowell will serve as judges. Terry Crews will be the host. 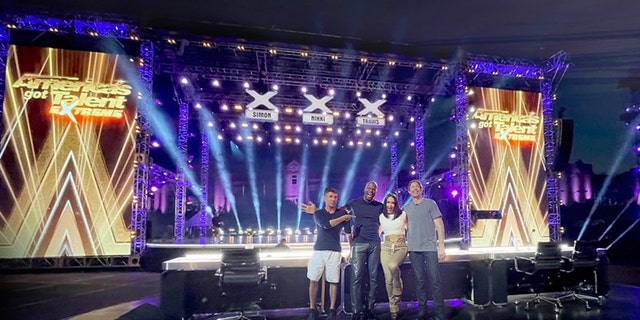 ‘America’s Got Talent: Extreme’ will see contestants go head-to-head in intense performances all for the chance to win a $500,000 prize.
(Rahul Bhatt/NBC)

The show has not yet received a premiere date. NBC announced the contestants will go head-to-head in intense performances, all for the chance to win a $500,000 prize and the title of the season’s champion.

According to TMZ, Goodwin appeared on “America’s Got Talent” in 2020 where he performed another bold stunt.