So many brides-to-be fantasize about wearing a custom white dress to walk down the aisle, but not all of them can say they had designers begging for the opportunity! Ariana Grande’s gown was literally made just for her… in a plan set in motion YEARS ago! Before she even met her new husband Dalton Gomez!

In light of Ari’s Instagram photo dump Wednesday, in which she shared the very first look at her secret wedding to the real estate agent, Vogue got the exclusive scoop on how her Vera Wang wedding dress came to be! Apparently, the 71-year-old promised to make the pop star’s outfit when they chatted at the Met Gala a few years ago! Considering the Scream Queens star rocked Vera Wang to make her debut at the event in 2018, it sounds like this has been in the works ever since then.

Not one to back out of a promise, the high-end fashionista fulfilled the promise three years later! The gorgeous look was said to be inspired by Audrey Hepburn‘s Jo Stockton character in Funny Face, with styling by Mimi Cuttrell and earrings by Lorraine Schwartz (which included both pearls and diamonds to match the singer’s unique engagement ring).

“A custom lily white, silk charmeuse, empire-waist column gown accented with a sculpted neckline, an exposed bra-strap closure, and a plunging back.”

You can see the stunning dress (below)!

Her earrings also had a special nod to the performer’s Sweetener era! If you look closely (especially at the third snapshot in the series above), one pearl hangs upside down, while the other is right side up, referencing the way in which the songwriter likes to appreciate the lowest or “upside down” moments of her life. Love that subtle touch so much!!

Fans in awe of the Victorious alum’s “half-up hair and soft curls” can thank Josh Liu for the look that stays in tuned with the Grammy winner’s signature ponytail! And her simplistic though jaw-dropping makeup has everything to do with Ash K Holm, who added a “pretty winged liner” with a sculpted brow to capture the natural beauty of the celeb!!

The groom wasn’t left out on the glitz and glam, either! Dalton rocked a stylish Tom Ford suit during the ceremony, which was kept small due to COVID-19. In fact, less than 20 guests were in attendance, but it was just the way the private performer wanted to spend her special day.

The intimate ceremony included Ariana’s mom Joan Grande walking her down the aisle! The former actress hinted previously at her desires for this to happen in her hit Thank U, Next when she belted:

That’s apparently exactly what happened! Her previously estranged father Ed Butera was also by her side. The happy couple married under cascading flowers hung from the ceiling, with her dog Toulouse around for the festivities, too! See Vogue’s candid wedding pics HERE!

While it may have been a secret event, Ari definitely left no stone unturned. It really does look like a dream come true!

Reactions, Perezcious readers? Can you believe Ari’s been planning her wedding dress for this long?! Let us know in the comments (below)! 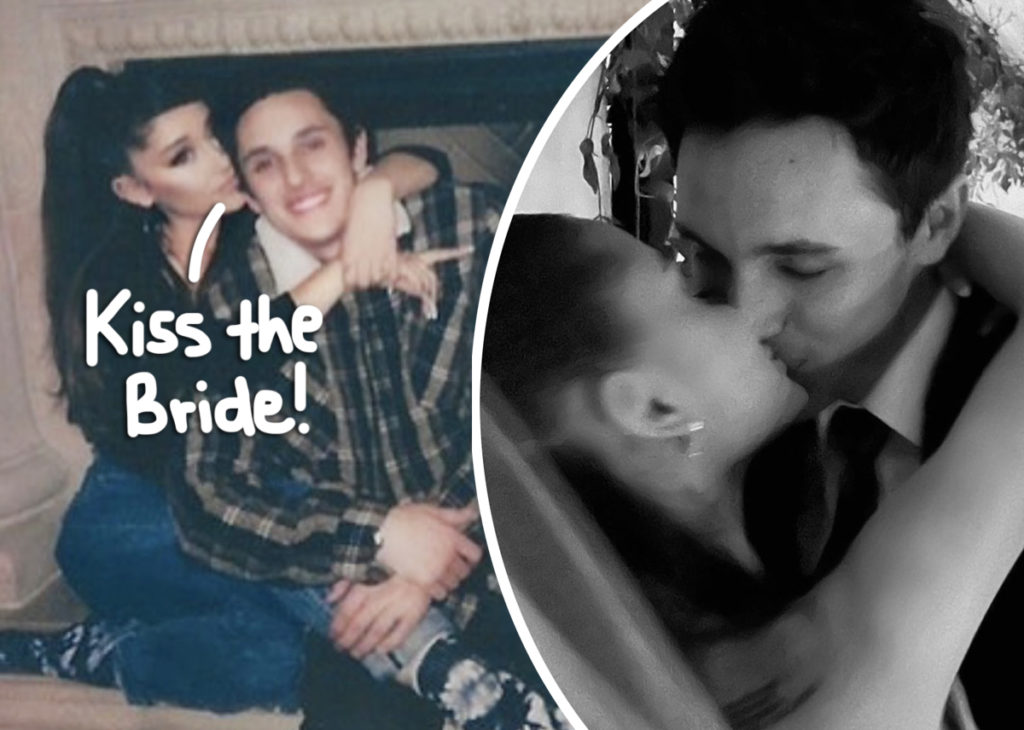 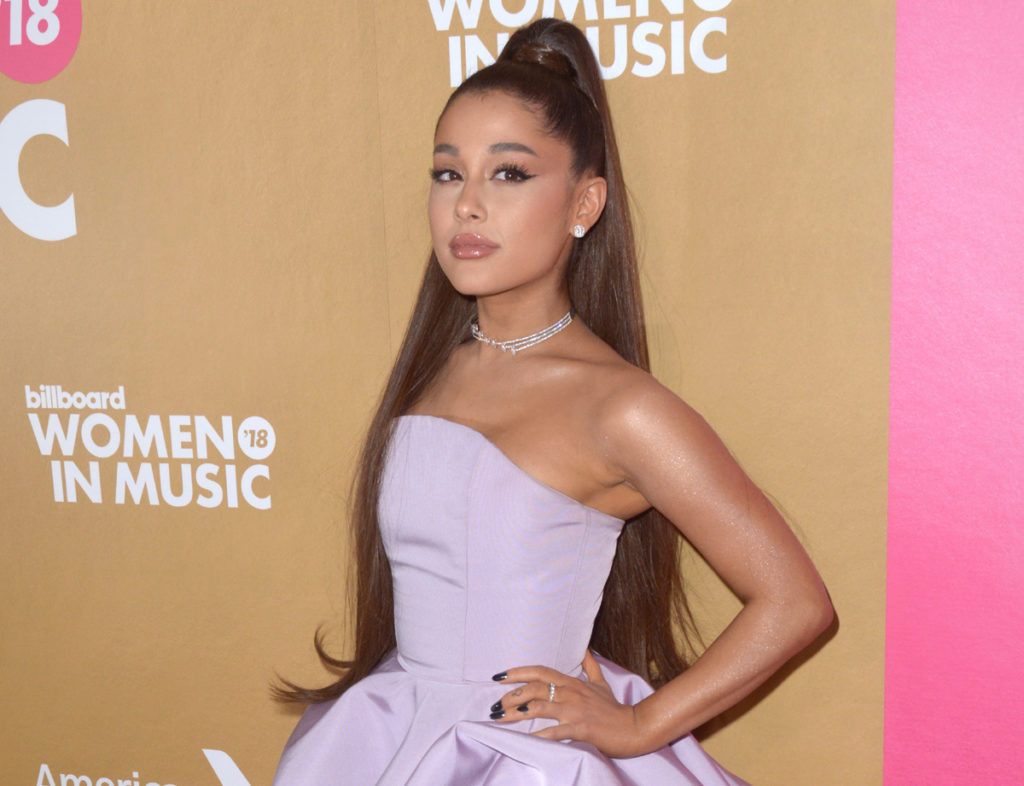 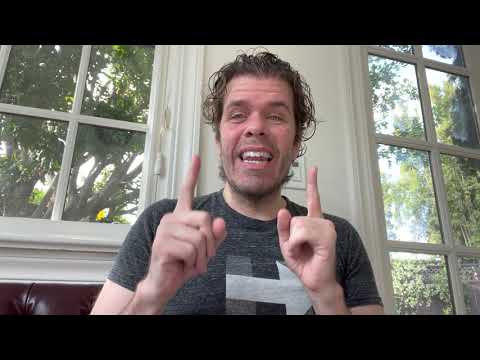 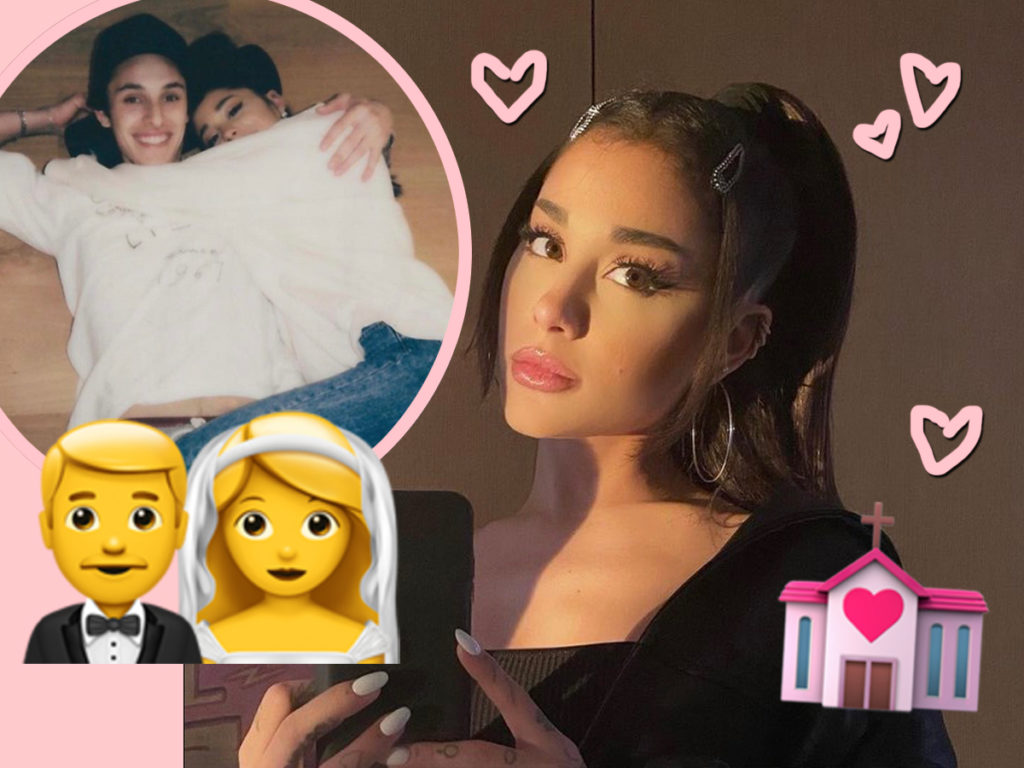