A sweet remembrance. Former Bachelorette star Tyler Cameron paid tribute to his late mother, Andrea Cameron, on what would have been her 57th birthday.

“Happy birthday to my angel,” the Florida native, 28, wrote via Instagram on Wednesday, May 26. “You always have my back. Grateful I got to share these moments with you.” His caption accompanied two photos of the duo at the People’s Choice Awards in 2019.

Andrea died in February 2020, two days after being admitted to the hospital for what turned out to be a brain aneurysm. Throughout the rest of the year, the reality star was open about the difficult time he was having coping with his mother’s death. 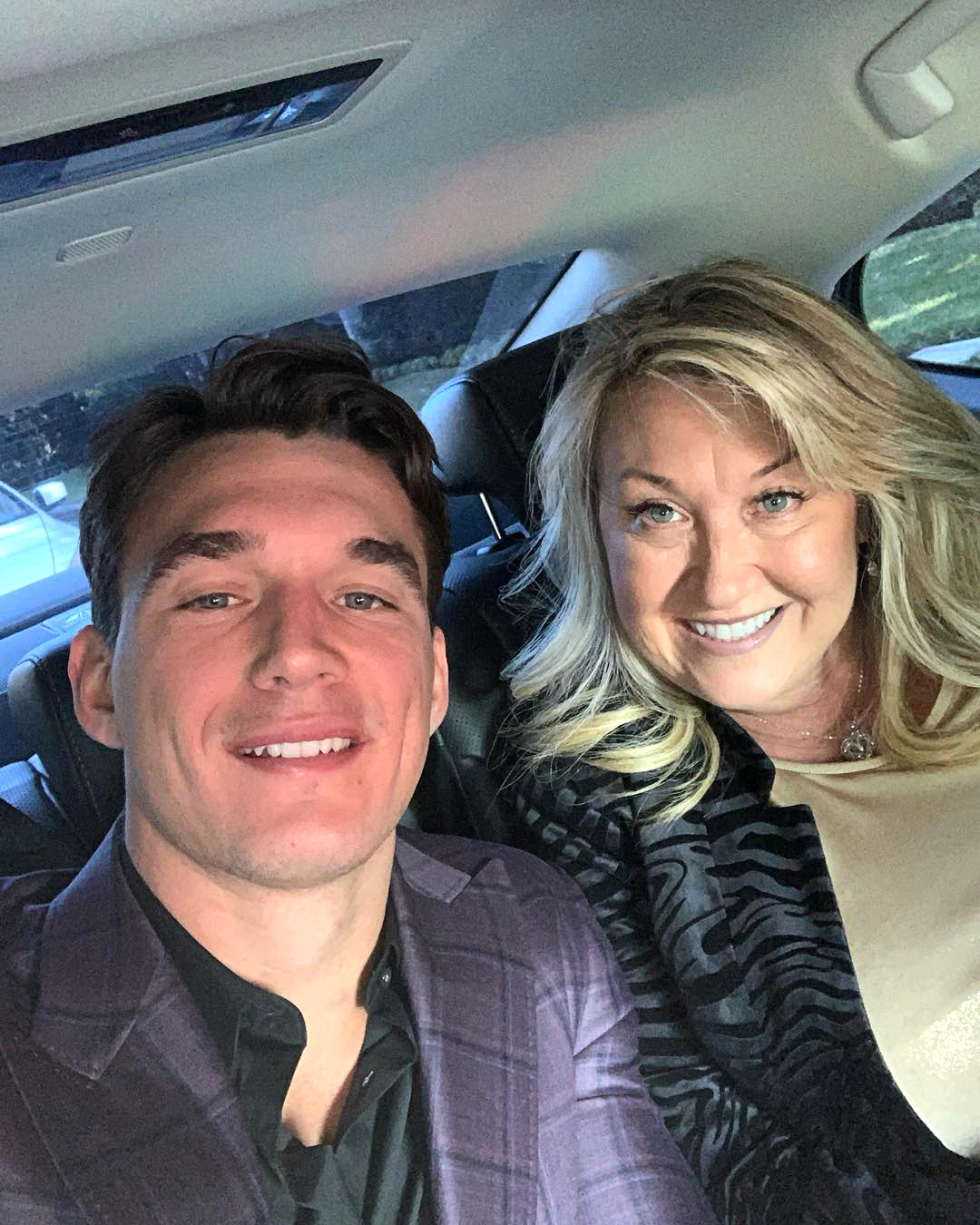 “Life’s been dark, life’s been tough, life has seemed like a continuous beat down at times lately,” the model wrote via Instagram in July. “One thing after another. But one thing I do know, life is still beautiful and the fight back is what makes it beautiful.”

He added that he would continue to think positively, even as he dealt with his heartbreak. “My life has been dark ever since I’ve felt the coldness of death,” he continued. “I ain’t been right. Simple as that. There’s only one way out into the light and that is to fight, heal, fight, heal and fight some more. But when I fight, I’m going to lead with love as I always have. I will always keep putting a smile on my face no matter how dark of times it is.”

Fans first met Tyler during Hannah Brown’s season of The Bachelorette, which aired in 2019. The general contractor was the runner-up to winner Jed Wyatt, but he and Brown, 26, have since maintained a friendship.

After Andrea’s death, the Alabama native attended a memorial service for her held in Florida. She later returned to Tyler’s hometown of Jupiter to spend time with him during the coronavirus pandemic. The reunion sparked rumors that the pair had rekindled their romance, but the contractor told Us at the time that their relationship was platonic.

“We have a great friendship,” he said in May 2020. “We both care about each other a lot and want each other to be happy.”

Brown, for her part, expressed the same sentiment later in the year, saying that the pair “never kissed” once during their time together.

“I think it’s just [us] trying to be cool being friends,” she explained in a video posted to her YouTube channel in October. “There’s no pressure. It feels like it’s more on our own terms. … It feels kind of good to say it.”