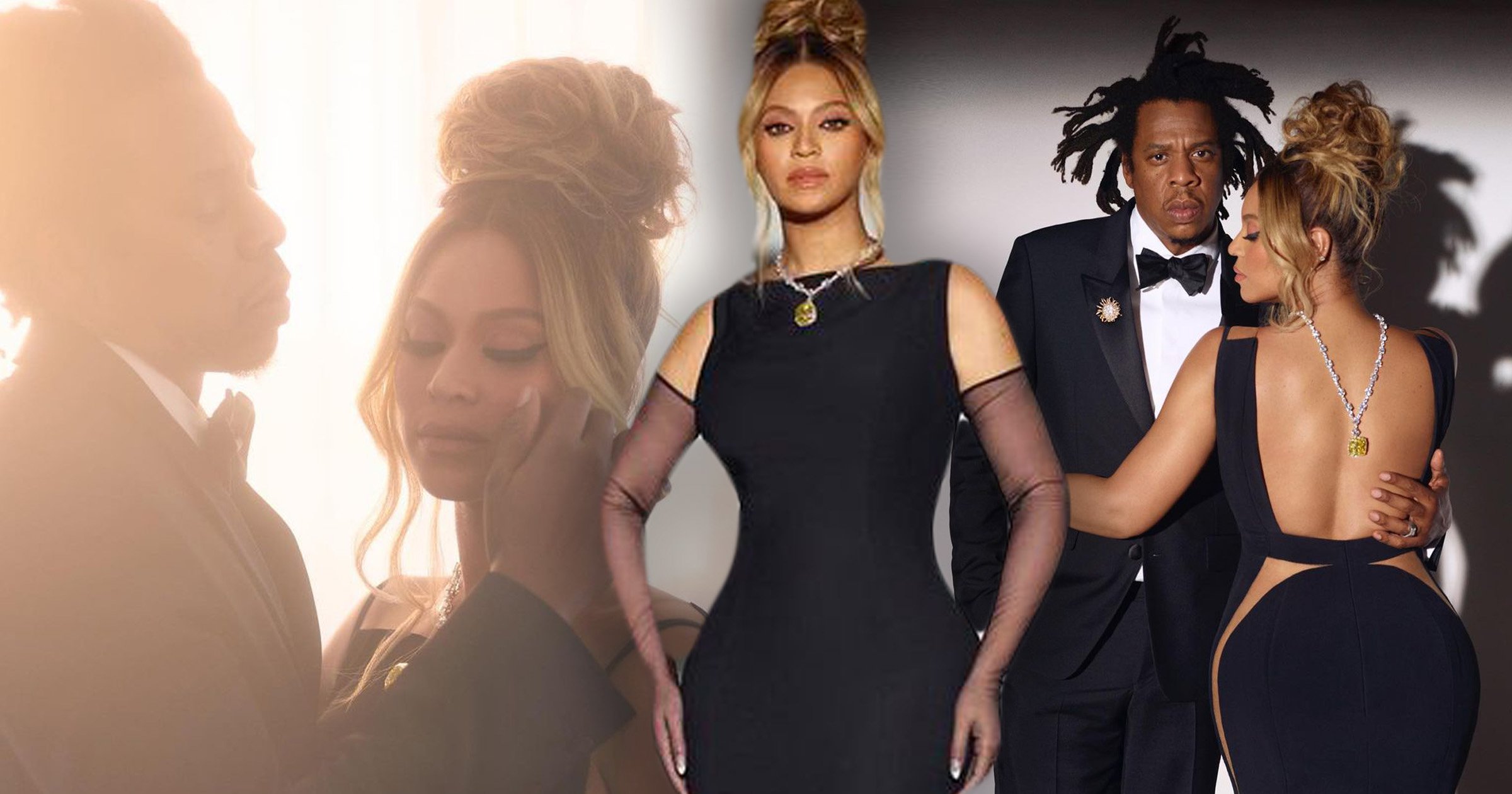 Beyonce and Jay Z have unveiled their stunning new campaign for Tiffany & Co, in which the singer models a priceless yellow diamond necklace.

The couple posed for the jewellery brand’s About Love campaign, with Bey sharing one of the striking images on her Instagram account.

In the photo, Jay Z, 51, can be seen reclining in a wooden armchair in a sharp black suit, gazing at Beyonce, 39. who channels old-school Hollywood in a fitted black dress with a train, paired with long mesh gloves and a chic up do.

The black dress allows the priceless yellow diamond around Bey’s neck to do the talking, as the singer is one of a rare handful of people who has ever worn the piece.

Only four people have been known to wear the 128.54 carat Tiffany Yellow Diamond, one of the largest yellow diamonds ever discovered at 284 carats in its rough form, which was mined in South Africa in 1878.

The jewel, which usually resides in Tiffany’s flagship store in Manhattan, New York, has only been worn by Mrs. E. Sheldon Whitehouse at the 1957 Tiffany Ball, Audrey Hepburn in 1961 publicity pictures for Breakfast at Tiffany’s, Lady Gaga at  the 91st Academy Awards and Beyonce in the current campaign.

Bey-Z told People of their new campaign: ‘Love is the diamond that the jewellery and art decorate.’

Alexandre Arnault, EVP of product and communications, added in a statement: ‘Beyoncé and Jay Z are the epitome of the modern love story.

‘As a brand that has always stood for love, strength and self-expression, we could not think of a more iconic couple that better represents Tiffany’s values. We are honoured to have the Carters as a part of the Tiffany family.’

As well as the beautiful images, the pair have filmed a video advert for the brand too, which will be released on September 15 and feature Beyonce’s rendition of Moon River, shot by Jay Z.