Britney Spears is feeling like a brand ‘new woman’ after taking to Instagram on September 13 to debut a fierce new look.

Everything is changing in her life, so why not her hair, to? On September 13, Britney Spears, 39, took to Instagram to share her latest hair transformation – a shoulder-length chopped hairdo with fiery red tips.

In the short clip the singer shared, Britney can be seen rocking a pink bikini and nude heels to showcase her fierce cherry red highlights which were under her usual blonde locks! She shook her hips, whipped her new hairdo to the camera, and even added in a powerful strut in the video. She completed the look by adding her favorite choker-style necklace.

“I was kinda inspired to go red and then I cut all my hair off and now I feel like a brand new woman,” the pop icon wrote. The “Toxic” singer gave her fans a bit more insight into a few of her favorite things in life and continued, “I’ll be honest and say that since I’ve been on a break from the industry I realized it was the simple things I’ve missed the most!!” See the look for yourself, below.

Fans immediately took to the comments to share their thoughts on the look. “Short hair has always looked amazing on you!!,” one fan wrote. “Sooooo happy for you! Honestly, warms my heart you are in such a good place. Congratulations on your engagement. Wishing you every happiness,” another fan commented. “I HAVE A PIE IN THE OVEN…. I HAVE A PIE IN THE OVEN…. PIE IN THE… OVEN… PREGNANT-NEY?,” a third fan eluded hinting that perhaps Britney is expecting.

The hair transformation comes, one day after announcing her engagement to her beau of five years Sam Asghari, 27. The “Lucky” singer confirmed her engagement on September 12, after posting a picture of her huge Neil Lane sparkler on Instagram. The lovebirds met on the set of her “Slumber Party” music video in 2016 and have been an item ever since. 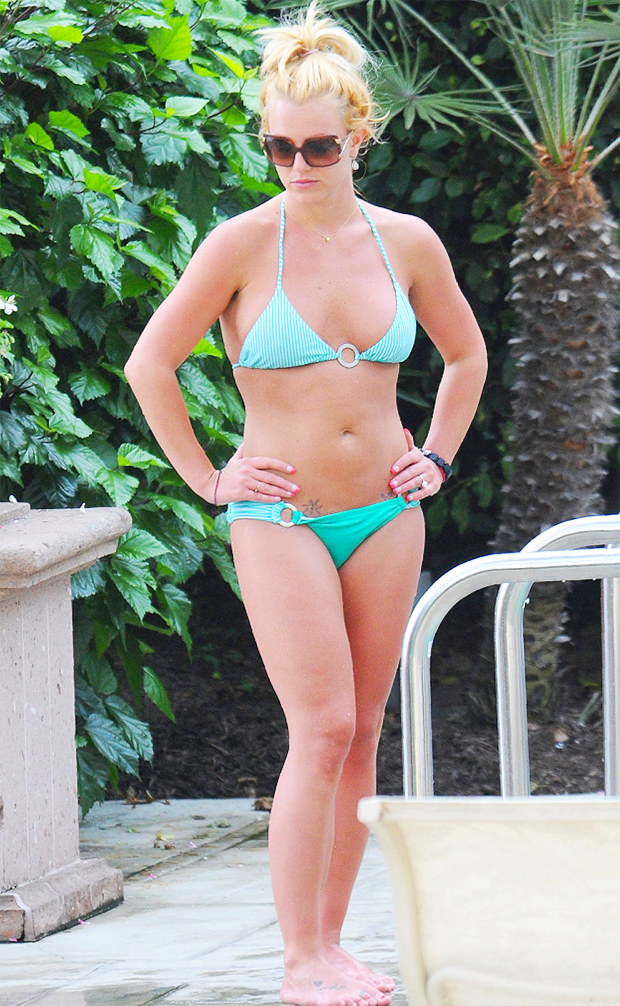 Things have been looking up for the songstress as of late. New hairdo, new fiancé, AND a free woman. As fans would know, there have been major strides in terms of Britney’s conservatorship, and by her next court date, September 29, Britney could be ‘free.’ The news comes after her estranged father Jamie Spears, 69, has agreed to step down as conservator of her estate. Family law attorney Sabrina Shaheen Cronin, who is the founder and managing partner of The Cronin Law Firm, JD, MBA, says the singer’s conservatorship could “end as early as the next hearing,” and it would be “effective as soon as the judge signs it.”

“If, after hearing the arguments for ending the conservatorship, the court decides that Britney has regained her capacity to make decisions for herself, such as what to spend her money on and whether to have another child, then the judge could rule that the conservatorship should end, and Britney will regain control of her life,” Cronin EXCLUSIVELY tells HollywoodLife. “The court could issue an Order to Terminate the conservatorship at the next hearing and it will become effective as soon as the judge signs it.”