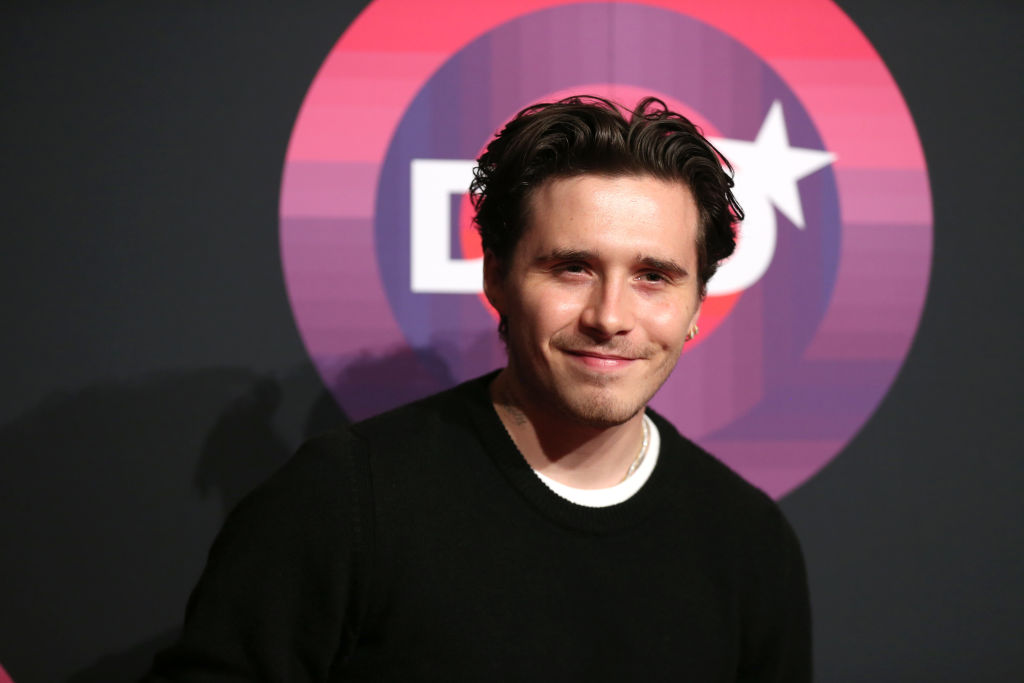 The son of footballer David Beckham and Spice Girl-turned-designer Victoria Beckham is said to have already shot an arty black and white campaign for the brand, in which he shows off his tattoos.

In an invitation obtained by The Sun, the keen photographer will be helping launch a new sustainable style collection for Superdry, alongside their new flagship store on Oxford Street early next week.

The launch party is set to take place on Tuesday.

A source told the publication: ‘This is a huge opportunity for Brooklyn and will cement him as a real name in the men’s fashion world.

‘It’s a great gig for him to land and has given him focus.’

They also highlighted that the aspiring TV chef was ‘keen on sustainability’ and ‘excited to get stuck in’.

Brooklyn can add this latest gig to his growing modelling portfolio, with him and his fiancée, American actress Nicola Peltz, 26, already the face of Pepe Jeans.

The 22-year-old has already appeared on the cover of Vogue China, having started modelling back in 2014, and landed the digital cover of Vogue Hong Kong with a mirror selfie in June.

His younger brother Romeo, 19, also famously starred in a Burberry Christmas campaign at the tender age of 12, so combined with Victoria’s designer label and make-up empire, fashion runs deep in the Beckham blood.

At the time, co-host Keke Palmer was seemingly unsure who he was as she greeted Nicola, unwittingly creating a throwback to her famous ‘I don’t know who this man is’ meme.

However, with this deal under his belt, Brooklyn is likely to make more of a name – and a face – for himself.

Metro.co.uk has contacted reps for Brooklyn and Superdry for comment.