BBC Breakfast‘s weather star Carol Kirkwood, 58, was left shocked yesterday morning after presenter Naga Munchetty introduced her forecast on the show by referring to her as a “bat”. The light-hearted joke tickled Carol who burst out laughing on-air and afterwards, she responded the fan reaction on Twitter too.

Naga is SO NAUGHTY!

She hit back at her co-star, calling her out as “naughty” for the comment.

“Naga is SO NAUGHTY!” she wrote in a reply to a fan who was also chuckling at the humorous joke between the presenters.

The hilarious exchange comes after sports presenter Mike Bushell told a bizarre story about a bat getting caught between his helmet and sunglasses while he was out cycling on holiday in Greece. 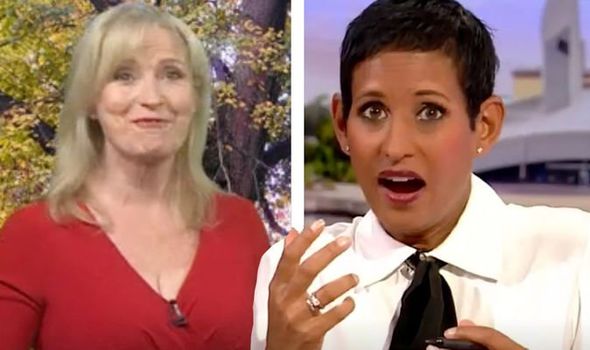 “I was very nervous of animals whenever I cycled,” Naga said, after Mike’s report on cyclist Chris Froome falling behind the Vuelta an Espana due to horses on the road.

“I had an incident with a bat, when I was cycling down a hill in Greece,” he giggled.

“I had a helmet and sunglasses, and the bat wedged itself between them and I couldn’t see, so I ended up in a bush!”

There was silence for a second as Naga and co-host Charlie Stayt looked at each other in disbelief. 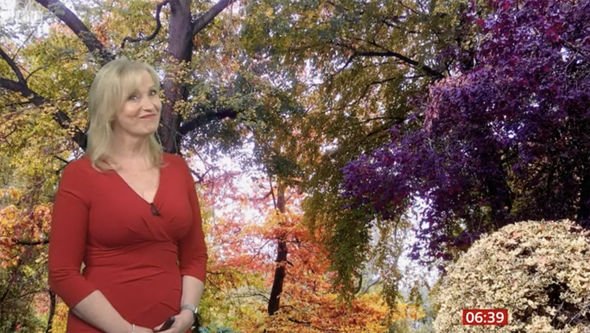 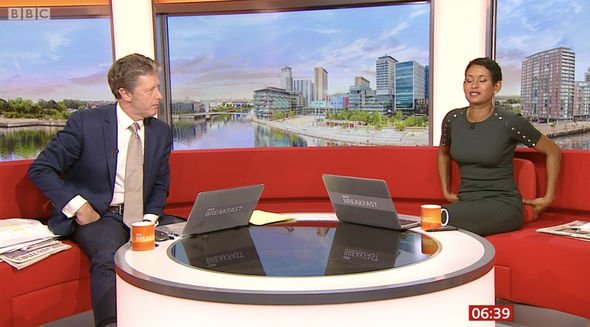 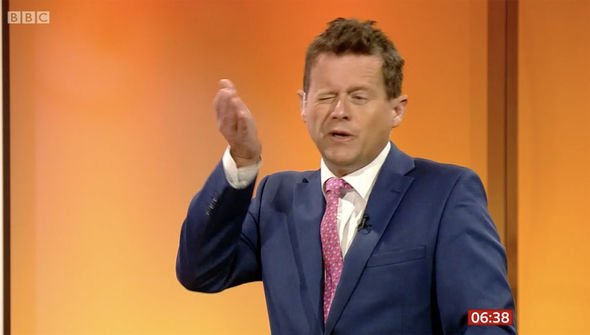 “Hold on, there was a bat…” Naga repeated, unable to fathom the concept.

Mike finished: “…Who flew into my face and got wedged between my glasses and my helmet and my eyes.”

“How big was the bat?” Naga questioned but Mike was too busy recalling that fateful day.

“A few seconds of flapping, I was in the bush, the bat thankfully got away,” the sports reporter continued.

“Was this daytime or night time?” Charlie interrupted as Mike revealed the incident happened at around 6pm.

“How big was the bat?” Naga reiterated as he answered: “Well it seemed like an enormous fruit bat!”

“That poor bat being stuck on your face between you and your sunglasses!” she howled.

“I know! I’m not denying there should be a lot of sympathy for that bat,” Mike joked.

How long ago was it?” Charlie enquired and Mike said it happened “back in the 90s”.

As the sports star concluded his segment, Naga took over and commented: “I was going to be so rude, and she [Carol] would so tell me off later, talking of bats…”

“You’re on fire this morning! Good morning everyone, and I’m going to swiftly move on!”

BBC Breakfast airs everyday at 6am on BBC One.