There's something about putting a celebrity in a car that makes them seem oh so "relatable" (a word that might make some cringe but, with its enduring popularity, I think we just have to accept exists). 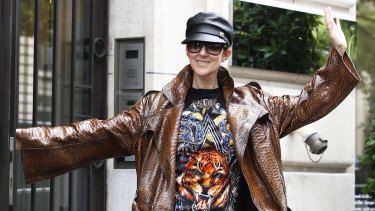 "Celebrities, they're just like us," we think, as we watch a frustrated Geri Halliwell drive a Suzuki Liana along a rainy road. "Adele and I have comparable life experiences," we believe, as the multi-Grammy winner raps Nicki Minaj in the car with a friend. It is the same principle which sees us plebs get excited about famous people posting pictures from the unremarkable parts of their day to social media: Rihanna having a night in instead of attending the Met Gala ("same"), the countless no-make-up selfies.

But, of course, celebrities are not just like us. They are richer, and more powerful, and have smaller pores on account of their access to better facialists. And, sometimes, it is more interesting for them to just admit that.

During Celine Dion's recent stint on Carpool Karaoke, she revealed she has 10,000 pairs of shoes.

"Let's talk about shoes," Corden began. "Shoes are a very important part of your life. How many pairs of shoes do you think you own?"

"Maybe, but I didn't want to say it," Dion said, before nonchalantly explaining she stores them in "a place in Las Vegas, let's call it 'a warehouse'."

When she lived in Florida, prior to her Las Vegas residency, Dion said she had a system ("it was, like, computerised") which allowed her to call up all shoes in her wardrobe of a certain colour for her to choose between, technology which makes Cher Horowitz's wardrobe in Clueless seem restrained.

Queen Celine has never pretended to be a commoner – her 1994 wedding to her manager, the late Rene Angelil, was even royally broadcast live on Canadian television – but, her openness about her extravagant life is certainly the opposite of "relatable". It's the MTV Cribs principle of fan engagement: show yourself off, you shiny, beautiful thing, and all of the shiny, beautiful things you have.

Yet that makes me love her more.

It hasn't all been highs for Dion. Far from, in fact. In late 2016 she lost her husband and brother to cancer within days of one another.

The woman is living her best life and it is a life of excess. Dion goes about her days in head-to-toe outrageous couture, responds to questions about her love life in song and promotes her gender-neutral children's fashion line with a mini movie of herself as a feminist assailant, single-handedly solving gender equality.

When the Duchess of Cambridge is trying to convince us she is just a regular mum by taking her own pictures of her kids, Kim Kardashian is pushing out Instagram coverage of her legal study, and Oscars attendees think it is their civic duty to post some sort of "getting ready" picture which shows they, as if we didn't already know, don't wake up in a Dior gown with a full face of slap, "extra" celebrities such as Dion (and Cher, Beyonce and Kanye) are a welcome reprieve.

People follow celebrities for the theatrics, as an escape from their mundane lives. They can get no-make-up selfies from their aunt who loves a Facebook "charity" challenge.

Perhaps the most relatable thing a famous person can do is stop pretending to be normal and admit their shoe collection requires its own warehouse.