Stella Kidd continued to prove why she’ll be a great lieutenant during the May 5 episode of Chicago Fire. She received a call from one of the girls who participated in Girls on Fire and helped save the girl and her brother. The young woman showed up at the end of the episode to thank Stella for saving her life. HollywoodLife spoke EXCLUSIVELY with Miranda Rae Mayo about what Stella was feeling in that moment when she came face-to-face with the girl she saved.

“I think it’s overwhelming,” Miranda told HollywoodLife. “I think it’s so much that Stella can’t even put it into words. I think that Stella experiences severe Imposter syndrome. She even deflects when the girl says she saved her life. She’s like, no, you saved your life. It’s valid and I love how the goal is to empower that young woman to know you are strong. You are the one. It’s all within you. Everything you’re seeing in me, it’s you. Also, I think it’s a way for her to not fully take in just how magical she is, you know what I mean? How magical Stella is, what a good leader she is, all of the things that she really is doing. I think it’s not until that moment with Severide when he’s like, ‘Hey, I just want to stop for a second. Do you get it? That’s why you’re going to make a great lieutenant.’” 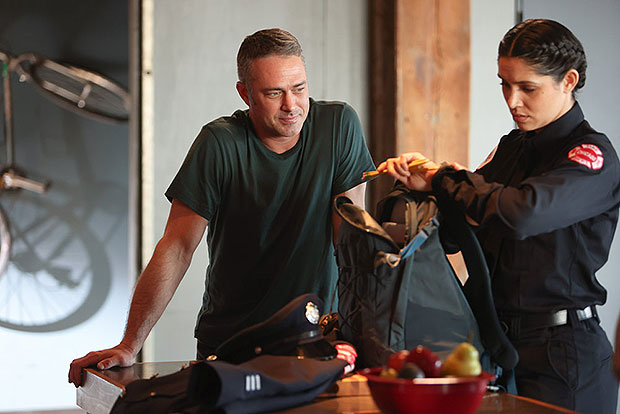 Before she went off to take her lieutenant’s exam, Severide reiterated what we all know to be true. “I think it does mean a lot to her to hear it come from Severide, even though everybody else can see it,” Miranda continued. “It’s 1,000 percent the truth, but to really have him hone in and be like, I just want to make sure that you understand that you’re amazing. It means a lot to her.”

After months of studying, Stella is finally taking her lieutenant’s exam. So, what’s next after taking the big test? “I think she wants to work, she wants to drink, and make love with her man,” Miranda said. “Those are the three things that she wants to do.” Sounds like a plan!

Speaking of Stellaride, Miranda teased a “big Stellaride event” in episode 15. Stella and Severide have been together a long time now, so is it time for him to put a ring on it? “Yeah, Stella’s amazing and is amazing for him. Why wouldn’t he? I just think that for Stella, I don’t know if she would say yes,” Miranda admitted. “We’ll have to see. It’s kind of like Casey and Dawson. I don’t think that she wants to make a big deal about it at all. I do think that she wants a ring, though.” 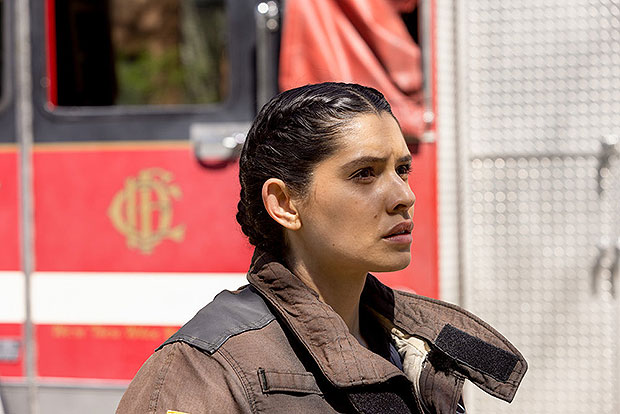 Miranda also weighed in on the Casey and Brett situation. Brett put her foot down earlier in the season after Casey couldn’t say he over Dawson completely. “I really respect Brett for laying down boundaries,” Miranda told HollywoodLife. “She was just like, I’m not comfortable with this. I want all of you or none of you. What I really liked about watching their dance and their journey is you see Brett really soften because of the love that she has for this man. If it weren’t for the love at 51 and the people, I think as soon as he wasn’t totally certain about being over his ex, she would have run away. She kind of did, you know what I mean? She really shut herself off from him for a while because how that must of just hurt. But I love how she lets herself open back up to him slowly and says, even if you are in love with your ex — she’s convinced that he is, I don’t know that he is — I still want to make space for our friendship. With Casey, I really love and respect that he has taken the time to get over Dawson. I really love that we as viewers see him not just kind of galavanting off with a bunch of women. He was in love with this woman. I think that that’s really beautiful and mindful. And it makes sense why those two characters would be right for each other.” Chicago Fire airs Wednesdays at 9 p.m. on NBC.