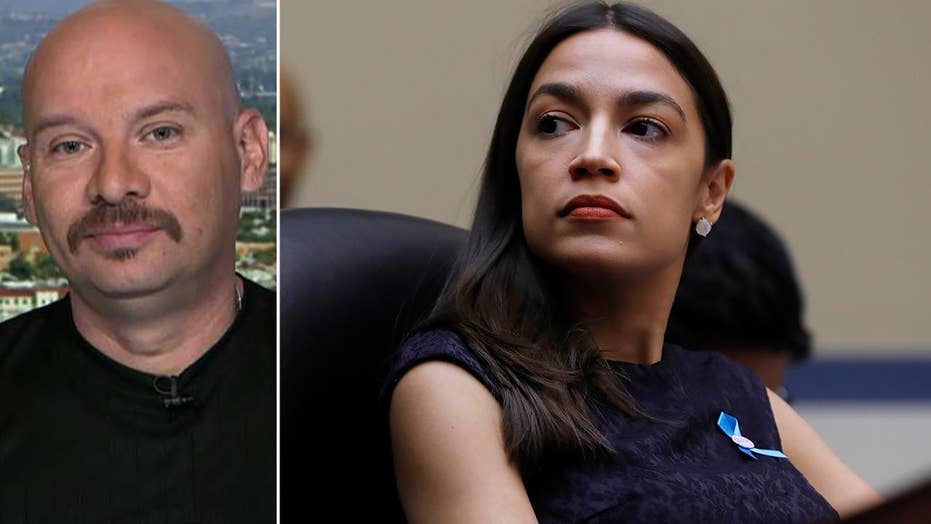 The National Border Patrol Council is calling remarks made by Democrat Rep. Alexandria Ocasio-Cortez about the U.S. ‘running concentration camps at the southern border’ a slap in the face.

CNN anchor Chris Cuomo argued on Tuesday night that the phrase "America First" is "equally stained" as the term "concentration camps" during a panel discussion about controversial remarks made by Rep. Alexandria Ocasio-Cortez, D-N.Y.

During a Monday night livestream on Instagram, Ocasio-Cortez declared that the U.S. government is "running concentration camps along the southern border" and claimed that the Trump presidency is "fascist." The congresswoman and her defenders pushed back at critics outraged by the terminology invoking the Holocaust, saying she meant the literal definition of "concentration camps," which predate Nazi Germany.

Pro-Trump commentator Steven Cortes blasted Ocasio-Cortez, saying "we all know what the connotation of concentration camps is" and that "99" out of 100 people would say the term is connected to Nazism. Cortes also noted that the lawmaker had used the phrase "never again," which is "specifically linked to the Holocaust."

"She also demeans the current American citizens, many of whom are Hispanic, who do the very hard and dangerous work of guarding our border," Cortes said. "She equated them by association to Nazi SS guards and that is disgraceful. AOC should apologize at the least and probably resign."

"No," Cortes shook his head. "I've totally disagreed that it's a stained word."

"You may, but you are wrong," the CNN anchor declared.

"No, I'm not," Cortes reacted. "You don't get to define what nationalism means for me."

"Yes, I do," Cuomo continued. "I'll make you a bet. Steve, let me know what movement defined itself as nationalism that was positive and not oppressive to another."

The GOP commentator quickly responded with "American nationalism," which Cuomo dismissed as something that was non-existent and that Cortes was actually talking about "patriotism."