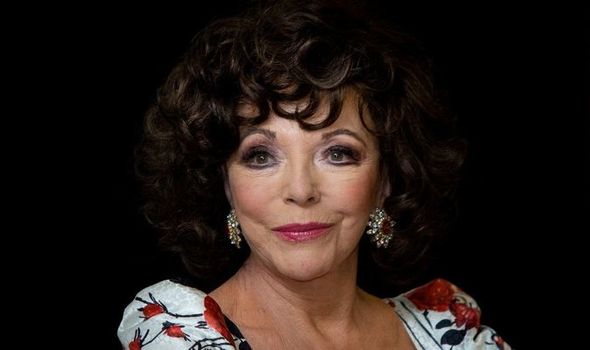 The former Dynasty star also reflected on the Me Too movement and actor Chris Noth, who has been fired from shows following allegations of sexual assault. Her comments followed those of Maureen Lipman who last week warned that the UK was on the “cusp of wiping out comedy” through fear of offending people.

She said at the time: “I think it’s in the balance whether we’re ever going to be funny again.”

Asked if her outspoken attitude made her worry she would be cancelled, Dame Joan said: “I don’t worry about it. I think it is tragic that people can get cancelled for having an opposite opinion to one that is currently en vogue. It is just closing down debates, closing down interesting conversations.

“Why should everybody feel the same way about everything? It is very boring really.” The 88-year-old actress spoke to Radio 4’sWoman’s Hour to promote her New Year’s Day BBC documentary This Is Joan Collins.

What is happening where you live? Find out by adding your postcode or visit InYourArea

On Sex And The City star Noth, 67, who has denied multiple allegations of sexual abuse in recent weeks, Dame Joan said: “Who knows what he did? I know him and I am not going to judge him because who knows who these women are? But his career is wrecked, absolutely wrecked from doing what he did.”

Dame Joan also addressed her own fight for equality during her early showbiz career.

While her father warned her men in the entertainment industry were “predatory”, she said she had to handle poor treatment.

The star said: “It didn’t just start when I went to Hollywood. I started in the business at 16 and it started then.

“I coped with it by laughing a lot. Men cannot stand it when you laugh at them.”