BBC News presenter Simon McCoy, 59, confirmed he had left the show after nearly 18 years on Twitter. The news came after floor manager Niall Jackson let slip it was his “final day”. Sam Taylor, Head of Live & Breaking for BBC News, told Express.co.uk: “Sharp, funny and a great colleague – it has been a delight to have Simon at the helm of the BBC News Channel and BBC News at One.

“We’ll miss his one-liners, pregnant pauses and commitment to breaking news in every form, and wish him the very best for the future.”

Fans and colleagues of the BBC veteran have since shared their support for him on Twitter.

“Always enjoyed working with him & I think we’ll all miss moments like this [crying with laughter emoji].” 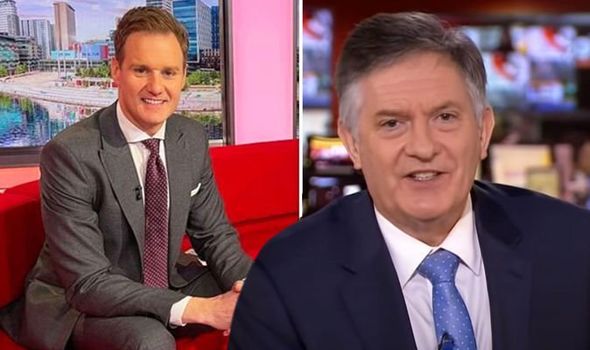 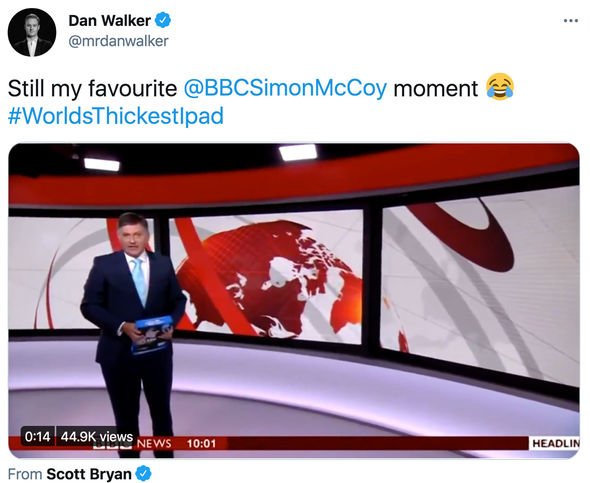 Dan was referencing a clip in which Simon sarcastically told viewers to “get the time booked off”, as the Duke and Duchess of Cambridge announced their third baby news.

He went on to share his “favourite” video of the news presenter appearing to hold a box of paper, as he discussed the latest headlines.

The news presenter is known for his cheeky comments and gaffes live on air. 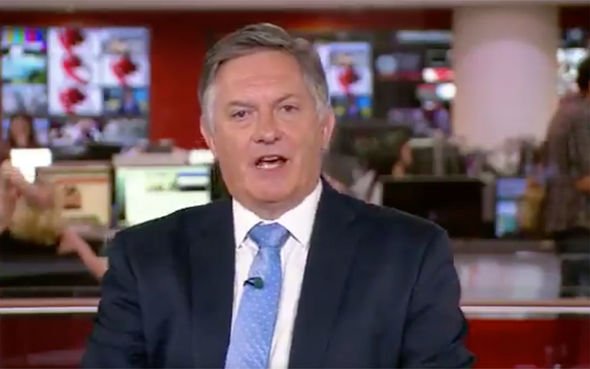 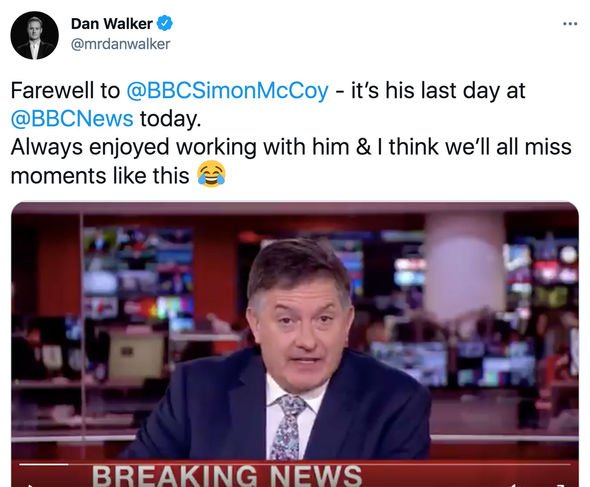 Following the news of his departure today, Andrew Neil confirmed he will be joining GB News.

Director of News and Programmes, John McAndrew, said of his signing: “Simon’s journalistic integrity, warmth and personality is a perfect fit for what we’re doing at GB News.

“He’s a brilliant journalist with an exceptional ability to relate to people in an upbeat way so we’re keen to get him out from behind a desk and talking to people from all parts of the United Kingdom.”

Earlier today, fans were convinced he may have been leaving the show to replace Piers Morgan, 55, on Good Morning Britain.

Piers quit Good Morning Britain after five years earlier this month after refusing to apologise for remarks he made about Meghan Markle.

He has since been replaced by multiple presenters on the show including Ben Shephard and Ranvir Singh.

While the show is yet to confirm a permanent replacement, fans suggested Simon could be a good fit.

One user wrote: “Simon McCoy to replace Piers M. #gmb ? could be just that.”

“The biggest positive of the change is that people *like* Simon McCoy – they say a change is as good as a rest.”

A third added: “I wonder if Simon McCoy leaving BBC news means he may be taking Piers Morgan’s place on GMB? #BBCBreakfast.”