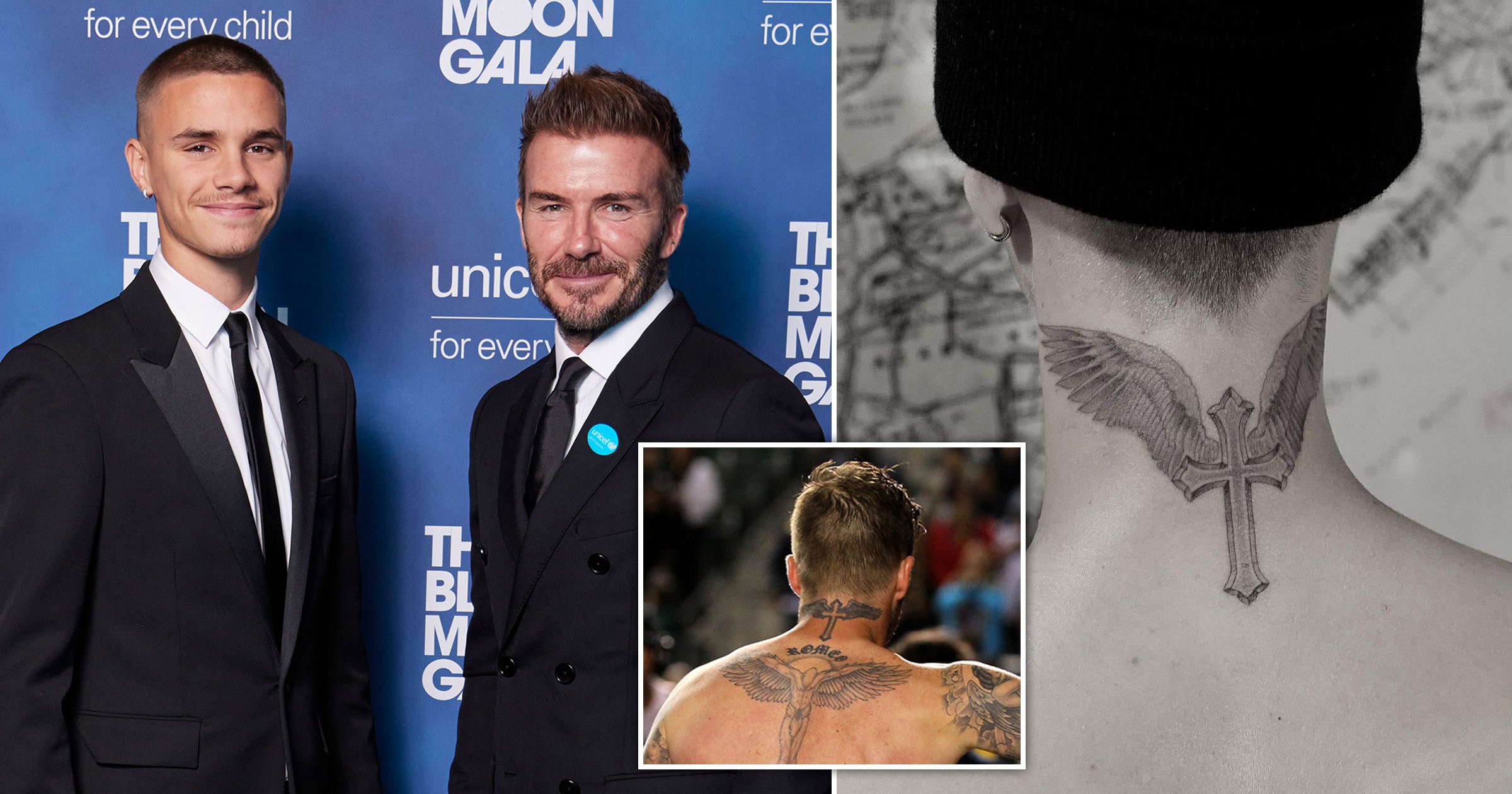 Romeo Beckham has paid tribute to his father David Beckham with a new tattoo.

The 19-year-old has followed in his father’s footsteps in multiple ways, including by taking up a career in football, and now, getting a tattoo heavily inspired by him.

Romeo unveiled his new ink on Instagram where a black-and-white photo shows a winged cross on the back of his neck.

As pretty much everyone knows, football fan or not, his father David, 46, has the same tattoo in the very same place.

The teenager told his 3.2 million Instagram followers that he had visited tattoo artist Brian Woo, known as Dr Woo, in Los Angeles to get the design.

Justin Bieber, who also has a pair of wings inked on the back of his neck, was among those praising the tattoo – and revealed he had also been inspired by the former England footballer.

The 27-year-old pop star wrote: ‘Love it, it was ur dad that inspired mine too. Looks great. (Sic)’

Romeo, who recently made his professional debut for Inter Miami’s reserve team, has several other tattoos, including a dove on his hand with the words ‘lead with love’ inked below, and an eagle on his leg.

His father, meanwhile, has around 60 tattoos – though Romeo may catch up to him before too long.

Romeo and David, who are extremely close, (thanks in part to being so similar), also share a love of football, with the pair regularly attending matches together.

In December, they watched Manchester United play and, although the final result was ‘not the result’ Romeo wanted, he said he still had an ‘amazing night’ with his father.

David himself started his professional football career at Manchester United in 1992 at the age of 17.

He left the club in 2003 and went on to play for teams including Real Madrid and LA Galaxy.

Romeo meanwhile is now as much a celebrity in his own right as his famous parents, with a promising football career ahead of him; in September 2021, he made his professional debut for American team Fort Lauderdale CF – Inter Miami’s reserve team – which is owned by David