Demi Lovato went down a dark drug hole in 2018, becoming addicted to heroin and experimenting with meth and crack after relapsing.

Demi Lovato didn’t just have a fall off the wagon in 2018 leading up to her near fatal drug overdose. She went all out trying every drug imaginable in April 2018, after ditching her six years of sobriety. The 28-year-old singer is revealing in her new documentary, Dancing With the Devil that she tried meth and heroin for the first time, and became badly addicted to the latter. She even detailed a night when she mixed so many drugs together with alcohol — including coke, Molly, OxyContin and more — that it should have “killed” her right then.

Demi reveals in the doc that a month after celebrating six years of being sober in March 2018, she realized she was unhappy and sadly returned to using alcohol and drugs. “I remember thinking to myself, I don’t even know why I’m sober anymore. I’m so miserable. I picked up a bottle of red wine that night. It wasn’t even 30 minutes before I called someone that I knew had drugs on them,” she says. “I’m surprised that I didn’t OD that night.” 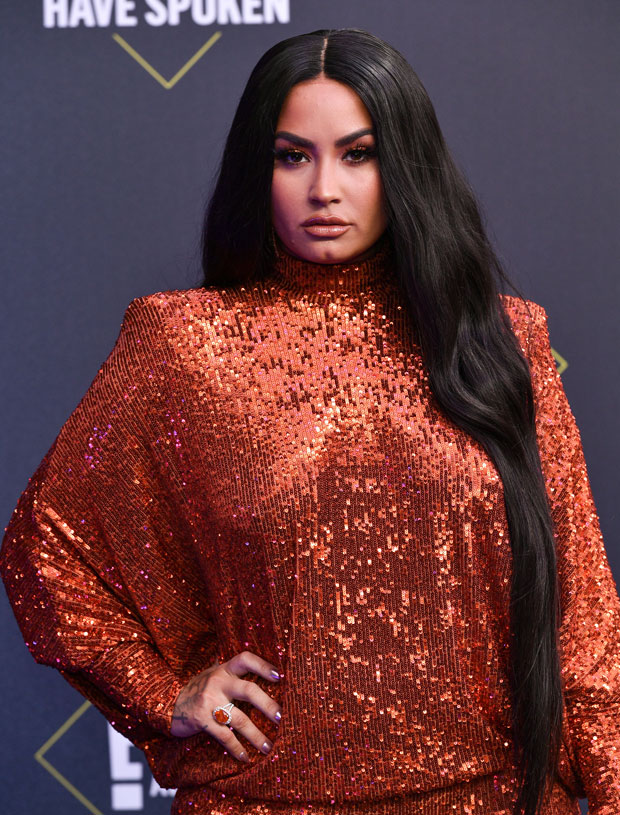 She said her former drug dealer had a “duffle bag” full of narcotics and “I just went to town. I went on a shopping spree.” Demi recalls, “That night, I did drugs that I had never done before. I had never done meth before, I tried meth. I mixed it with Molly, with coke, weed, alcohol, OxyContin. That alone should have killed me.”

Demi got in so deep into drugs, saying that the “floodgates were open” and she made the fateful decision to try the highly addictive opioid heroin for the first time. She later asked her dealer if he had cocaine and the prescription anti-anxiety drug Xanax. Demi explains “He said, ‘No, but I have crack and heroin.’ I’m like, ‘I’ve always wanted to try it.’”

The “Sorry Not Sorry singer says that when she realized that she had become dependent on heroin use, she ended up writing the song “Sober” — released in June 2018 — about her struggle with no longer being clean. Demi reveals she was able to go without using heroin during the European leg of her Tell Me You Love Me world tour between May 24 through June 29, 2018 even though she says she was drinking alcohol during that period.

“When I came back to L.A. after the tour, I picked up where I had left off. I was very heavily using,” Demi explains of her heroin addiction. She even ended up forgetting the words to “Sober” — because she wasn’t — during a July 22 performance at the California Mid State Fair in Paso Robles, CA, which was two days prior to her overdose.

Around 5:30 in the morning on July 24, Demi’s dealer came over to her Hollywood Hills home and she smoked heroin that unknowingly to her was laced with the highly potent synthetic opioid fentanyl. Her then-assistant Jordan Jackson found the singer unresponsive when she arrived to take Demi to a pre-scheduled doctor’s appointment. She recalls going into Demi’s bedroom and finding her turning blue, as Jordan reveals, “It was just like, she’s dead for sure.” Demi’s head of security was called as well as 911, and paramedics arrived just in time to save the singer’s life from the near deadly overdose

The EMT’s administered the opioid overdose reversal drug Narcan, and Demi revealed in the teaser trailer for her documentary that “My doctors said that I had five to 10 more minutes” left to live if she hadn’t been treated in such a timely manner and rushed to the hospital. But she was hardly out of the woods. Demi also revealed in the teaser that she suffered “three strokes and a heart attack” following her OD and in the new documentary reveals that she temporarily went legally blind.

Demi shared with reporters at the virtual TCA press tour on February 16, the day before the trailer dropped, that she still has serious, lasting side effects to this day from the overdose. Demi was “left with brain damage and I still feel the effects of that.” The “Stone Cold” singer also revealed that, “I don’t drive a car because I have blind spots in my vision. For a long time, [I] had a really hard time reading. Reading was a big deal when I was able to read out of a book, which was two months later because my vision was so blurry. I dealt with a lot of the repercussions and I think they are kind of still there to remind me of what could happen if I ever get into a dark place again.” You can watch Demi’s four part Dancing With the Devil when it premieres on YouTube Originals on Mar. 23, 2021.