Tom was in a difficult position going into the new season after he and his ex-girlfriend Teddy Altman hooked up the same day she was set to marry her fiancé Owen Hunt in the Season 16 finale. Things only got worse for Tom when he tested positive for coronavirus and was banned from the hospital, limiting his chances of fixing a love triangle that’s only grown more heated since Tom and Teddy accidentally left a voicemail of their hookup on Owen’s phone.

Warning: Spoilers for Grey’s Anatomy Season 17, Episode 4 follow. Now, fans think Tom’s death could end the dilemma for good, since he supposedly foreshadowed his own demise on the most recent episode. Frustratedly quarantining at home after receiving multiple positive COVID tests, Koracick took to developing a simulation to look at potential coronavirus outcomes.

"Oh, we’re all gonna die anyway," he told surgical resident Taryn Helm when she drops by to check on him. "Well, yeah, eventually," Taryn said, to which he responded: "Well, if by ‘eventually’ you mean before the year’s out, then, yeah. I figured I’d cut to the chase."

Yikes. Are Tom’s grim comments a hint at his own death in near-future episodes? Fans seem to think so.

The rest of the episode certainly didn’t bode well for his future. When Teddy arrived on his doorstep after hearing Tom was in a "dark place," she assumed he wasn’t answering the door because he didn’t want to speak to her. Unbeknownst to Teddy, though, Tom’s condition had gone from symptom-free to incredibly serious in a matter of hours. It wasn’t that he wouldn’t answer the door; it was that he couldn’t, because he was on the floor, struggling to breathe.

Things look even worse in the Season 17, Episode 5 promo, which shows Tom being wheeled into the hospital from an ambulance. Then, because this is Grey’s and love triangle drama will play out regardless of a pandemic, Teddy and Owen are both going to be tasked with taking care of him. 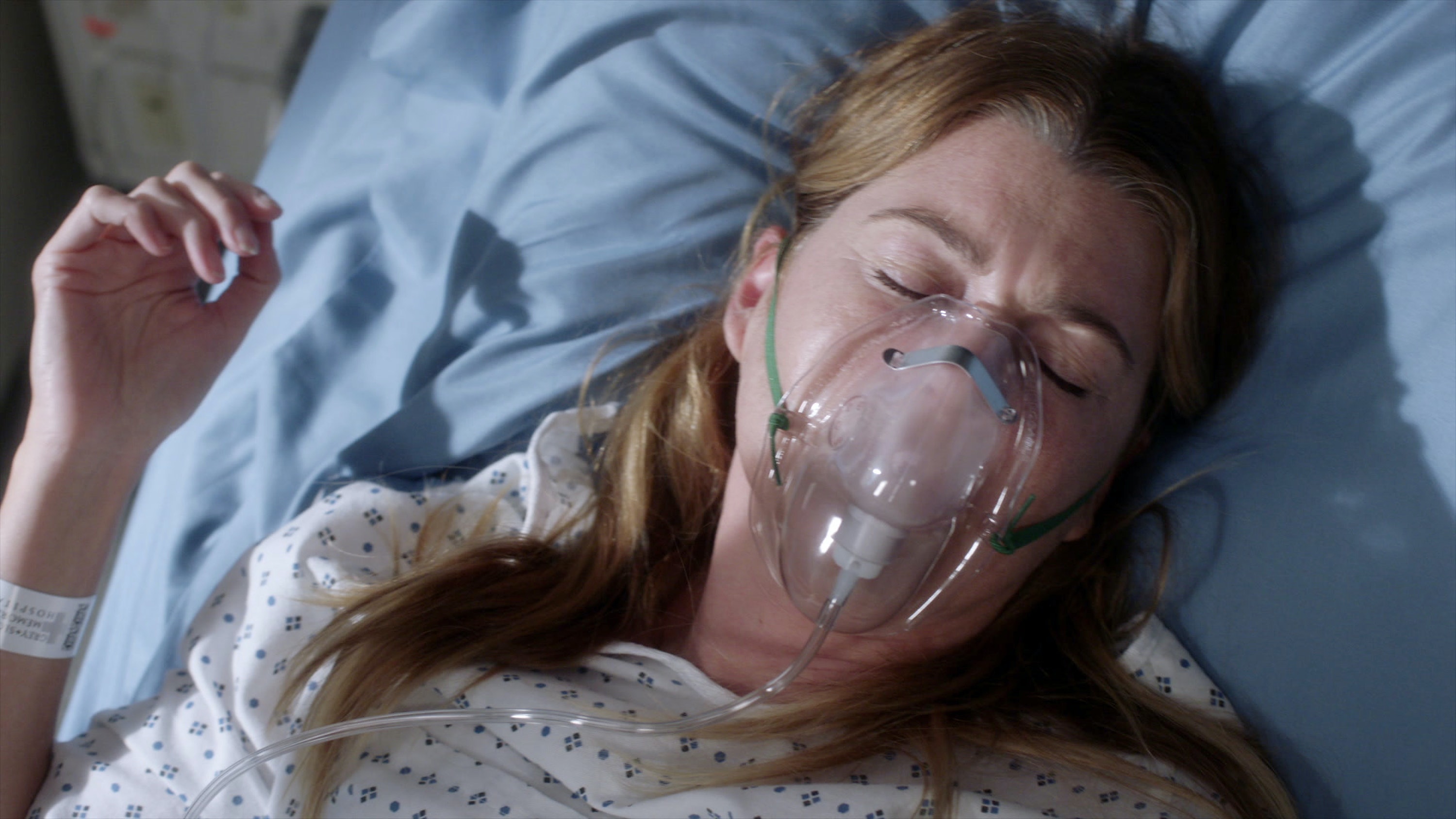 On the other hand, Meredith seems to be improving, as the new teaser reveals in a "great" change of events, her oxygen requirements have dropped drastically. So, while the beloved Grey’s Anatomy protagonist could be out of the woods soon, when it comes to Tom’s fate, viewers might want to prepare for the worst.