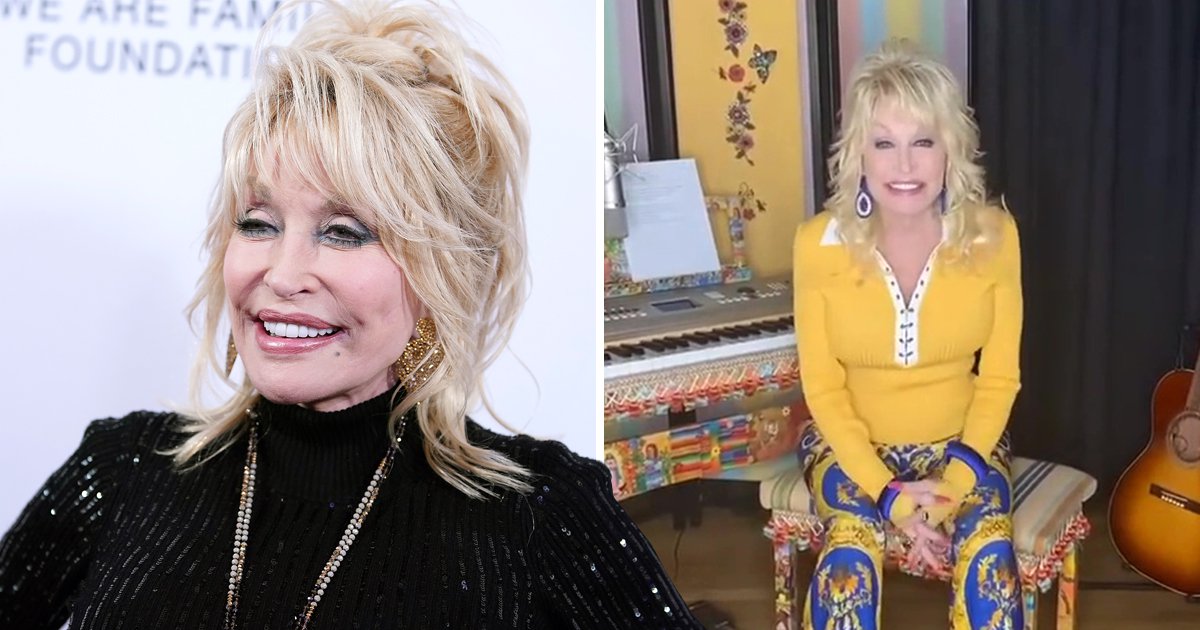 Dolly Parton fans have been taken on a rollercoaster this week after her new TikTok account was revealed to be fake.

The iconic singer’s fans had been delighted when she appeared to officially join the social media app over the weekend, with many taking to social media to share their delight.

In the clip, the Jolene hitmaker could be seen saying: ‘Why hello, I guess I’m on TikTok! I just dropped in to say everything’s gonna be OK, you keep the faith.’

However, the page was deleted less than a day after it first appeared and representatives for the 75-year-old revealed that the account had not been made by the singer.

In a statement given to Today, a spokesperson for the Islands In The Stream singer clarified that the account was fake.

They explained that an unverified user had taken an old video from the country legend’s Imagination Library and ‘doctored it’ for the clip.

According to its website, the Imagination Library is a book gifting program that mails free books to children.

The spokesperson urged people to ‘take a closer look’ at the clip, noting that TikTok had since removed the video.

It is unclear if Dolly Parton or her representatives complained to the platform over the account and the video, or whether TikTok took the initiative to take it down.

Wait what happened to Dolly Parton’s tiktok account?? I swear she just created it and now it’s banned ð­ pic.twitter.com/VRHJf1RxQc

Tell me how dolly parton makes a TikTok and within 3 days it’s banned for violations lol what?

A spokesperson for TikTok also confirmed to the publication that the video had been removed for violating the platform’s community guidelines around impersonation.

The account had already bagged 680,000 followers and a million likes by the time it was taken down, according to People.