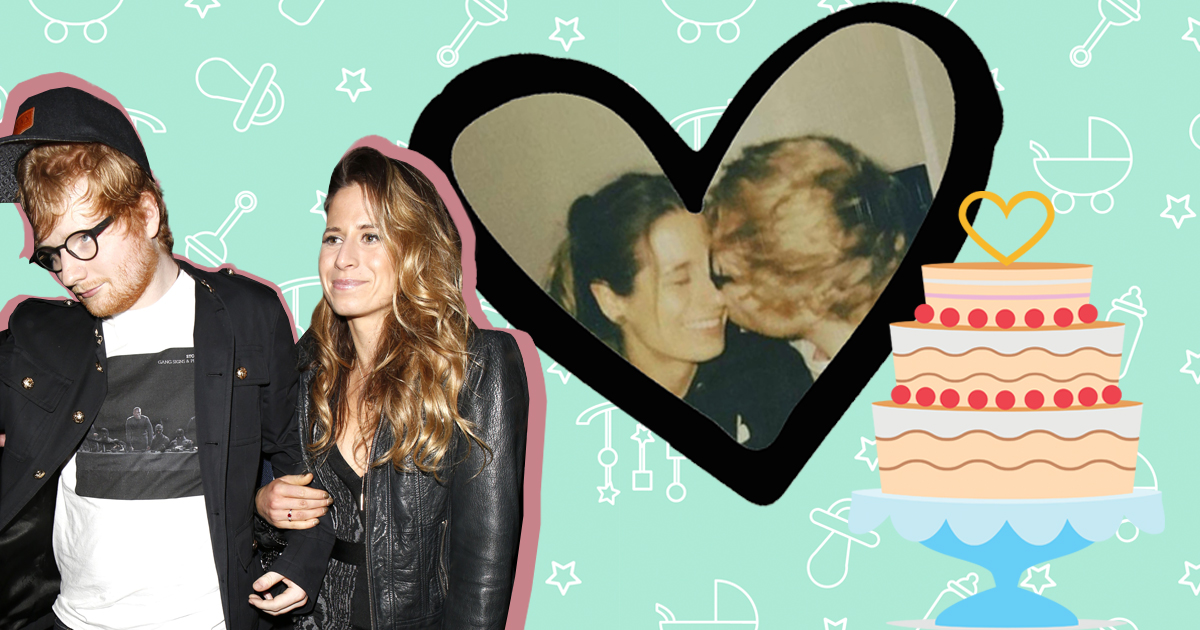 Ed Sheeran is known for keeping his personal life low-key, even managing to keep the birth of his daughter under wraps.

But he truly outdid himself with his wedding to wife Cherry Seaborn.

The 30-year-old has revealed there was ‘hardly anyone’ at their wedding, and they left afterwards to have a curry.

Sounds pretty perfect if you ask us.

The Bad Habits singer discussed his nuptials with Jessie Ware on the podcast Table Manners, saying: ‘Me and Cherry’s actual wedding was a tiny affair, with hardly anyone there.

‘No one knew, no one came to it, we lit candles and we got married, went back and had a curry.’

However, Ed, who returned to the podcast in season 11 after first appearing way back in season two, and Cherry later threw a bigger, star-studded party for friends and family to celebrate their Mr and Mrs status.

He explained: ‘The wedding party was more a celebration of us and our friends. I didn’t want pictures getting out and I’m surprised they didn’t.

‘Everyone was very present. My friend Josh wore a triple denim suit and Stella McCartney had gone up to him and said she liked his suit, and he was quite p***ed.

Ed hinted that he and Cherry, 29, had got married back in the summer of 2018 when he pointed at a silver wedding band on his finger when asked about his wedding plans, but it later emerged that they tied the knot over Christmas break in Suffolk.

Their wedding date was confirmed in the video for his song Put It All On Me, stating they tied the knot in January 2019.

Then, in September that year, a giant big top on the Latitude festival site was erected for a festival-themed wedding party.

The couple welcomed their first child together, Lyra Antarctica, in August 2020, with Ed announcing on Instagram: ‘Last week, with the help of an amazing delivery team, Cherry gave birth to our beautiful and healthy daughter – Lyra Antarctica Seaborn Sheeran.

‘We are completely in love with her. Both mum and baby are doing amazing and we are on cloud nine over here.

Ed and Cherry attended school together at Thomas Mills High School in Framlingham, Suffolk., but didn’t get together until 2015 when they ‘reconnected’ in New York and Ed later invited his crush to Taylor Swift’s 4th of July party.

The couple became engaged over Christmas 2017, after Cherry transferred from her US job to Deloitte’s London branch.