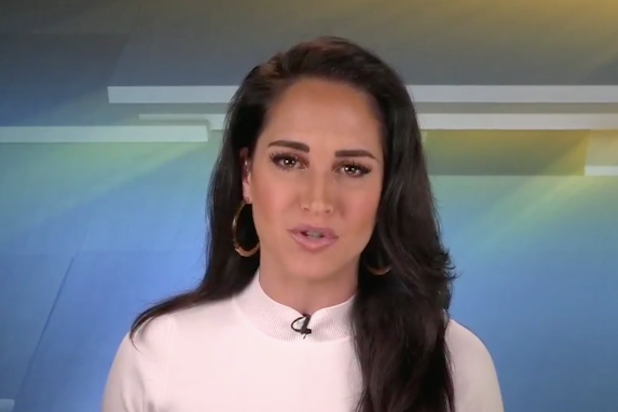 Emily Compagno knows her career journey from attorney to NFL cheerleader to Fox News co-host might seem “circuitous or maybe even eclectic,” but it was, she says, actually pretty natural.

“The common denominator in my background is I was always pursuing a passion mixed with an opportunity,” Compagno told TheWrap after being named the new co-host of Fox News’ 12 p.m. ET show, “Outnumbered.”

Cheering for the Oakland Raiders was a longtime dream, not something that came “out of nowhere,” as was doing on-air legal analysis, she said.

She explained that contrary to popular belief, she was an attorney before she cheered for the Raiders, and her colleagues encouraged and supported her when she tried out and made the team. They even hosted their holiday party at the team’s stadium during a game.

From there, the NFL made her an ambassador, giving her the chance to represent the team in media appearances while she watched her boss at the firm do legal analysis on-air and learned from her, too. Compagno credits the Raiders and her firm with helping her hone her talents on-camera while making the necessary media connections.

Still, it’s a big jump from ambassadorship to doing legal analysis on the “Outnumbered” couch, and she was adamant that she is thankful for the opportunity and especially grateful to founding co-host Harris Faulkner and the show’s production team for their help in her first days. There are, she said, “big shoes to fill” as she works on her mission to “inform, educate and, hopefully, inspire.”