The Internet may be fascinated by Kylie Jenner’s bizarre and brief performance of “rise and shine,” but her daughter Stormi Webster is less than amused. Even though the one-year-old was the intended recipient of Jenner’s surprise serenade, she did not seem to be a fan—at least according to a new Instagram video Jenner shared on Instagram.

In the clip, Stormi is seen bopping along to a techno remix of “Rise and Shine,” but it appears she mistook the song for one of her father Travis Scott’s releases. “Daddy” she blabs, pointing at the phone.

“No baby, that’s mommy! Mommy’s singing,” Jenner corrects her, but Stormi seems to be in the mood for something off of Astroworld instead. “Daddy sing,” the one-year-old insists as she turns off her mom’s song. (Ouch.)

“Oh, you want daddy’s singing? “I’m not good enough?” Kylie asks with a laugh to show she’s in good spirits. But her daughter is persistent. “Daddy sing!” the famous tot demands. Dad’s music it is. 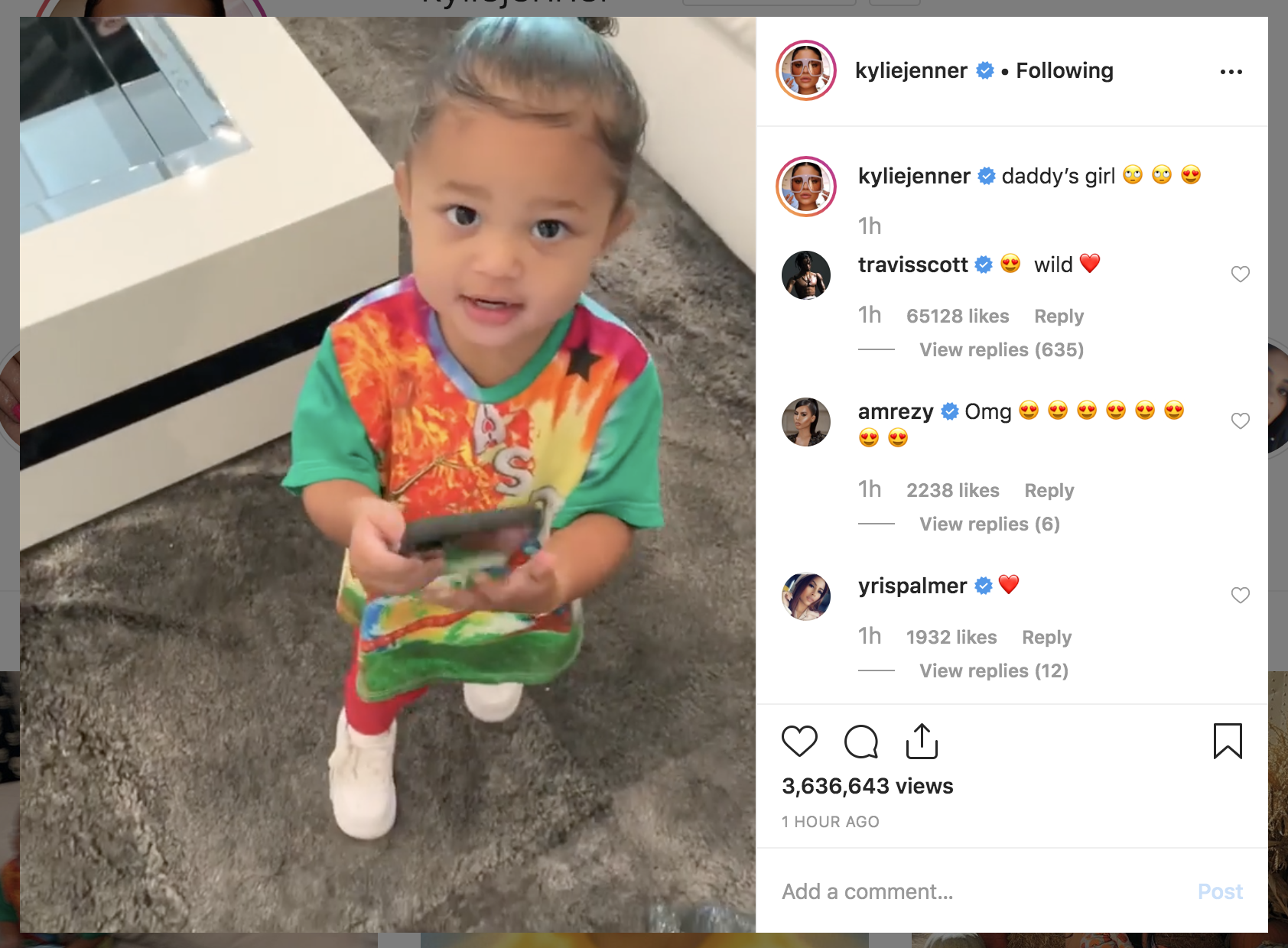 Jenner and Scott recently split, according to multiple reports earlier this month, but the beauty mogul clarified that they’re “on great terms” and are prioritizing “our friendship and our daughter.” To prove that everything’s good between them, Scott wrote a loving comment on Jenner’s video: ” 😍 wild ❤️.” Kylie had captioned the post, “daddy’s girl 🙄🙄😍.”