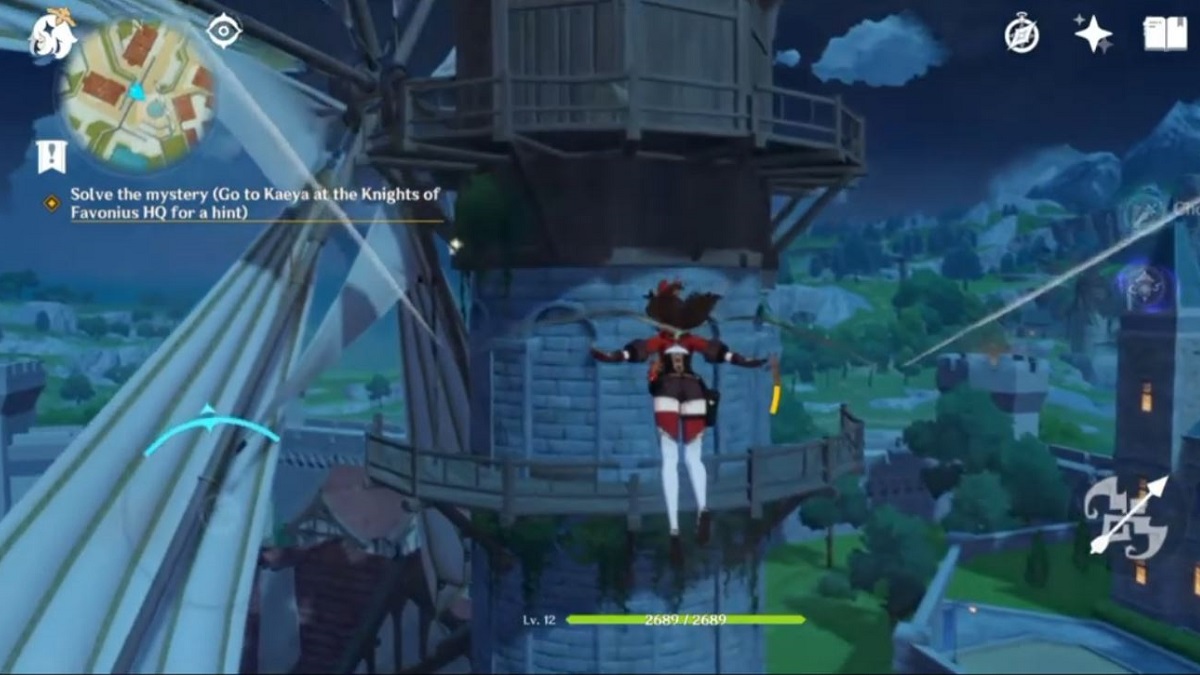 The RPG was released on Sept. 28 on multiple platforms, including Windows, iOS, Android, and PlayStation 4.

A Nintendo version is also expected to be released soon.

Genshin Impact is inspired by The Legend of Zelda: Breath of the Wild.

The similarities between the open-world presentations and gameplays of Genshin Impact and Breath of the Wild sparked a protest by fans of The Legend of Zelda during the 2019 ChinaJoy expo.

Since Genshin Impact released today, fans have been busy trying out the various missions in the game.

One of the first missions in Genshin Impact is the Mystery of the Arcadian Ruins that comes early in the game.

If you’ve been struggling to complete the Mystery of the Arcadian Ruins (Secret Pirate Treasure quest) mission and need a guide to advance through it, then you’ve come to the right place.

Here is how to play Mystery of the Arcadian Ruins (Secret Pirate Treasure quest) in Genshin Impact.

Genshin Impact: What is it about?

Genshin Impact is set in a vast open-world called Tevyat, with a variety of playable characters that have different powers.

In the game, you play as a hero looking for a missing sibling, and as you progress, you gain the ability to control other playable characters and harness their unique powers.

Genshin Impact has a multiplayer mode, but it unlocks after you reach Adventure Rank 16.

There are many quests that you and your companion, Paimon, need to complete in Genshin Impact. Some involve helping Kaeya — a member of the Knights of Favonius — to find secret pirate treasure.

In the Mystery of the Arcadian Ruins mission in Genshin Impact, you first meet Kaeya in the Knights of Favonius HQ building, where he briefs you about your mission.

Go to the Adventurer’s Guild for info

After you talk to Kaeya, go to the Adventurers’ Guild to seek information about the location of the Arcadian Ruins. Navigate to the Adventurer’s Guild, and you will meet an NPC who won’t be very helpful. So you have to return to  Kaeya.

Kaeya will tell you to go and talk to an informant of his. Navigate to the Weeping Woods to meet the informant. The informant will arrive with assailants hot on their heels.

You need to fight and defeat the assailants before you can speak with the informant. The informant will give you clues in the form of a riddle and a map.

“In the city on the lake, lived three giants with six arms. Two to guard the statue of the archon, and one to guard the treasure.”

The city on the lake is Mondstadt, and across the water are three windmills with six sails each, representing the riddle’s “three giants with six arms.”

The windmill standing apart from the rest is the one you want to go to.

When you get to the top of the building, jump off and glide to the windmill. You will find a chest on the top level of the windmill.

Open the chest, and you will encounter another riddle and a map with a location marked on it.

“She doesn’t love him at all. The passion rushing through the clear spring is just a front. When she’s cold and alone, her true heart is revealed.”

Go back to Kaeya

Go back to Kaeya for clues about the riddle. Kaeya will interpret the riddle for you and Paimon. He will tell you to go to the waterfall behind Springvale marked on the map. He will also tell you that you need a character who has Cryo powers for the mission (see video above).

From there, navigate to the place marked on the map. Climb up the cliffs to the waterfall, where you will find three Cryo pillars. You will need to activate them with Kaeya’s special powers (see video below).

Go To the Arcadian Ruins

A chest will then appear. Inside the chest is a map on which a location near Falcon Coast is marked. You will also encounter another riddle. You can go back to Kaeya for clues about the riddle or navigate to the location marked on the map.

Navigating to the location will bring you to the Arcadian Ruins.

You have to go down the dungeons with Kaeya (Cryo powers) and Lisa (Electro).

In the dungeons, use Kaeya and Lisa’s powers to make you way through and finally take out the boss and his goons using Amber.

You complete the mission when you have taken out the boss.

For more video game news, check out when you can get the new Xbox Series X since it sold out. Also, for those wondering why Among Us 2 was canceled, we have all the information as well.