Georgia Toffolo, 24, has appeared on the hit show Made in Chelsea since 2014. She achieved glory in 2017 when she won the 17th series of ITV’s I’m a Celebrity, Get Me Out of Here! But she’s also made headlines for racy comments about her favourite politicians.

Georgia is a lifetime supporter of the Conservative Party and has been a member since she was in secondary school.

In fact, she’s so vocal about her politics, she’s sometimes dubbed “Boris [Johnson] in a bikini”.

Tonight, she will even appear alongside Boris’ father Stanley as they take to the sofa on Channel 4’s Gogglebox. 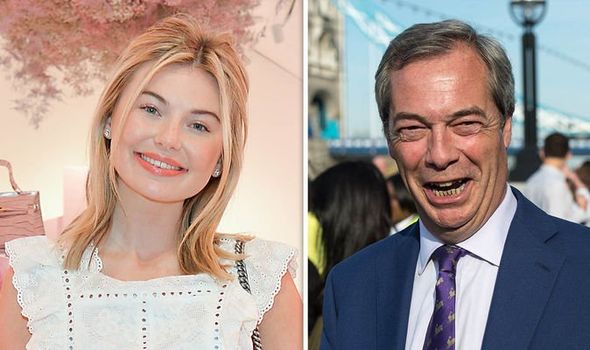 Toff has also previously come out with some shocking statements about her love – or perhaps lust – for politics and politicians.

When asked by The Sunday Times in 2017 which politicians she admires, she replied: “The standard: Zac Goldsmith, Jacob Rees-Mogg. I fancy them all. Jacob’s a sex god.”

But now it seems she might have switched alliance, with rumours she linked to one of Nigel Farages’s former aides with a dark past.

The Brexit Party leader worked with George Cottrell, 25, during the Brexit campaign in the run-up to the referendum, during which he was known as ‘Posh George’.” 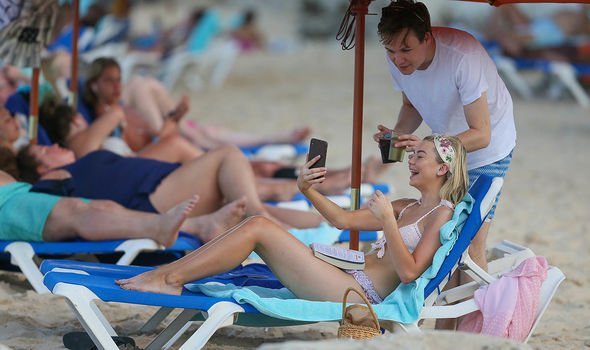 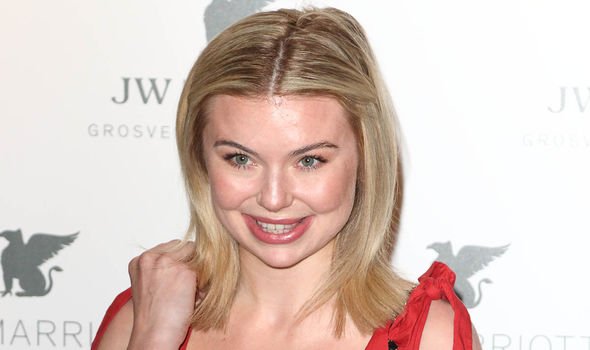 His family are said to be worth £300million and his mother, Fiona, once dated Prince Charles.

The Cottrell family are descendants of Lord Manton, a rich Yorkshire farmer and landowner who died in 2003.

According to MailOnline, Georgia’s friends have revealed the pair first met earlier this year at a social event. 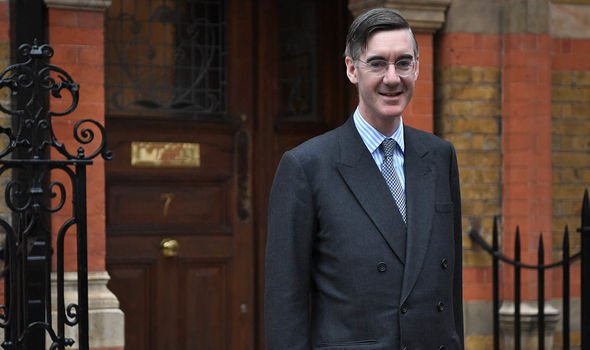 A friend said: “George is quite a character and a charmer, he has a real way with words.

“His relationship with Georgia is well known to their friends and families, it’s not something they are trying to hide.”

But other friends spoke of the criminal activity, saying: “I’m surprised nobody has realised until now who George is but I’m sure Georgia knows about his background.

“He’s got quite a chequered history, having spent time in prison and is very high profile, given his connections to Farage.”