If you’ve watched even ten minutes of HBO’s Euphoria, you’ve probably realized the music on the show is absolutely poppin’. Drake is a producer on the series, so that shouldn’t really come as a surprise. Here’s how to get all the songs you’re searching for.

Where can you stream this soundtrack?

Short answer? Spotify. Long answer? … Spotify. It’s not on Apple Music. I guess if you really wanted you could listen to it on YouTube in this playlist here, but that’s definitely not the most efficient option. It’s not an HBO playlist, so it might not be a reliable list.

You can listen to it here.

Fair warning, you’re going to get a hefty dose of Beyoncé, Migos, and Drake, naturally.

There’s a song during the final credits that I legit can’t find ANYWHERE. What’s up with that?

Okay, yeah. I’ll save you some time furiously Googling the words “Still don’t know my name” and let you know that the song is technically unreleased, at least, that’s what it seems like. After some internet sleuthing, it sounds like Labrinth created an entire album for the show (or at least a few songs) that aren’t available to stream at the moment. That’s what people seem to think in the comments of this post.

That would make sense considering you can’t find the song anywhere. I mean, this is 2019. You can find pretty much anything if you set your mind to it.

Here’s what Labrinth wrote in his Instagram Stories around the time of the premiere. 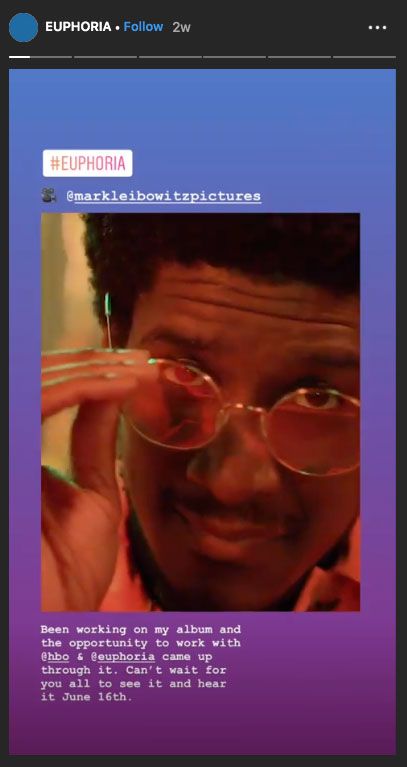 So it seems like there’s more to come. We’ll update this post once that song is released. On the bright side, that other song that starts with “Mount Everest ain’t got sh*t on me” has been released. You can listen to that right here.