Over the past few weeks, the FDA and Centers for Disease Control (CDC) have been investigating hundreds of mysterious, vaping-related lung ailments across the country. Nearly 450 hospital cases in 33 states have been linked to vaping, while on Friday it was reported that a man in Indiana had died after exhibiting severe symptoms of lung illness, making him the third such person to succumb to vaping-related illness. On Friday, the CDC advised the public to refrain from using any e-cigarette  — cannabis, nicotine, or otherwise — authorities are able to pin down what is making people sick.

Health officials have been stupefied by the trend, with healthy young people presenting at emergency rooms with symptoms mimicking severe lung illnesses like pneumonia. And as Rolling Stone previously reported, many have questioned whether the flourishing black market of bootleg THC cartridges may be behind the trend, as opposed to traditional e-cigarettes. But a recent report from the New York State Health Department sheds further light on this hypothesis. On Thursday, the health department said lab tests showed that nearly all of the cannabis products tested for vitamin E acetate, the oil derived from vitamin E that is most often found in supplements and skin creams.

Why Marijuana Could Be Legal in Florida as Soon as 2020 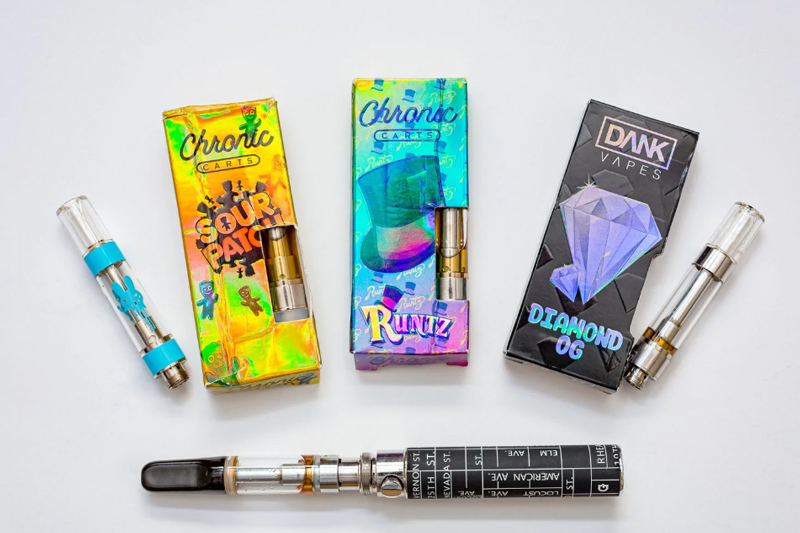 While the FDA says it is too early to tell whether vitamin E acetate was the culprit in other cases across the country, a spokesperson for the agency said it was testing more than 100 products from other states for potential contaminants, including vitamin E acetate. In a press release, New York Health Commissioner Dr. Howard Zucker encouraged caution, writing, “We urge the public to be vigilant about any vaping products that they or any family members may be using and to immediately contact their health care provider if they develop any unusual symptoms. Vaping of unknown substances is dangerous, and we continue to explore all options to combat this public health issue.”

A common substance added to facial moisturizers or taken independently as a supplement, vitamin E is not known to be harmful independently. But if inhaled, oils like vitamin E can cause lipoid pneumonitis, a rare condition that results from fat particles being ingested via the lungs, as Dr. Melodi Pirzada,  chief of pediatric pulmonology at NYU Winthrop Hospital in Long Island, previously told Rolling Stone. Symptoms of lipid pneumonitis include chest pain, coughing, and difficulty breathing, which have been reported by many patients who have reported having used THC cartridges.

In the past, there have been a handful of case studies assessing the link between vitamin E oil inhalation and lipid pneumonitis. According to NBC News, in 2000, a case report in the Canadian Respiratory Journal found that a 30-year-old woman had developed lipid pneumonitis as a result of using homemade cannabis oil brewed with petroleum jelly and vitamin E oil.

What remains less clear, however, is exactly how or why vitamin E oil is ending up in THC cartridges to begin with. While the New York State Health Department’s statement did not address any specific brand or product names, many of the products that have been implicated in the rash of lung-related ailments are bootleg THC cartridges from companies of ambiguous origin, such as Dank Vapes or West Coast Carts. Many bootleg cartridge manufacturers will buy packaging en masse on websites like Alibaba and use their own oil — and it has become common practice to add various adulterants as thickening agents, to make the oil in the cartridge look thicker and more legit, says Peter Hackett, president of the northern California company Air Vapor, a company that sells vape hardware and plant-derived terpenes online. In the past, “a lot of these carts would be cut 20 to 30 percent with a dilutent,” Hackett says. But as demand has increased and the market has expanded, that ratio has almost reversed to “30 percent cannabis oil, 70 percent thickening agent” for some brands, he says.

Traditionally, vape manufacturers have tried to fill out cartridges by using additives like vegetable glycerin and MCT oil. The use of vitamin E oil is “very recent,” the anonymous admin behind Dankbusters Official, a watchdog Instagram account that posts lab results for black market THC cartridges, tells Rolling Stone. “And the problem is that people won’t admit to using it.”

Much speculation has also centered on Honey Cut, a cheap thickening agent of ambiguous origin that has been popular on the vape-cartridge black market since it was introduced in late 2018. The terpene manufacturer True Terpenes told the cannabis website Leafly that it had conducted lab tests on Honey Cut and found that it contained vitamin E acetate.

While it’s still unclear whether vitamin E oil is the culprit, for now, the FDA, the CDC, and the Department of Health and Human Services are urging people to avoid buying THC cartridges off the street until further testing is conducted. But if nothing else, the recent epidemic highlights the need for further transparency and regulation surrounding cannabis products, particularly in California, where much of the market is based. Until then, the industry is basically “the Wild Wild West,” as Hackett puts it. Otherwise, “hundreds of people wouldn’t be getting sent to the hospital.”