The Kominsky Method has settled in for its third and final season, with the Emmy-nominated Chuck Lorre-created show dropping its final six episodes on Netflix on Friday.

That makes it a perfect time to launch Deadline’s It Starts On the Page, a series that highlights the scripts that will serve as the creative backbones of the now-underway TV awards season. These scripts are all being submitted for Emmy Awards consideration this year and have been selected for our series using criteria that includes critical acclaim, selecting from a wide range of networks and platforms, and a mix of established and lesser-known shows.

Lorre has written all episodes of Kominsy Method that until the new season starred Michael Douglas as actor-turned-acting coach Sandy Kominsky and Alan Arkin as his friend and agent Norman Newlander. That dynamic changes in Season 3 with Arkin not returning for the final run, with a Netflix teaser last month showing clips of scenes of Sandy and his friends at Norman’s funeral.

That’s all confirmed below, with the Lorre-penned Season 3-opening shooting draft of the script for “Episode 301” — it opens at a funeral chapel “on a large poster board photograph of NORMAN. On the bottom of the photo are the words, “IN LOVING MEMORY, NORMAN IRVING NEWLANDER.”

Read the full season-premiere script below for The Kominsky Method, which is produced by Chuck Lorre Productions in association with Warner Bros Television. Lorre executive produces with Al Higgins and Douglas. 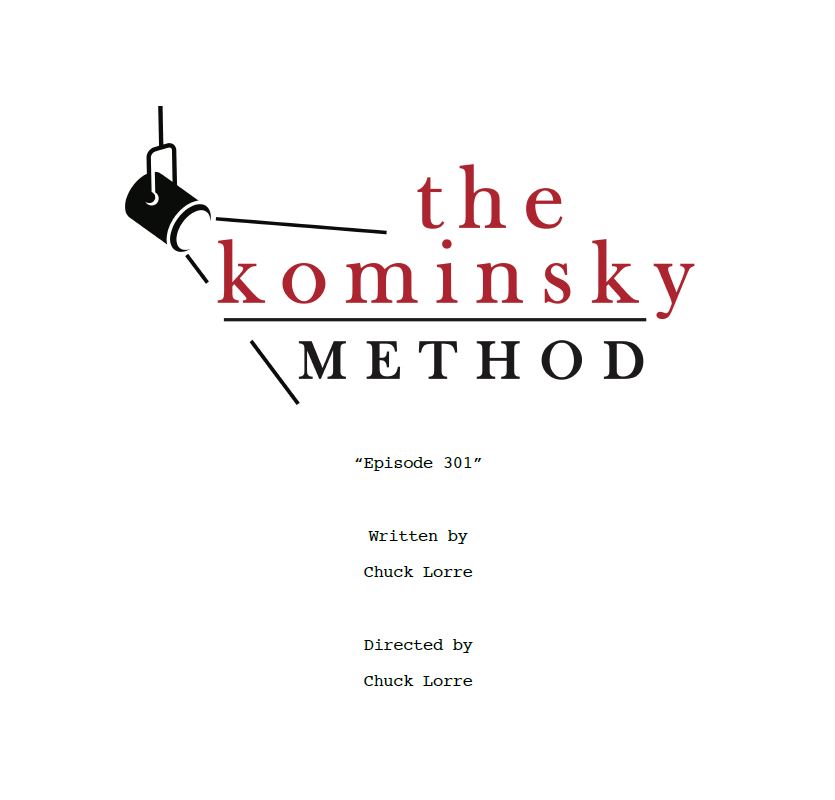