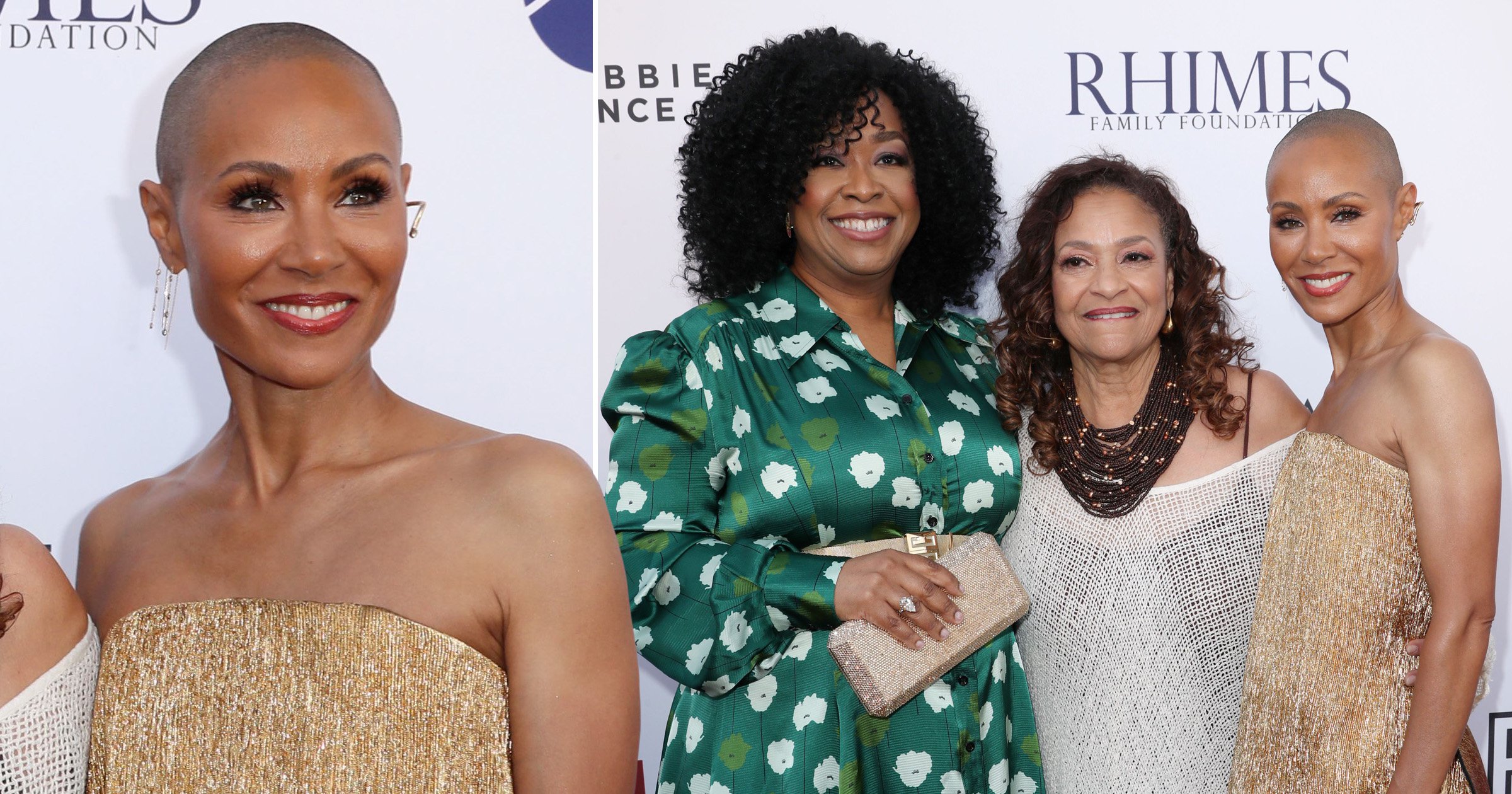 Jada Pinkett Smith looked happy and relaxed during her first red carpet appearance since her husband Will Smith controversially slapped Chris Rock at the Oscars.

The Gotham actress put on a brave face and was all smiles as she hit the red carpet for the grand opening of Debbie Allen and Shonda Rhimes’ performing arts centre in Los Angeles, California on Saturday night.

Shimmering in gold, Jada, 50, looked radiant in a strapless floor-length gown and smiled broadly while posing for photos with Rhimes and Allen.

She also posed on the red carpet with Samuel L Jackson and his wife LaTanya Jackson – coincidentally, the actor received an honorary Oscar this year hours before the shocking incident unfolded between Will and Chris.

It all kicked off during the Academy Awards on March 27 when Chris, 57, arrived on stage to present the Oscar for best documentary.

In his brief monologue, the comedian cracked jokes about the Smiths, including a gag about Jada resembling GI Jane due to her hair, despite the actress suffering from hair loss condition alopecia.

After seeing Jada’s unimpressed expression, Will, 53, suddenly stormed up on stage and smacked Chris across the face before returning to his seat. He then shouted twice: ‘Keep my wife’s name out your f*****g mouth.’

The I Am Legend star was allowed to stay during the ceremony and later won best actor for his role in King Richard.

In the days that followed, Will issued a public apology to Chris and resigned from the Academy of Motion Picture Arts and Science.

However, the Academy went ahead in delivering its own consequences and it was announced on Friday that Will has been banned from attending the Oscars and other Academy events for 10 years.

Chris is yet to fully address the shocking incident, previously saying that he was ‘still processing’ everything and would eventually speak about it in a ‘serious’ and ‘funny’ manner.

During his latest comedy show, the comedian said he isn’t willing to talk about it until he ‘gets paid’.