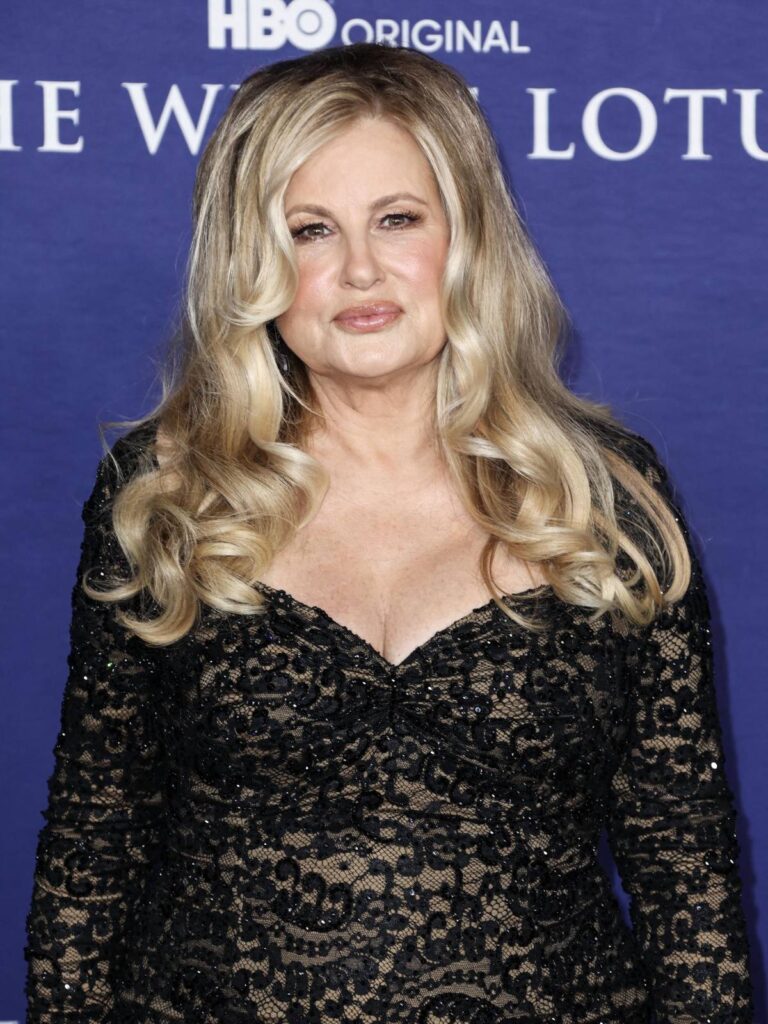 There is no doubt that we are living through a Jennifer Coolidge Renaissance. Some of us Coolidolls (yes, I absolutely just made that up) would argue that she never went out of style. But in her Entertainment Weekly Entertainer of the Year interview, Jennifer said a few times that she had been stalled and things have ramped back up. What I didn’t know is that Jennifer credits Ariana Grande with her revival. So much so that she asked Ariana to do the interview. After Ariana did her Jennifer impression on Jimmy Fallon, she invited Jennifer to be in her Thank U Next video. According to Jennifer, her career had been dormant in the years prior and after that video, the phone started to ring again. She also said one of the great things about rocketing back to fame at the age of 61 is that she can truly enjoy it on her terms. Because, Jennifer said, she no longer “give(s) a f***.” She thinks women should look forward to aging because, “it’s the only time we have power.”

Her favorite roles: I think my favorite stuff is all of the recent stuff, just because I got to play more complicated people. But, I mean, [the 2000 comedy] Best in Show was a gift, and so much fun to make because [director and star] Christopher Guest lets you come up with everything. He gives you your name and a rough outline of who you are, but you get to come up with your look, you improv all the dialogue. And then Legally Blonde was really a gift from God. And American Pie was just — it helped my dating life in a way that I can’t ever explain. If I hadn’t had that movie, I don’t think… Well, let’s just say it would’ve been a very dull decade.

She thinks it’s a good time for women in comedy right now: I’ve been a fan of Catherine O’Hara’s forever. I started watching SNL the day I was born, and I was obsessed with Monty Python. Ab Fab is such a brilliant show… I’m very excited for women right now, because when I was in my 30s and trying to get going and doing these sketch comedy shows and stuff… I did Seinfeld, and then I got this sketch comedy show for women called She TV, and it didn’t survive. But it’s so weird how, 30 years later, it’s a whole new thing where it’s actually women who are considered to be funny, and valuable, and they get to be the leads in these big comedies and stuff. And I have to say, I’m so excited for someone your age. The sky’s the limit. It wasn’t as easy back when I was doing it. I love that Bridesmaids and things like that are being made.

Ariana’s Thank U Next inspired Jennifer to not give a f**k: I think this year I really realized I’m living that dream. I’m incredibly grateful for what has happened to me in the last year or two, but I’m trying to channel your “I don’t give a f—” thing. And I think it’s my favorite feeling I’ve ever had. I waited my whole life to not give a f—. It’s the only time we have power. I mean, I’m not saying I’m not insecure. I’m still insecure about all the basic stuff. I’m still insecure about appearance and all of that. But if someone calls me a D-bag or something… I really don’t think anyone can really penetrate me anymore. I don’t really care what people think of me.

Age taught her to believe in herself: It’s experience that has given me something I can pass along. I was really sort of lost in my 30s, and I wished I had stuck to my guns. For instance, I just feel like we always think “authority” has the last word. There were people that told me I didn’t have a chance in hell — and we can’t listen to all these people. I think girls are getting stronger now, and there’s all this sort of girl power cool stuff that’s happening. But there’s always going to be someone who wants to rain on your parade, and you just can’t take it. I do believe that I learned that from experience. Some people say with such authority, “I think you’re talented in this area, Jennifer, but you’re not very good in this.” And nobody really knows, it’s all a guessing game. I think, don’t listen to anybody, really.

Don’t give up hope: I know what I want to say is that it’s so hard to go through life and have hope when your life has been going a certain way that you don’t really approve of. I think of these jobs that you just can’t make it through the day and stuff, and I feel like this unexpected moment that happened to me can happen to anybody, where you’re going along in the car and you’ve been going the same speed all these years and then all of a sudden this cool thing happens. I think a lot of people think the possibility of a cool thing happening isn’t in the mix anymore. And I think I’m a great example of “What are the odds?” And this can happen to anybody.

“I’m not saying I’m not insecure… (but) I really don’t think anyone can really penetrate me anymore.” This is it in a nutshell. We have all our life’s experiences fortifying us in our 40s and beyond to deflect the slings and arrows. It’s liberating to not wear the negativity of others as yolks anymore. Like Jennifer, at my age it’s more important to be honest about who I am with people than to adjust my personality to fit in with theirs. I don’t know much about who Jennifer was before her Jennaissance, she always seemed so cool and collected, but she seems very much in control of where she is now. What’s nice is, she gives Ariana credit for realizing that attitude at a younger age and for having it without being mean. It would be wonderful if we are empowering our younger generation of women to not wait on their power.

I also want to focus on Jennifer’s last answer, about giving up hope if you haven’t hit a milestone by a certain age. I needed to read this more than anything else today, this month, this year. So many outlets feed the idea that everything good is reserved for the young. If you haven’t made your mark by your 30s, it’s too late. You’re washed up. Granted we may not get a call from Ariana Grande, but there are cool things that can happen if we keep fighting for them and there is no expiration date for dreams. Maybe they need to be adjusted, but I really needed to be reminded not to give up simply because I’ve, “been going the same speed all these years.”

I know – I desperately want to discuss the finale of White Lotus but I honestly don’t know if enough time has passed. I would be furious if anyone had spoiled it for me. All I will say, as much as I am still mad and in shock, I loved it. I hate to say that but OMG, I was stunned, and I did not think I could be stunned. It was all so messy.