Jennifer Lopez is professing her love for Ben Affleck in new ways. The star was spotted rocking a necklace reading “BEN” while out in Monaco on Monday.

Lopez’s personalized new accessory made its debut after her PDA-filled weekend with Affleck in St. Tropez. While the pair headed out to celeb hot spot L’Opera to celebrate Lopez’s 52nd birthday on Saturday, fans couldn’t get enough of the couple’s handsy moment on a private yacht — with many comparing it to Affleck’s appearance in Lopez’s 2002 music video for “Jenny From the Block.”

On Monday, Lopez headed out solo for some shopping, sporting a stylish white dress, fedora, patterned mask and her new “BEN” necklace. 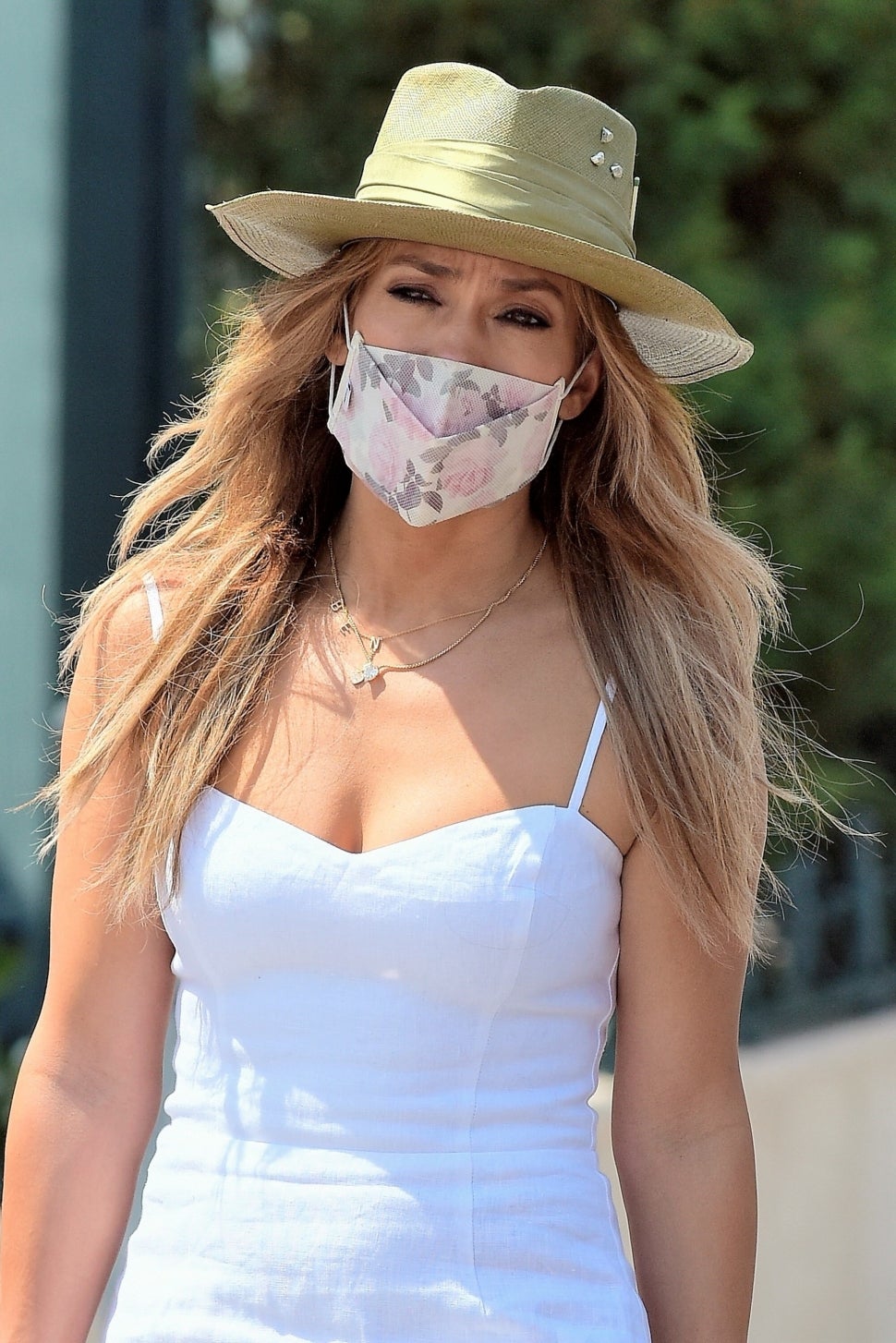 Over the weekend, Rodriguez was partying on a boat with friends, including Jessie James and Eric Decker as well as NFL and CBS sideline reporter Melanie Collins. A source told ET that while the former New York Yankees star was hanging out with the Deckers and Collins, they all just happened to be in St. Tropez at the same time. They are not vacationing together.

As for how A-Rod feels about his ex, J.Lo, moving on with Affleck, a source told ET last month that he has come to terms with the fact that he won’t be reconciling with her, and while he’s very aware of all the attention surrounding her and Affleck, he’s trying to focus on himself and his future.

“When they first split, he wanted to work things out, and still held on to hope that he and J.Lo would get back together,” the source said. “He’s come to terms with the fact that it’s over now.”

Another source told ET of Rodriguez, “He isn’t going to be dating for a while.”

See more in the video below.