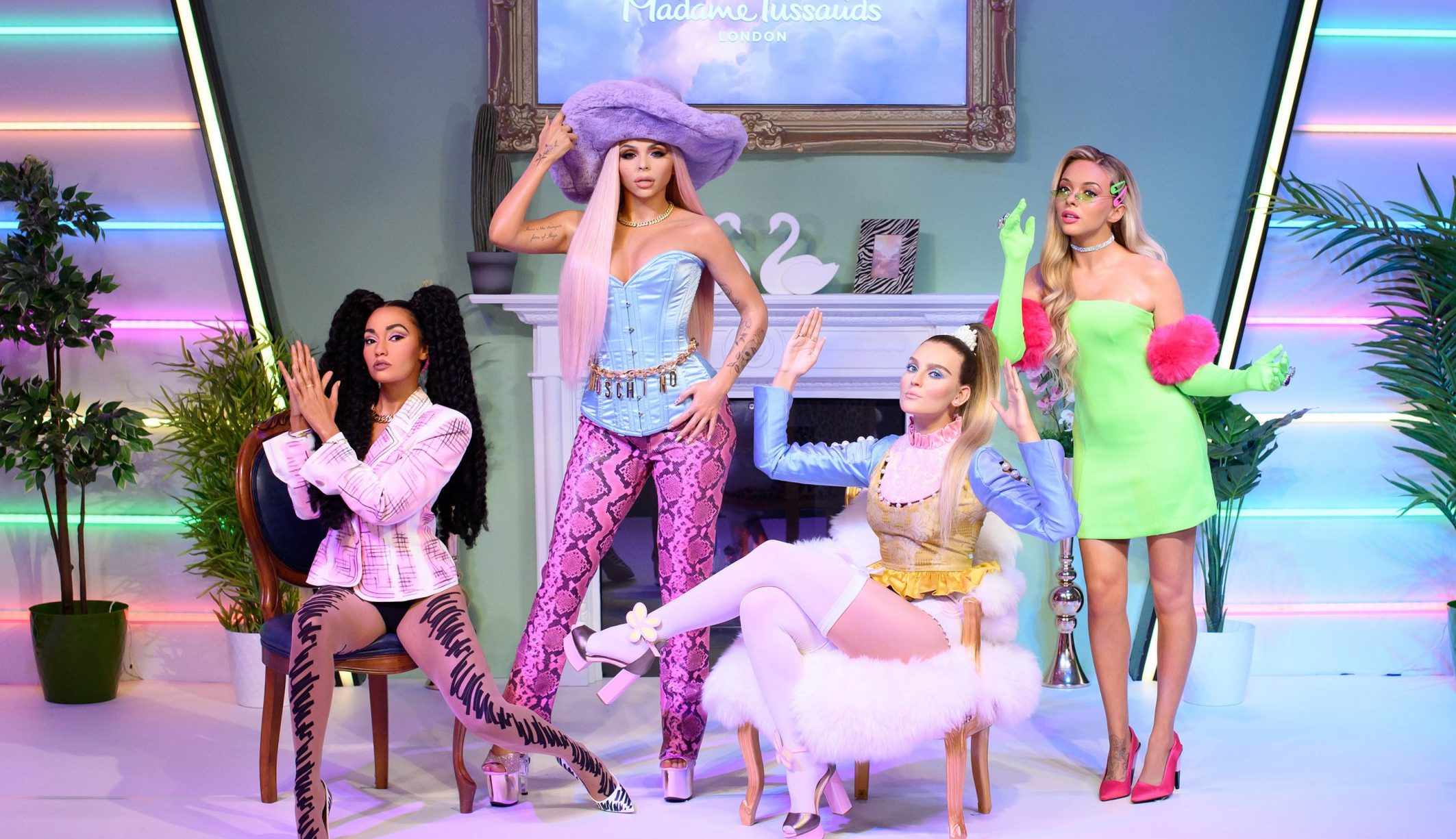 Jesy Nelson was seen looking her fierce self in waxwork form as Little Mix were immortalised with their own, iconic Madame Tussauds versions this week.

In celebration of the group’s 10th anniversary (yes, TENTH), the legendary tourist attraction unveiled the figures which were done up in the style of their 2019 Bounce Back music video.

Jade Thirlwall, Perrie Edwards, Leigh-Anne Pinnock and Jesy in wax look just as bangin’ as the real-life versions, we have to say, as they sported the same extra costumes from their bop’s clip, with famous, if not waxy, pouts to boot.

And we’re not lying when we say it brings a tear to the eye to see Jesy back with the crew, after the star stepped down from the group last year.

The women have been working closely with Madame Tussauds on the creation of their figures since early 2020, including attending sittings where hundreds of precise measurements were taken, through to advising on the final details of each figure to make sure they were just right.

In fact, the wax artists worked closely with Little Mix’s stylists – Zack Tate and Jamie McFarland – to perfect the figures’ looks, with the pair donating many of the clothes that were actually worn by the Brit Award-winning group. We’re talking Leigh-Anne’s Moschino scribble blazer and tights, Perrie’s Ana Ljubinkovic outfit, Jades’ Miscreants neon green dress and Jesy’s Marques Almeida snakeskin trousers. And the fur hat of our dreams.

Letting fans get up close and personal before the general public can have a gawk, a group of fans that won a competition to be the first to ‘meet’ the figures were seen snapping selfies with the idols.

Speaking about the decision to immortalise the Bounce Back vid, Jade said: ‘We loved making this video and the concept of us being doll-like within it, it felt like a very fitting scene to recreate for our figures! When I saw my finished figure it was like looking in a mirror, it’s amazing!’

Of getting their own likenesses, Leigh-Anne noted: ‘This is a dream come true. The figures are amazing, and the Madame Tussauds London artists have captured us perfectly. We’re so excited to be joining the attraction’s music zone and can’t wait to bring our family and friends down to see our figures for themselves.’

Little Mix join Ed Sheeran, Beyoncé, Dua Lipa and Taylor Swift in Madame Tussauds London’s music zone from today – with their appearance arriving hot after the news Stormzy would be joining the waxed-up likes for his 28th birthday.