Kanye West and Drake made the once seemingly impossible a reality … hitting the stage together, playing their hits (both old and new) and even performing the other’s songs.

70,000 people piled into the L.A. Memorial Coliseum Thursday to see the “Free Larry Hoover” benefit show. Kanye and Drake danced, rapped and hugged it out on top of a giant mound in the middle of what is usually a football field.

The show started out with Kanye’s Sunday Service choir performing from the stands, and both Drake and Kanye walking down the stairs and to the middle of the floor.

From there, it was a myriad of the superstar’s hits — both old and new — for close to 2 hours. The guest list felt like an award show, Kim Kardashian, Kendall Jenner, Lizzo, Devin Booker, Megan Fox, MGK, Offset and Drake’s dad, Dennis Graham.

Most surprisingly, Kanye played his older, much less religion-based songs like “Can’t Tell Me Nothing,” “Gold Digger” and “Touch The Sky.” 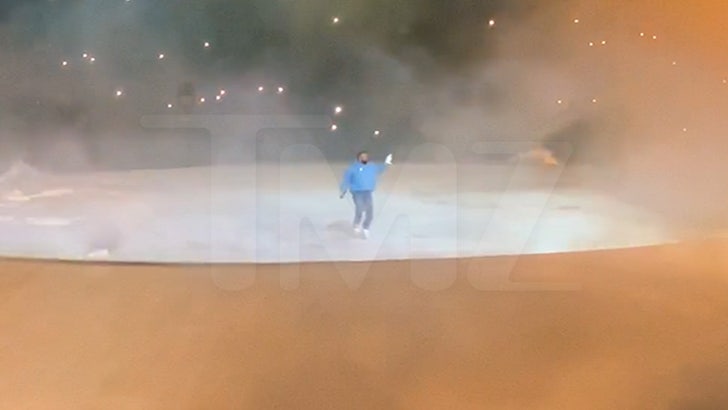 Drake, of course, played some of his biggest songs as well as a good mix from his “Certified Lover Boy” album including “Knife Talk” and “No Friends in the Industry.” He also shared some nice words about Ye, saying, “When we were walking through the archway it felt surreal, to be on stage with one of my idols as he runs through his catalog.” 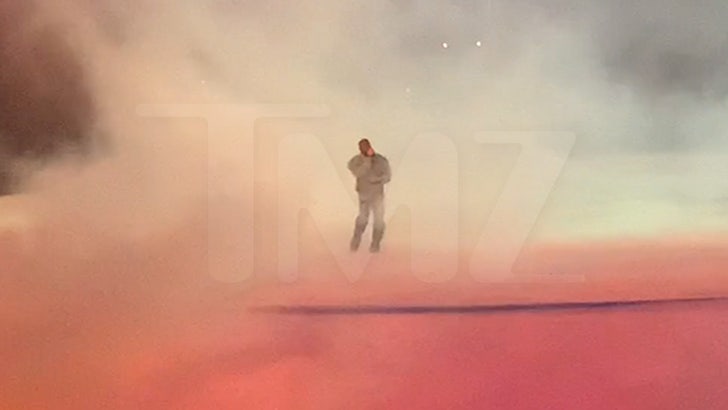 The show, first scheduled to start at 8, didn’t go on until about 9:30 … but traffic and logistics issues seemed to be the cause of that, with cars backed up for more than an hour just trying to get into the venue.

In all, it definitely seems like Ye and Drake have truly squashed their beef, leaving fans excited for the future possibilities together in music.