Prince William and Princess Kate are heading across the Atlantic for a three-day visit to Boston in celebration of the Earthshot Prize Awards.

The royal couple will begin their tour on Wednesday – with an incredibly powerful tribute set to greet them.

William and Kate – who are on their first official overseas trip under King Charles‘s reign – will attend a welcome event outside Boston City Hall, attended by Michelle Wu, the city’s major.

DISCOVER: Princess Kate and Prince William to reunite with the Sussexes this week?

They will then formally begin the countdown to Earthshot by lighting up City Hall – and other prominent buildings in Boston – green, in a spectacular visual tribute. 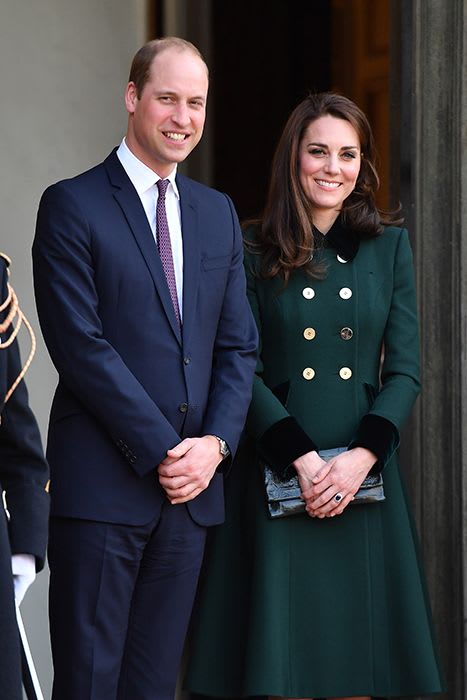 William and Kate’s visit will culminate in the star-studded Earthshot Awards on Friday night. Superstar singer Billie Eilish will lead a stellar line-up for the awards ceremony, founded by William to recognise and scale-up environmental solutions to repair the planet.

Other acts to feature at the MGM Music Hall include Annie Lennox and Ellie Goulding.

David Attenborough is a strong supporter of the Earthshot Prize

Broadcaster Sir David Attenborough, a supporter of the Earthshot Prize since its inception, will voice the opening of the show while Oscar winning actress and Earthshot judging panel member Cate Blanchett will narrate a lookback at the 2021 winners.

The Earthshot Prize is now in its second year, and among the 15 finalists vying for £1 million awarded to each of the five category winners are a cleaner-burning stove initiative in Kenya and a bubble barrier made in the Netherlands to prevent plastics entering oceans.

There are also finalists from the UK for the first time, with two British-based entries being selected.

William and Kate arriving for the 2021 Earthshot ceremony

Notpla Hard Material – a start-up run by Pierre Paslier and Rodrigo Garcia Gonzalez in London – makes packaging from seaweed and plants as an alternative to single use plastic, and has already produced more than one million biodegradable takeaway food boxes for the firm Just Eat.