Just because it’s over really does mean it’s over between between Orlando Bloom and his ex Miranda Kerr.

In fact, the former husband and wife are so chill that Bloom’s new fiancée Katy Perry came out to support the launch of the supermodel’s skincare line, Kora Organics.

The two posed for a photo together at the event on Friday, which was also attended by famous types like Sophia Richie and former Kardashian assistant Stephanie Shepherd.

“Thanks for shining bright with me @katyperry & Angela,” Kerr captioned a photo of the two and her sister, Angela, on Instagram.

Perry, never one to turn down an opportunity to turn a look, rocked a peach-colored blazer and matching dress with dramatic earrings, while Kerr opted for a bright pink minidress.

The photo op also scored points from fans of the two women, who praised the duo in the comments for not letting a past relationship get in the way of a friendship.

“Adults acting like adults,” one follower wrote. “THAT’S WHAT THIS IS and that’s why they’re GLOWING.”

“Orlando must be so happy,” another added.

Kerr and Bloom began dating back in 2007 and tied the knot three years later in an intimate ceremony only a month after getting engaged. The couple welcomed their son, Flynn, not long after, but called it quits three years into their marriage in 2013. 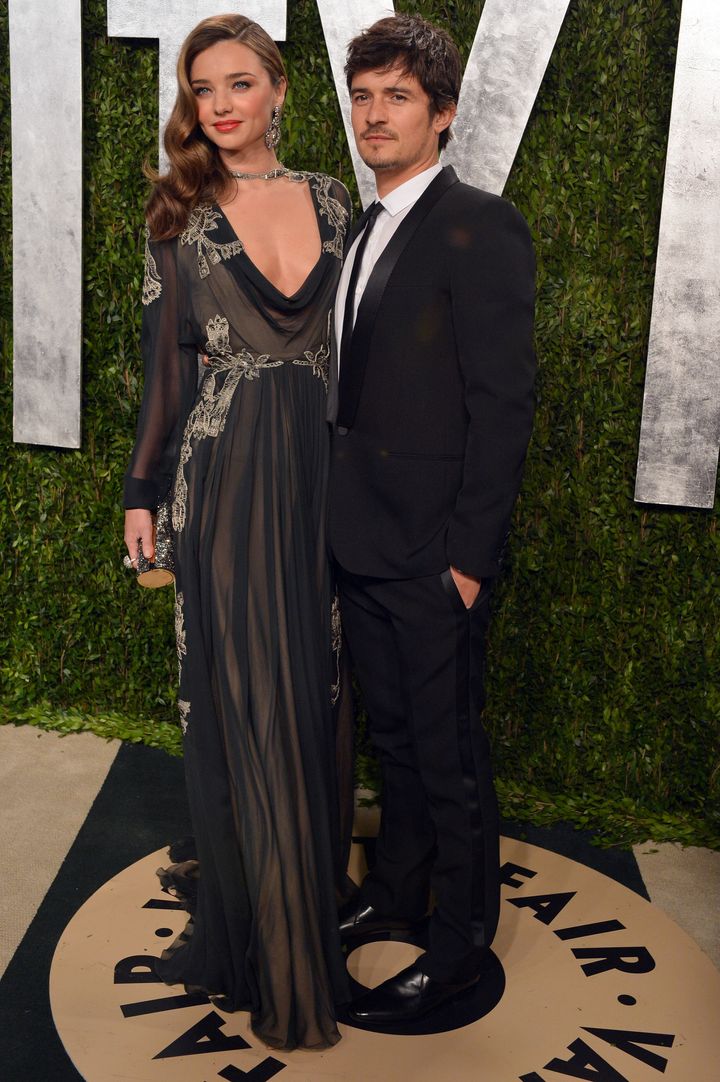 But the two committed to co-parenting their son and have kept things amicable in the years since.

“There’s no question that, you know, for the sake of our son and everything else, we’re going to support one another and love each other as parents to Flynn,” Bloom said in interview with Katie Couric after the split. “You know, life sometimes doesn’t work out exactly as we plan or hope for. But fortunately, we’re both adults, and we’re professionals, and we love and care about each other. And we, most of all, love our son.”

Kerr has since wed Snapchat co-founder/CEO Evan Spiegel and the two share a son together with another baby on the way.

Wedding bells are also in Bloom and Perry’s future after the actor proposed to the “American Idol” judge this past Valentine’s Day.

But the two aren’t rushing down the aisle anytime soon.

“We’re taking things one step at a time,” Perry explained about her wedding plans. “We’re definitely trying to lay a good emotional foundation for the lifetime of commitment, which is a big deal to me.”