Despite her long career as a glamour model, Kelly has revealed she often leaves her colleagues in a “panic” by banning saucy office banter about her former pin-up life.

Kelly, who hosts a daily show on Heart FM, said: “I’ve never felt like I was (a sex symbol), but some of the blokes at work often tell me that they had posters of me on their wall.

“I just remind them that we don’t talk about that stuff in the workplace, and they will panic and quickly change the subject. It’s all said in good jest.” 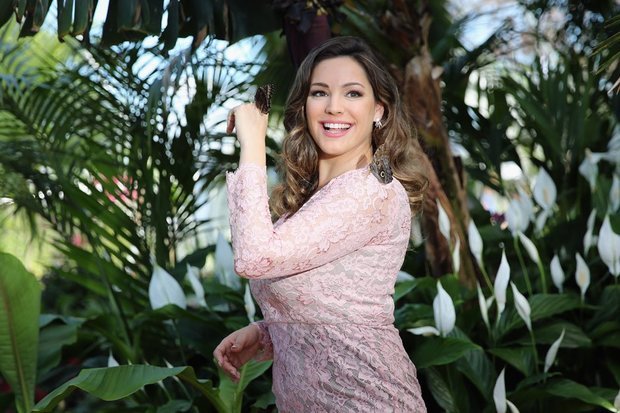 The 39-year-old’s trademark cleavage-filled calendar is always hugely popular and she beat the likes of Sir Cliff Richard and Cheryl Tweedy to top the best-selling list last year.

She’s also due to release her 2020 edition which is widely expected to be equally popular.

Kelly, who was recently seen sporting an engagement-type ring with toyboy Jeremy Parisi, is famous for her shapely frame.

But pies, chips and Guinness recently saw her grow to a size 16, before dropping back down to a size 12. My boobs were too big and my back was hurting,” she said.