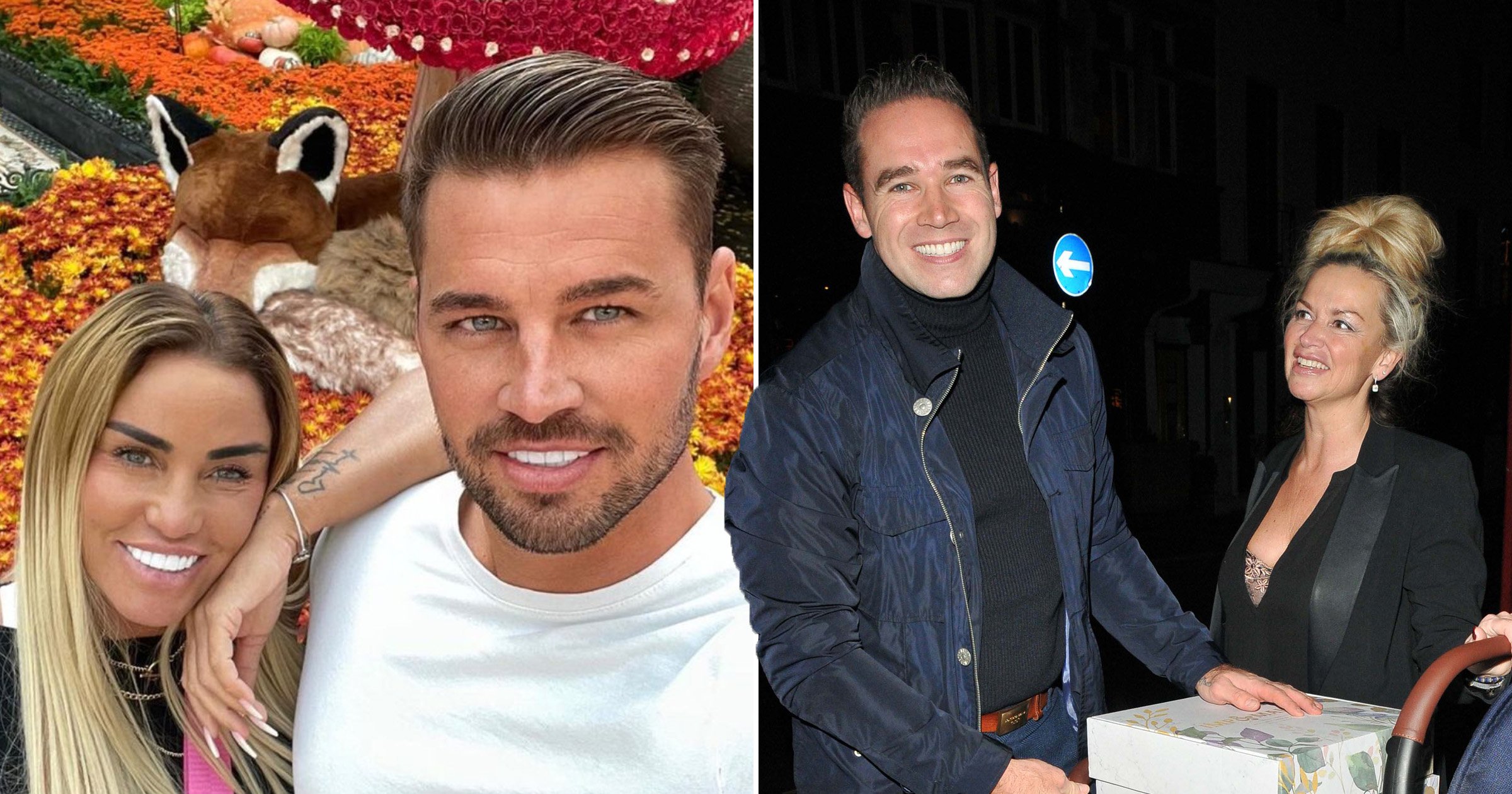 Kieran Hayler has provided a public comment on ex-wife Katie Price and her fiancé Carl Woods’ Las Vegas wedding just hours after Carl Woods denied the couple ever had plans to wed in Sin City.

Kieran, 34, who separated from Katie in 2018 after she started divorce proceedings over his alleged infidelity, shares eight-year-old son Jett and daughter Bunny, seven, with the TV personality.

Speaking to The Sun on Tuesday morning, Kieran said: ‘I’m very sad for my children that they can’t be there with their mum. But I have to keep them safe and keep them protected. I have their best interests at heart.’

The new dad, who is engaged to Michelle Penticost, 40, beamed broadly for cameras at a book party just hours before speaking out on the ongoing narrative.

He was snapped making good use of his baby son Apollo’s pram at the party as he loaded up with skincare giftsets from Sally Morgan’s Secret Spirit book launch at Blacks Club in Soho.

Also guests at the event were Brendan Cole and Vanessa Bauer, in training ahead of the ex-Strictly Come Dancing star’s appearance in the new series of Dancing On Ice.

Despite picking up a marriage licence last week and checking out a chapel on Monday during their trip to Las Vegas, Carl has now denied that he and Katie were ever planning on tying the knot in Sin City.

Addressing speculation over their plans, he posted on Instagram: ‘I can confirm that @KatiePrice and I are not getting married in Vegas and never was [sic].

Carl also appeared to reference Katie’s Las Vegas wedding to Alex Reid in 2010, adding in a following post: ‘I mean, I have always said I wouldn’t do anything similar or the same to what’s been done before.’

Their wedding will be Carl’s first and Katie’s fourth trip down the aisle, after marriages to Peter Andre, with whom she shares 16-year-old son Junior and 14-year-old daughter Princess; Alex Reid; and Kieran.

She also has oldest son Harvey, 19, from a relationship with footballer Dwight Yorke.

Katie recently hit out at previous husbands Peter and Kieran after reportedly receiving legal letters from them while in Las Vegas preparing to marry her fiancé.

A friend told the MailOnline: ‘Kieran and Peter are livid Katie has gone completely behind everybody’s back.

‘Pete has already sent legal letters today. Kieran feels she is putting Carl first and has done this because all she cares about is her relationship with him.’

Katie had written on her Instagram Story to ‘clear a few things up’: ‘Firstly I’d like to make it clear that Peter and Kieran have contributed to the state of my mental health.

‘I’m asking you both kindly to leave me alone now and stop making money from my name.’

However, Peter then appeared to distance himself from the saga on Instagram by sharing a cryptic Story.

With no elaboration, the 48-year-old posted: ‘I don’t do stories. it’s not my bag. I never get involved.