You’re not fooling anyone, Kim Kardashian. The ‘KUWTK’ star shared pictures of her rocking a blonde wig as part of a disguise, but there was no way to hide her famous face.

If ever you see someone with fake blonde hair, a New York Yankees cap, black sunglasses, and a face you swear you recognize, it’s probably Kim Kardashian. Kim, 40, did her best “Guy Incognito” impression on Monday (Apr. 26) by disguising herself. The look was part of a SKIMS campaign for its upcoming line of sleepwear and how Kim was trying to hide from the paparazzi after being caught in the “softest PJs ever.” Along with the blonde “makeover,” the official @SKIMS account shared pictures of Kim reading fake tabloids in her hotel room, including how “ALIENS ABDUCTED KIM KARDASHIAN WEST” and that she’s a “WOMAN OF MYSTERY.”

Kim is no stranger to going blonde. Last year, she traded her dark locks for a lighter ‘do at least three times. In Feb. 2020, she shared a clip of her in the makeup chair, her hair a honey blonde. “I always love this look on you, Kim. So simple and so stunning,” one fan wrote after seeing the lighter hair color. Two months later, in the height of the COVID-19, Kim shared a picture of her alongside Kris Jenner and Mary Jo Shannon. Though it was likely a throwback to pre-pandemic days, all three posed in platinum blonde hair (which were likely wigs/extensions.) Right before the summer of 2020, Kim posted a shot of her in a “fishnet print” blonde hairstyle, one that gave off mermaid vibes.

Kim gave off “legal scholar” vibes on Apr. 22. “Studying in the sun,” she captioned the Instagram post that featured her hitting the books. Of course, being that it was Kim Kardashian, she had to do things her own way, which meant donning a bikini. While wearing a “Claudia” two-piece from Nessy Swimwear, Kim spent time “studying in the sun,” which left fans stunned. “What law school is this?” asked one fan in the comments section. 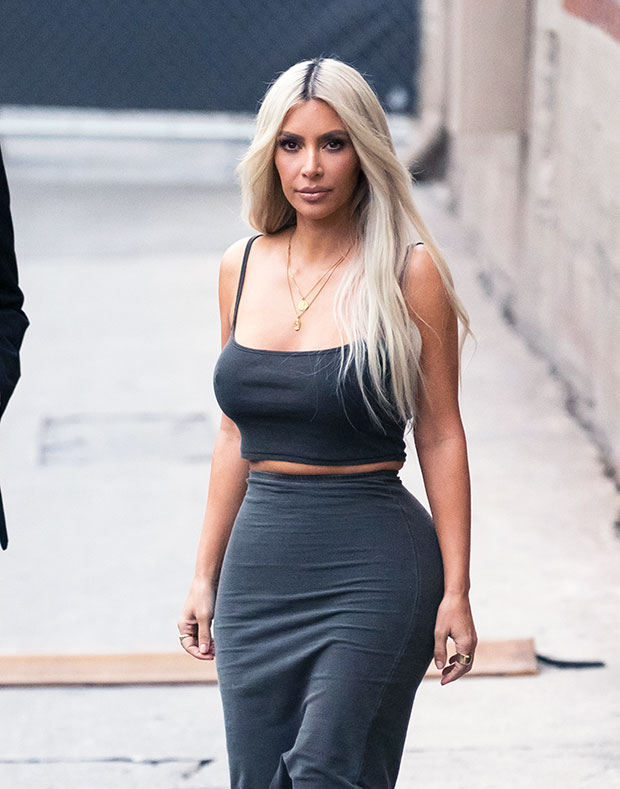 The bikini study look (combining two of Kim’s favorite interests) might qualify as one of her hottest looks since her split from Kanye West. Kim filed for divorce in February, and since then, she has adopted a more colorful – and sexier – wardrobe. Kim and Kanye famously fought over her clothing (“You built me up to be a sexy person and have confidence,” Kim told her husband in a 2019 episode of Keeping Up with the Kardashians. “Just because you’re on your ‘journey’ and ‘transformation,’ doesn’t mean I’m in the same spot as you.”) It appears that post-split, she is no longer hiding her sex appeal from the world.