Kim Kardashian West is busy between prepping for the holidays, pulling mommy duty, partying with friends, and doing photo shoots for work. However, there’s always time to hang out with her siblings and mom too.

But during one of her recent visits to Kris Jenner‘s house, she was astounded by what she saw. The sight was equal parts amazing and creepy, but Kardashian West couldn’t keep her eyes or hands off of it. 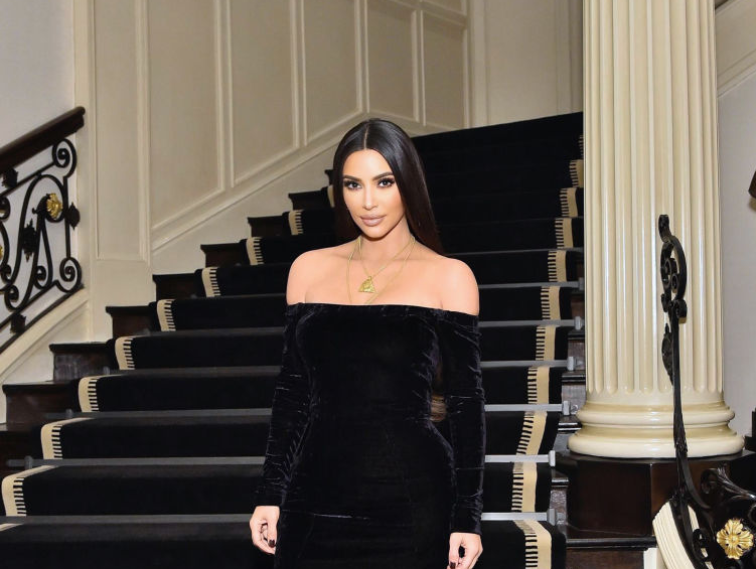 Kim Kardashian West videos herself being freaked out

During what seems to be a holiday party, Kim Kardashian West is seen entering a room in her mother’s house. She slowly approaches a wax figure sitting next to the bar, and it’s Kris Jenner. It is realistic enough to fool anyone. Just look at the posture in that director’s chair.

“I literally knew I was coming up here and I still got startled seeing this… It’s wearing her favorite Dolce tux, but like, you guys..” Kardashian West says as she touches it. She can’t stop comparing the sculpture to her mom, pointing out how the hairline and the markings on her face are exact. But it still creeps her out.

Where did the Kris Jenner wax figure come from?

In another video, Kardashian West asks Jenner where she got the figure from and she replies that Hollywood Wax Museum made one for her. She’s getting a kick out of it. It’s identical to the one that was created by the famous Madame Tussauds.

Jenner took to social media this past May to share that she and daughter Kourtney would be getting their own wax replicas courtesy of the famous celebrity wax museum. They were unveiled at the New York location where both figures were on display side-by-side.

On a side note, there are several of Kardashian West throughout the world, with at least two of them molded into a pose where’s she taking a selfie on her phone. Madame Tussauds has an entire Kar-Jenner collection.

The other daughters already had their own, and on May 14, Madame Tussauds gathered the entire Kar-Jenner clan statues together for the first time as a special display.

Kardashian West isn’t the only one commenting on the lifelikesculpture

Chrissy Teigen stopped by to glare for a few moments, but fans are with Kim on this one and think it’s creepy. One Instagram user joked that it probably walks around the house at night while others said it’s weird how much the figure really looks like Jenner.

Judging by some of the comments, it sounds like some fans haven’t figured out that it’s not really Kris Jenner. “Your mom looks so gorgeous” and “You and your mom look so much alike” make it seem like some people are being fooled.

What’s most striking to everyone however is that the momager has a wax figure of herself hanging out in her house. Some are wondering if she talks to it.

Although Kim seems a little freaked out by it, fans shouldn’t be shocked if she winds up getting one for her own home, even if it’s just to prank hubby Kanye West.