Before reports of his passing broke out, the Dallas rapper, who was arrested for alleged murder of his friend in November 2020, shared on Instagram Story a reflective post.

AceShowbiz –Lil Loaded has died at the age of 20. Just days after he celebrated the success of his viral hit “6locc 6a6y” in achieving gold certification, the Dallas rapper was confirmed by the Dallas County medical examiner’s office to have passed away, and an alleged friend of his suggested that his girlfriend was behind his suicide.

On Monday, May 31, Cyraq expressed his anger over the passing of Loaded in a series of Instagram Story post. “My n***a just killed himself cause his b***h. I hate this h** so much right now,” he wrote in one. “That nihh told me inna studio last month somebody f**k his girl, he a kill em. This nihh ended this s**t behind his girl. He meant that s**t. Brudda I love you bih.” 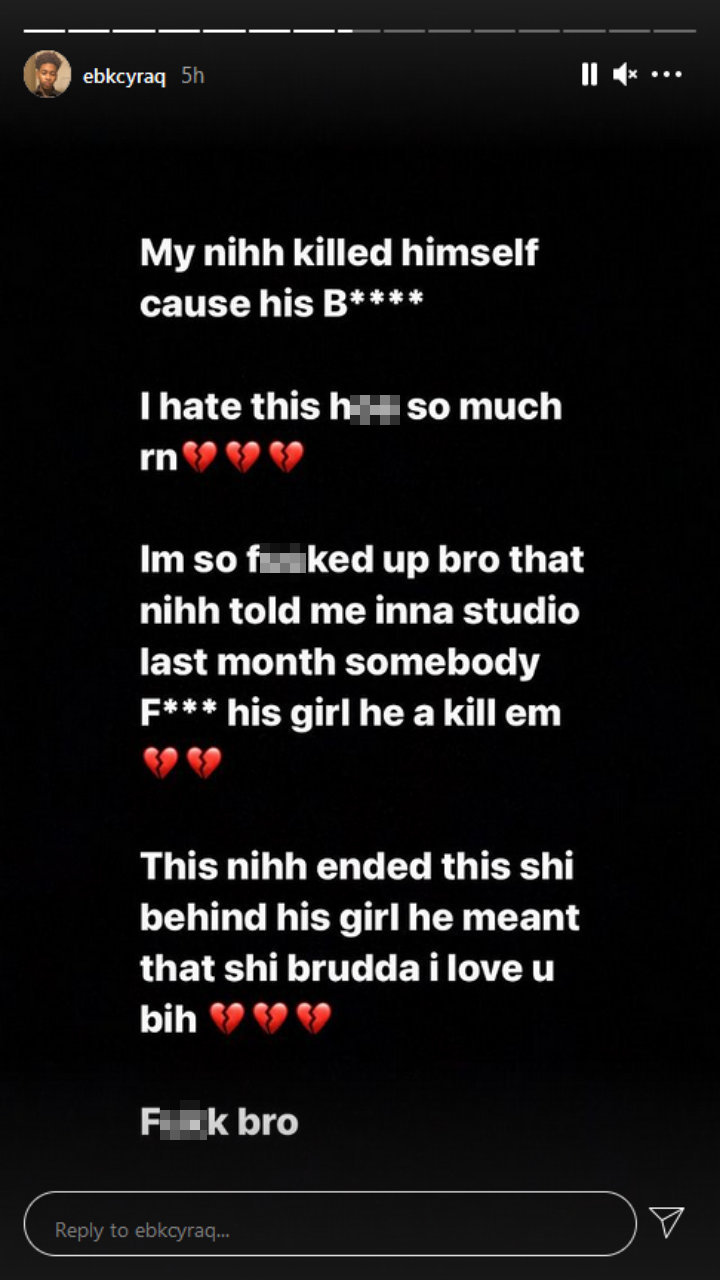 Lil Loaded’s friend suggested he killed himself because of his girlfriend.

In another Story, Cyraq continued to slam the woman he claimed to be behind Loaded’s death. “Bro im sick bro I new it was behind dis h** I hate that h** forever on my daughter F*** dat h**. N***a know u f**ked a nihh thats why he did allat cause if u didn’t he a steal be breathing B***h,” he declared. “I hate this h** with every bone in my body.” 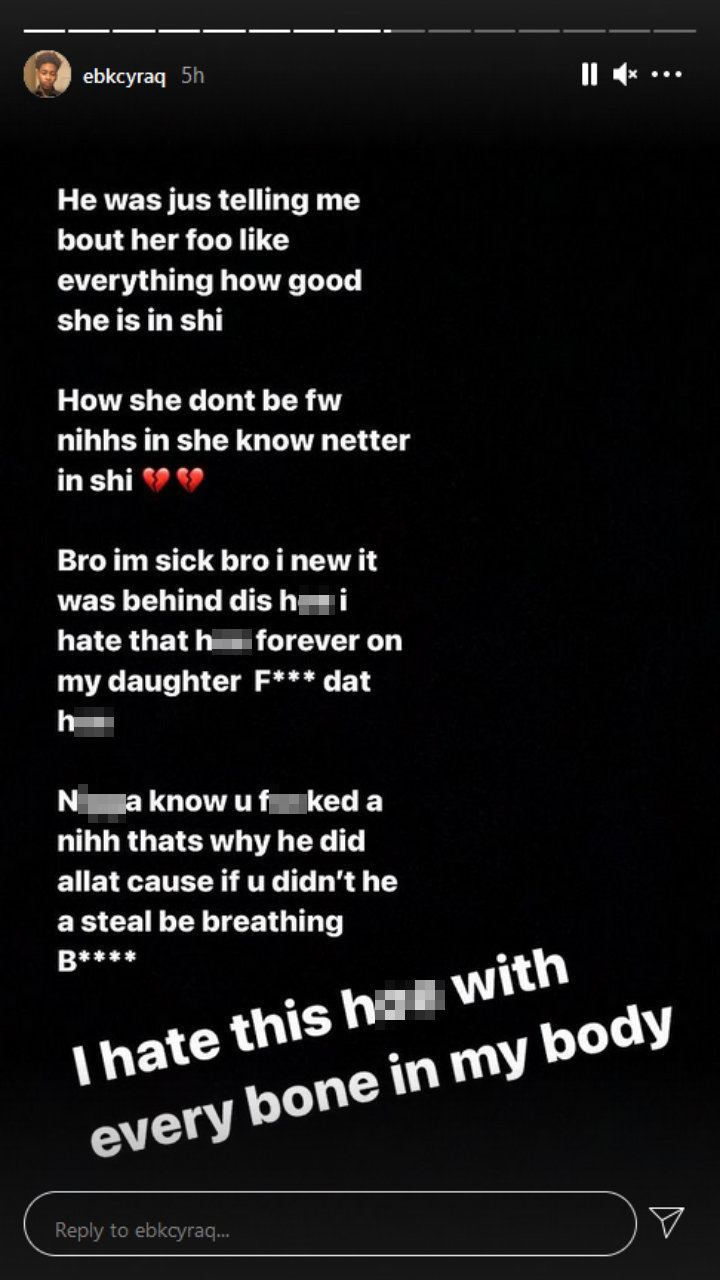 Cyraq further spilled on how Loaded’s mother took the news of the emcee’s death. “My n***a momma just said he gone man,” he noted in a separate Story. “I kno she so hurt bro. I can hear the pain in ha voice….Like bro @lil_loaded, I promise it wasn’t worth it.” He added in the same post, Bro you ain’t have to leave us like this. I coulda figured sum out brudda.” 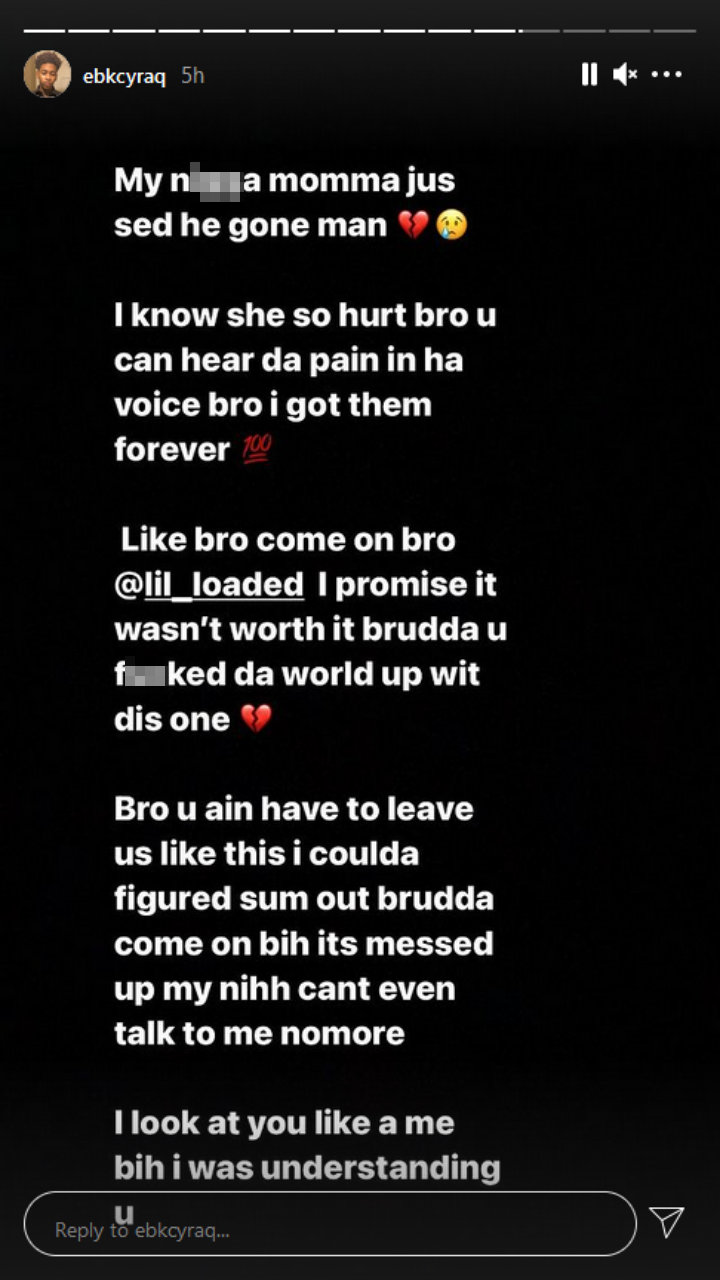 Lil Loaded’s friend updated on how late rapper’s mother reacted to his death.

The Dallas Morning News reported that Loaded’s attorney Ashkan Mehryari dubbed his passing “very tragic.” Mourning the loss, the lawyer added, “He had a very bright and promising music career ahead of him.” Just days earlier, Loaded raved over “6locc 6a6y” success with an Instagram post that read, “Who runnin dis s**t like me young N***a S**t dopest fanbase on earth.”

Before reports of Loaded’s passing broke out, fans noticed that he made a reflective post on his Instagram Story. “Dear most high, Please forgive me for my shortcomings and all of the times I’ve fell short of making you proud and being appreciative of all the blessings that have been put in my life. Sometimes the lines are blurred between being solid and being heartless,” his post read.

“I want to thank you for how far I’ve come and the people you’ve put in my life to keep me grounded through everything and I love every single one of those people that are genuinely for me,” he continued. “I ask for entrance into your kingdom thru all of my mistakes. I know you love all of your children and I’m ready for my heart and soul to Join you.” 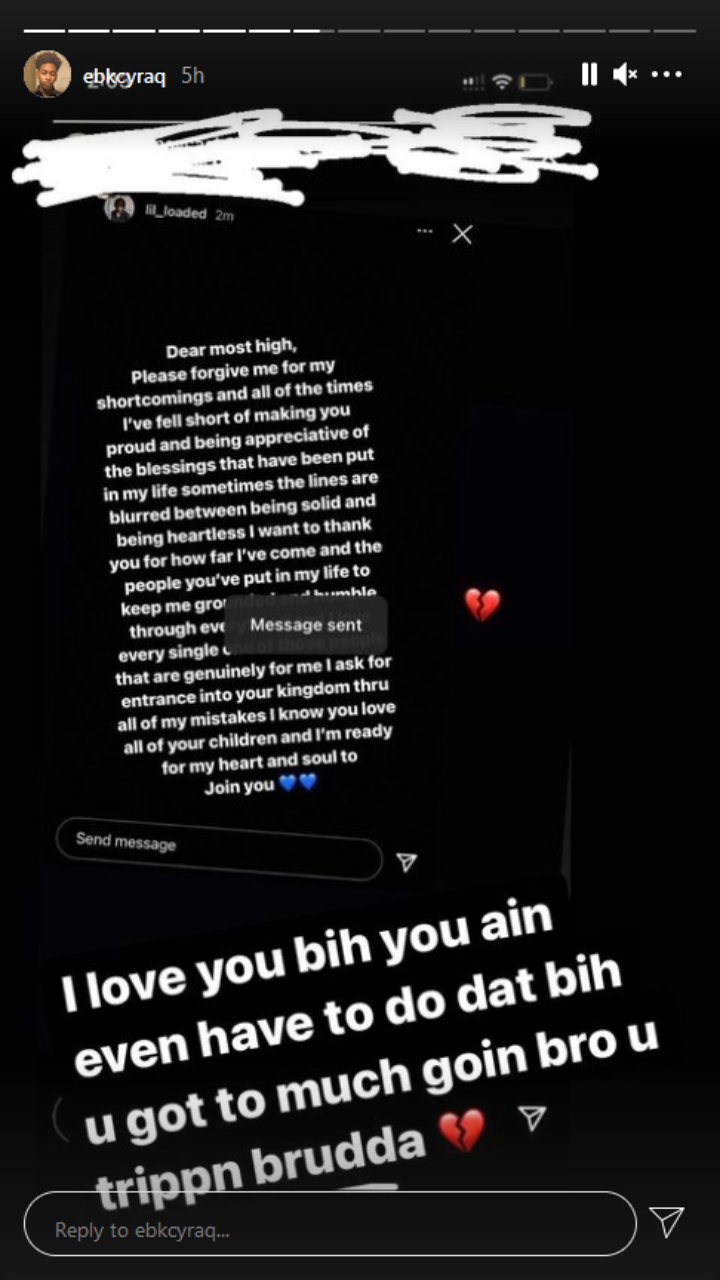 Loaded’s death came around six months after he was arrested and charged for murder. In November 2020, he was accused of gunning down his own friend, 18-year-old Khalia Walker. After an outstanding murder warrant was issued against him, he turned himself in to police. He was released from jail in December.