Scott Disick’s relationship with Amelia Gray Hamlin appears to be over. The couple, who dated for nearly a year, has reportedly called it quits, per People Magazine. The split comes just days after Disick sent his ex-girlfriend Kourtney Kardashian’s former boyfriend Younes Bendjima a private message that was leaked online. In the message, Disick spoke about Kardashian’s social media PDA pics with her current beau Travis Barker. “Doesn’t matter to me as long as she’s happy,” Bendjima replied before sharing a screenshot of the conversation on his own social media feed.

“Amelia broke up with Scott,” an insider told the outlet. “Scott and Amelia are going through a rocky patch. It’s partly because of the Kourtney [Instagram DM] drama but also just ‘Scott being Scott.’ They’re not fully over yet, but Amelia isn’t happy with him.” The source went on to reveal that the couple spent the holiday weekend apart. “Everything seemed fine last weekend and then all of a sudden, they seem to be having issues. They are on the East Coast separately and didn’t leave Los Angeles together,” the informant stated.

Hamlin’s relationship with Disick appeared to be a sore spot for her mother, actress Lisa Rinna. This week, the “Days of Our Lives” alum seemed to make her feelings about her daughter’s split with Disick crystal clear.

Lisa Rinna made her feelings about Amelia and Scott's split clear 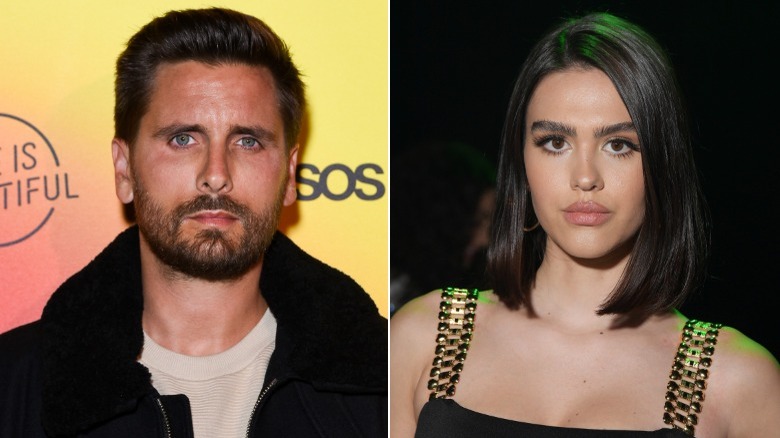 According to Page Six, Lisa Rinna likely isn’t losing any sleep over Amelia Hamlin’s breakup with Scott Disick. The “Real Housewives of Beverly Hills” star didn’t have to make a public comment to let her feelings about the split be known. On Tuesday, Rinna came across a social media post about the couple’s breakup and although she didn’t use words to convey her feelings, she did post a smiley face emoji that was very telling.

Previously, Rinna has been vocal about her daughter’s relationship with the much older Disick. “It’s a ‘What the f***’ moment,'” she exclaimed. “She’s 19! He’s 37 with three kids, hello,” Rinna said back in June. “Why can’t it be Harry Styles? Why the f*** is it Scott Disick?” the actress stated during a recent episode of “RHOBH.” It seemed to be the couple’s 18-year age gap that had Rinna feeling uneasy about Hamlin and Disick’s coupling. “The issue that’s most enduring is the age difference, which to me is odd,” she was heard saying during an episode of the show back in July.

It seems that Rinna may be happy about Hamlin’s decision to pull the plug on her relationship with Disick. However, there is always a chance that the couple could work through their issues and get back together. Only time will tell if the split will stick.