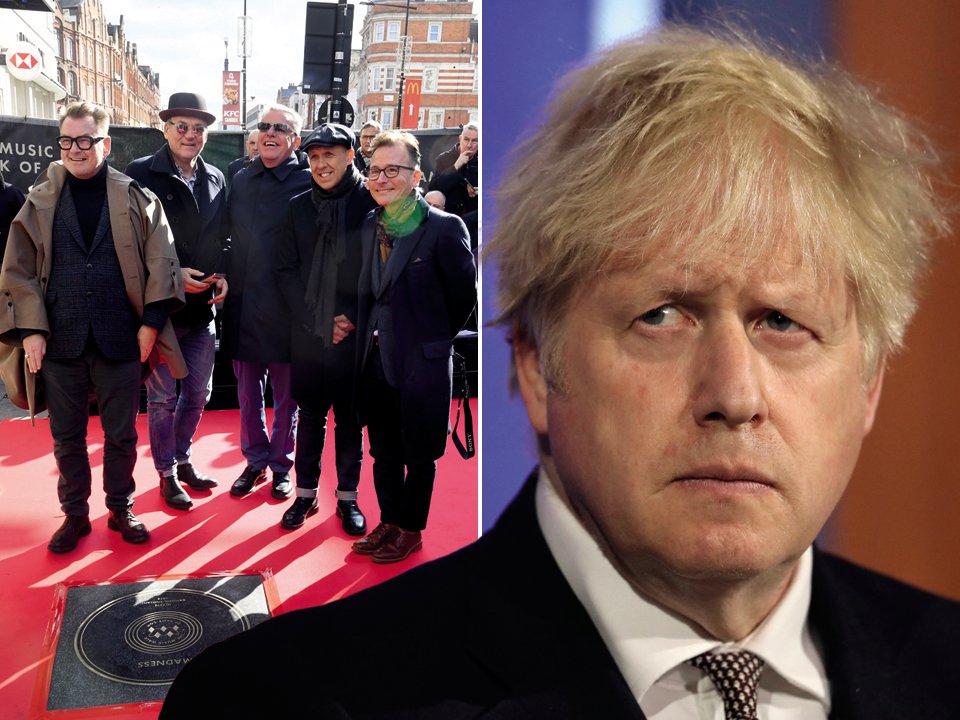 Madness frontman Suggs has shared that he understands British prime minister Boris Johnson has been a fan of the band, much to his displeasure.

Suggs, real name Graham McPherson, made the revelation during a recent interview when discussing the most unexpected people who have turned out to be Madness fans.

Speaking to NME, the 60-year-old singer did not hold back on giving his opinion on the PM’s alleged fondness for the group.

Suggs admitted: ‘Unfortunately I think Boris Johnson was a fan, but he can do one!’

He compared it to former prime minister David Cameron liking The Jam’s Eton Rifles, and complained that ‘it’s the last flippin’ thing you need!’

Madness dominated the UK charts in the 1980s with their ska songs, including hits It Must Be Love, House of Fun and number one single Our House.

Their 2019 single Bullingdon Boys (Don’t Get Bullied by the Bully Boys) is considered a thinly-veiled (if that) criticism of public school pupils in politics that have passed through the ranks of Oxford University’s private all-male dining society, the Bullingdon Club.

However, Suggs was rather more impressed to discover that No Doubt singer and former coach on The Voice Gwen Stefani was a fan of the group, describing her as ‘very into Madness’ – even going as far as to give him front-row balcony tickets to one of their Wembley gigs.

This led to an amusing scenario where Suggs was held-up getting to that concert, but Gwen gave him a shout-out, leading to a ‘panicked call’ from his daughters who were already there.

He explained: ‘I got delayed picking my wife up from the airport and received a panicked call from my daughters going: “Dad, we’re hiding under the seats!

‘“There’s a f***ing spotlight coming towards us and Gwen Stefani’s saying she’s got to give a huge shout-out to Suggs!”

If you’ve got a celebrity story, video or pictures get in touch with the Metro.co.uk entertainment team by emailing us celebtips@metro.co.uk, calling 020 3615 2145 or by visiting our Submit Stuff page we’d love o hear from you.