Bald and beautiful. Mark Hoppus showed off his new look after announcing his cancer diagnosis.

The Blink-182 frontman, 49, shared a photo of his bald head on Sunday, July 4 via Instagram. The singer was hairless, with no eyebrows nor facial hair in sight.

“The Cancer Haver wishes you all a very happy Fourth of July weekend,” Hoppus captioned the snap. He wore all black with a t-shirt that said “Los Angeles vs Everybody” in white block letters. 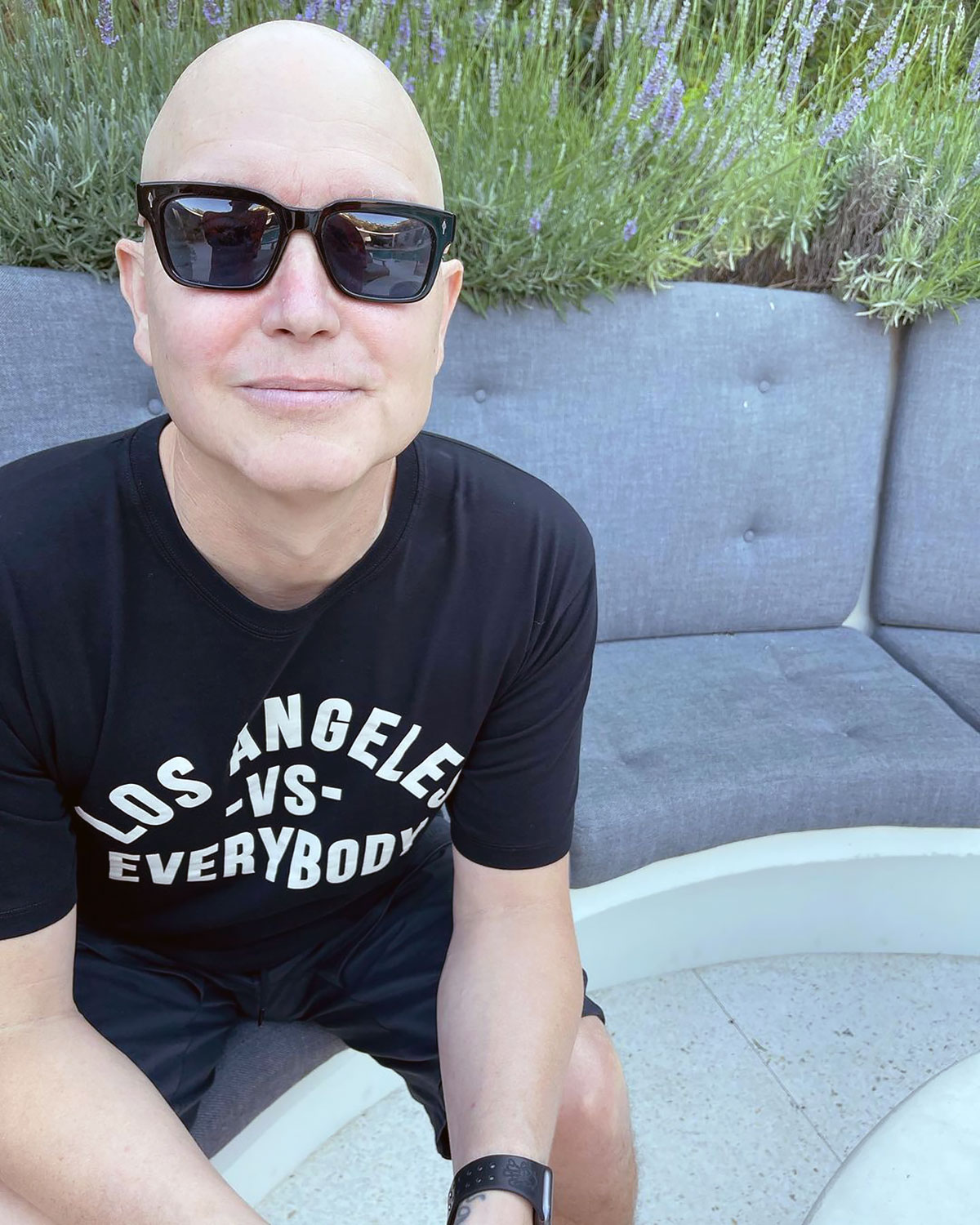 Though he showed off the bald look, Hoppus doesn’t exactly love showing all that skin, which is a side effect of his cancer treatment. “Everything about chemo sucks except the part where it hopefully saves my life,” he tweeted on July 2.

The musician also asked for hat suggestions. “Even though I can’t really go anywhere or see people I’d like a cool guy hat to cover my giant bald head. Any suggestions of brands to check out?” he asked followers on Twitter.

The “Feeling This” singer first revealed his diagnosis and treatment on June 23.

“For the past three months I’ve been undergoing chemotherapy for cancer,” the Hoppus on Music host wrote on his Instagram Story at the time. “It sucks and I’m scared, and at the same time I’m blessed with incredible doctors and friends to get me through this. I still have months of treatment ahead of me but I’m trying to remain hopeful and positive.”

The California native explained that he “can’t wait to be cancer free and see you all at a concert in the near future.” He did not elaborate with what type of cancer he has or which stage.

The “What’s My Age Again” performer has been open with fans about his experience while undergoing treatment. Fans asked him about how he was doing during a Twitch livestream on June 27. 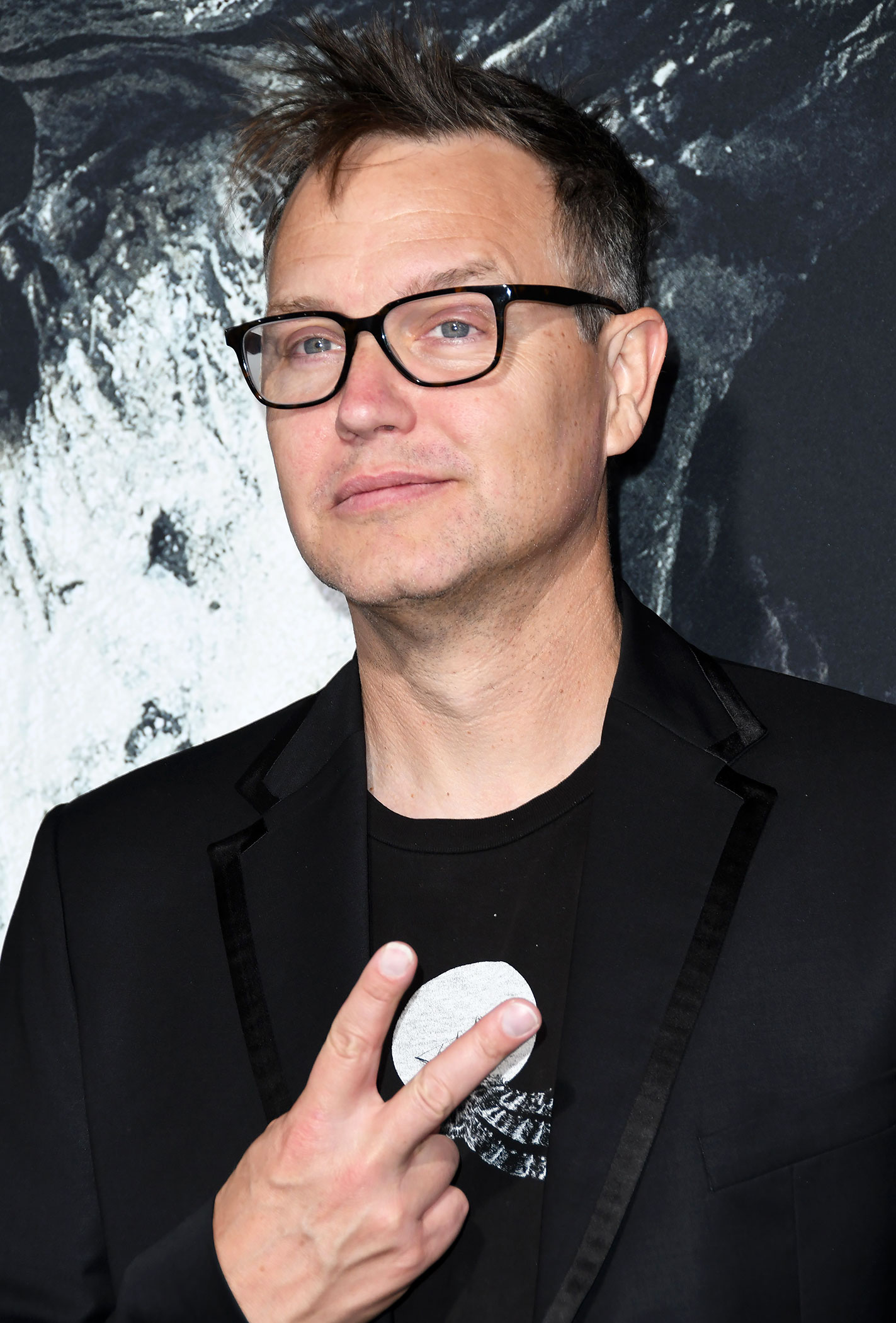 “Is chemo going ok? It’s going good, I hope,” he said (via Consequence of Sound). “I mean, it’s making me sick. I will say though, that this round of chemo I feel better than I have before. The only thing is that this round I’ve been more nauseous, which I don’t like.”

The Grammy-nominated artist added that he can’t go out much. “I can’t go anywhere right now. I wanted to go to the Dodgers last night. I can’t. I want to go hang out with friends and go to a restaurant. I can’t,” he said. “My white blood cell count is way too low for me to go out, so I am stuck trying to get better. That’s alright, I’ll take it.”

The low white blood cell count puts him at risk for getting sick, not only with COVID-19 but other airborne viruses, that his body wouldn’t be able to easily fight off.

Hoppus is trying to keep busy, though. “On good days, I go do stuff,” he explained. “I went on a walk outside today and it was the first time I’d left my house in like… five days pretty much. But this round of chemo I wasn’t totally stuck on the couch, miserable. I’ve actually watched movies and walked around and cleaned the house and hung out with my dogs. I didn’t just feel like a poisoned electrified zombie leaned up against an electric fence like I did the past couple of rounds.”