‘WAP’ hitmaker Megan Thee Stallion has denied reports that she dropped the charges against Tory Lanez over an alleged shooting in July 2020.

Megan Thee Stallion has defended herself yet again after she was shot last summer. The “WAP” rapper took to Twitter on January 21, referring to her alleged shooter Tory Lanez as an “abuser” and denying a report that she dropped the charges leveled against him. She wrote, “AT THIS POINT IM GETTING ANNOYED ! STOP BELIEVING EVERYTHING YOU READ ON THE MF INTERNET,” Megan began. “Imagine how I feel waking every day seeing people LIE and turn my trauma into a joke ? That whole team figures out ways to create doubt with my story every week and the media eats it up.”

In a subsequent tweet, the “Body” hitmaker explained she was healing from multiple traumas. “Trauma is real I’m still traumatized from loosing my mom dad and one of my grandmothers and on top of that being shot. I’m not open abt anything on the internet usually bc I like to keep my emotions private but I’m reaching my limit, Im going to keep staying positive,” she wrote. In response, Tory, who was charged in October over his alleged role in the July 12 shooting of Megan, tweeted, “I will continue my 2021 unproblematically.. just wanna make great content for my fans,” adding, “much love y’all.” 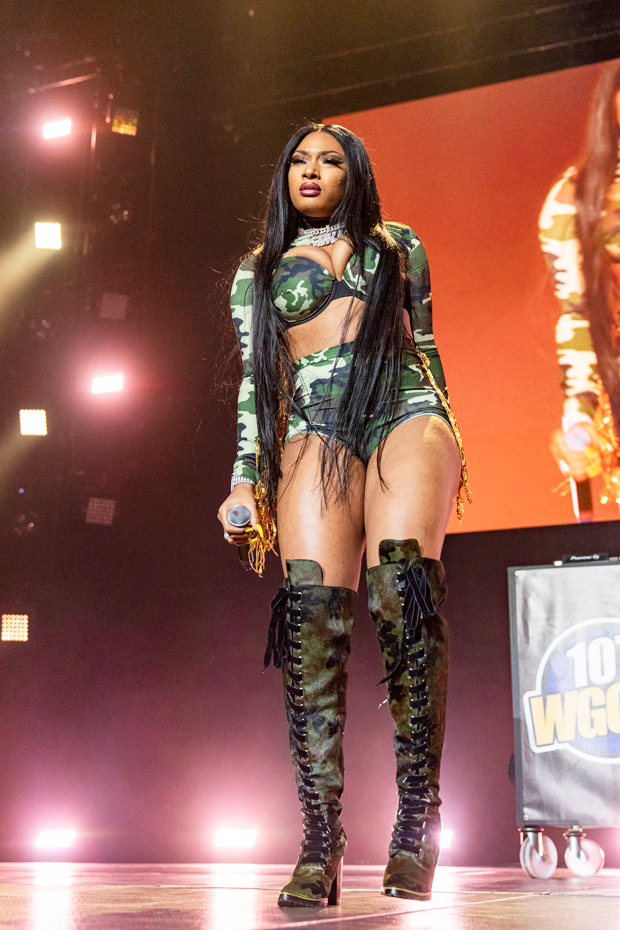 Tory (born Daystar Peterson) was charged on Oct. 8 over his alleged role in the shooting. He pleaded not guilty to the shooting, per TMZ. While the exact specifics of what exactly happened remain unknown, Meg offered some insight into the events from the night while speaking to GQ. After attending a pool party in the Hollywood Hills, she got into a SUV with Tory and two others to head home. Megan had a bad feeling and got out of the car in an attempt to hail a different ride, but her phone was dead. After getting back into the car, an argument broke out, and she got out again. This is when Tory allegedly fired multiple shots at Megan’s feet, wounding her. “Like, I never put my hands on nobody,” she told GQ.