The picture, taken at the 75-year-old Rolling Stones frontman’s birthday celebrations last year, was posted on social media by his daughter Jade to mark Father’s Day.

Model Jade, 47, who is married to DJ Adrian Fillary, uploaded it with the caption: “#happyfathersday to @mickjagger @fillary love to you all keep doing what u do”. Sir Mick, who has fathered eight children by five different mothers during his hell-raising career, looked relaxed and happy in the cosy snap.

Among those featured in the picture were Jade, eldest daughter Karis, 48, sons James, 33, and Lucas, 20, and son-in-law Adrian. 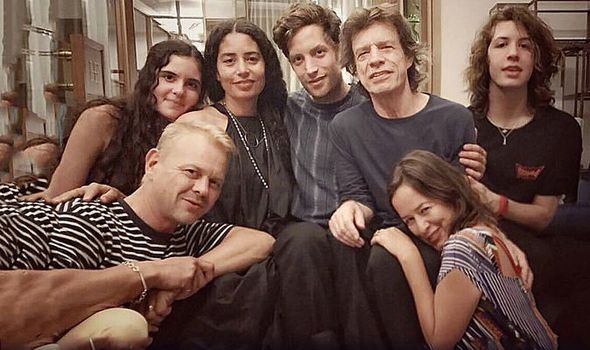 Missing was daughter Georgia, 27, who was photographed on Monday evening at the TrevorLIVE Gala in New York.

The model oozed glamour in a shimmering metallic slip dress as she posed for pictures at the bi-annual fundraiser that aims to raise awareness of LGBTQ issues.

Sir Mick’s other children Elizabeth, 35, Gabriel, 21, and two-year-old Deveraux, were not present either. 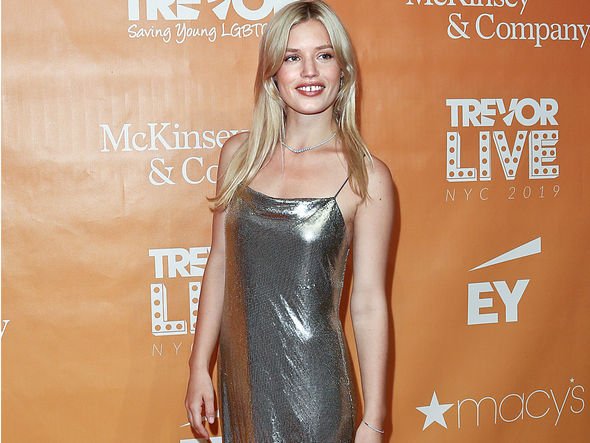 Earlier this year the Stones’ hotly anticipated North America tour was postponed after the singer – famed for strutting and bounding around on stage – suffered a heart scare. After having successful valve replacement surgery in New York, he took to social media to reassure fans he was well on the road to recovery.

He tweeted from hospital: “Thank you everyone for all your messages of support, I am feeling much better now and on the mend – and also a huge thank you to all the hospital staff for doing a superb job.”

And last month the star teased fans with a video of him back in rehearsals, throwing shapes after a gym session.