Mike Tyson is universally regarded as one of the most powerful punchers of all time. The retired boxing champion tallied an impressive 44 knockouts over the course of his career, with many of them occurring within the first few rounds of his matches.

Before long, Tyson became so proficient at early-match knockouts that he’d get a $200,000 bonus if he managed to end the fight in the first round. Many people came to Tyson’s fights just to see how badly he’d knock out his opponent, but Tyson will readily admit that not every knockout is easy to get.

In fact, there’s one rival, in particular, that Tyson claims was by far the hardest to knock out. 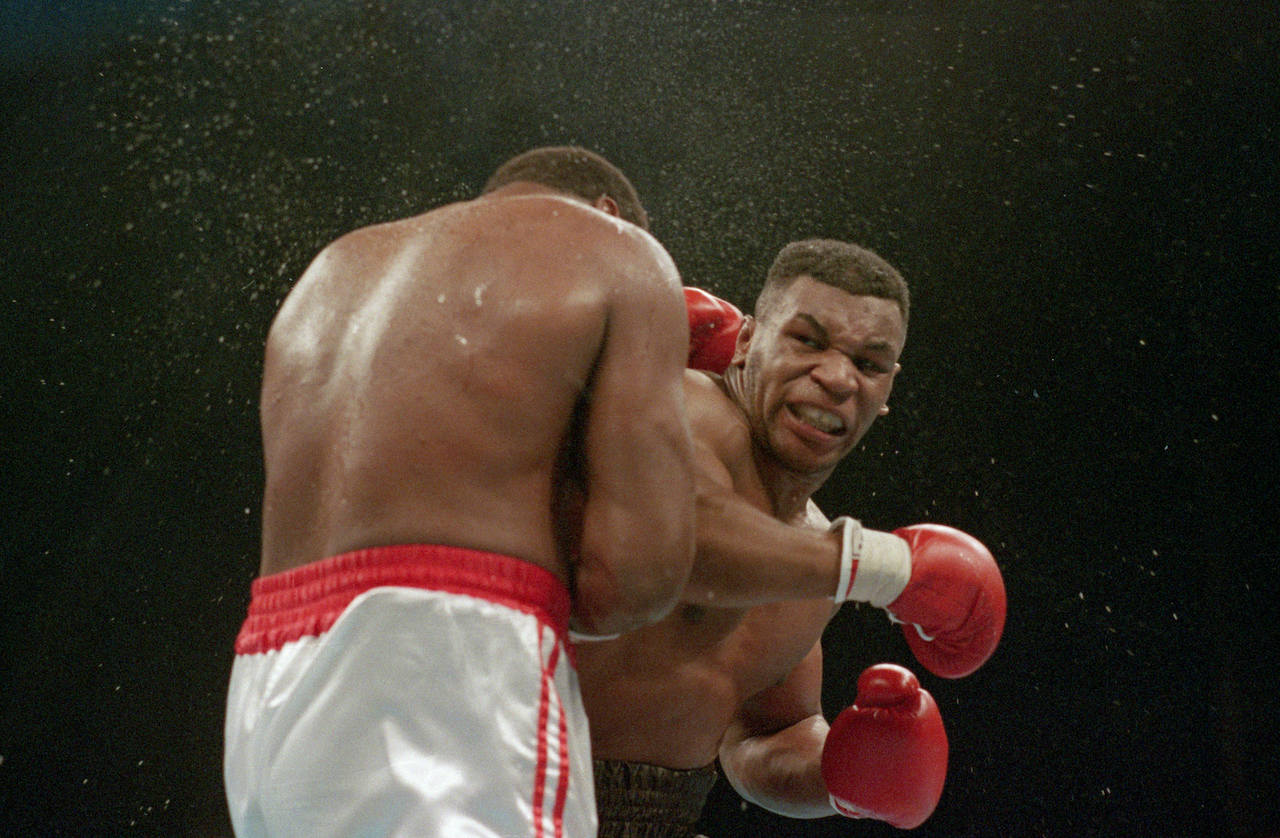 Mike Tyson talked about knockouts during a 2020 episode of his popular Hotboxin’ podcast. During the conversation, he admitted that he remembers every time he got knocked out by an opponent.

“Sh*t, all of them … I was never unconscious and stuff,” Tyson admitted. “But I remember all of them.

He noted that oftentimes a boxer might not be conscious due to a hard blow, but will still continue to fight.

Tyson was a ferocious fighter with one of the most powerful punches in the sport. Even though he reveled in causing pain in the ring, there were moments where he worried if he had killed his opponent after knocking them out.

“Yeah, sometimes when you hit a guy and you don’t feel it, like you missed him… Oh sh*t,” Tyson said. “That’s a bad one. That’s bad. … That’s just clean, just went right through him. Boom. Out cold, snoring. Sometimes they snore. … Sometimes you hit a guy and he’s conscious, everything’s cool with him, he’s not hurt, but his legs are all over, he can’t stop his legs from moving. … He’s doing the dance, he can’t stop.”

Later in the interview, he revealed that his archrival, Evander Holyfield, was by far the most difficult to knock out.

He says there’s a technique to knocking people out

Interestingly, Tyson also provided a breakdown of what goes through a boxer’s mind when they’re in the ring and get knocked out. He also noted that the key to landing a knockout punch is catching a boxer off guard.

“Listen. Human beings and human spirits are amazing, right?” Tyson said. “If you’re fighting with a guy … ‘We’re in this fight … F*ck this motherf*cker. I know he’s great, but f*ck it, we’re gonna fight.’ So he’s hitting you with some good shots, but you’re just resisting ‘cause you’re in your mind … Cause you set your mind, this is what it’s gonna be. We gonna fight, I ain’t going down from this first round … And we’re fighting. And he’s anticipating these punches, he’s anticipating these hard punches hitting him. It’s in his mind, so they hit him. And it’s not as hard as he thought they were. … So he’s fighting back, and then he gets hit with a punch that he doesn’t see. Boom. He’s out cold. It’s all about not seeing the punch. Tricking the guy, where don’t see the punch.”