The Loud House Movie is coming to Netflix!

The Nickelodeon series is getting the movie treatment in 2021 with an all new feature film on the streaming service.

It was revealed on Tuesday (January 12) when Netflix announced it’s 2021 film slate. Another Nick series getting a Netflix movie is Rise of the Teenage Mutant Ninja Turtles!

In The Loud House Movie, the Loud family is going on their biggest vacation ever. They will be travelling to Scotland where they discover that they are descendants of Scottish royalty. The family quickly indulges in the most wish-fulfilling high-life ever when they discover their ancestral home is a castle. Check out the first look photo below! 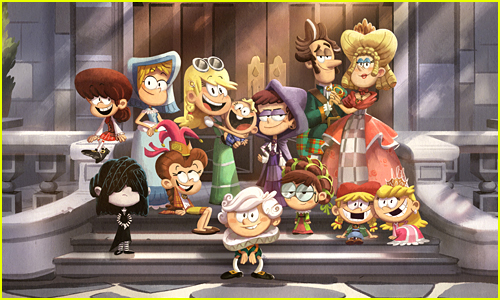 In case you missed it, The Loud House was renewed for a sixth season on Nickelodeon. The show is currently in the midst of season five, which returns for new episodes on January 22nd.