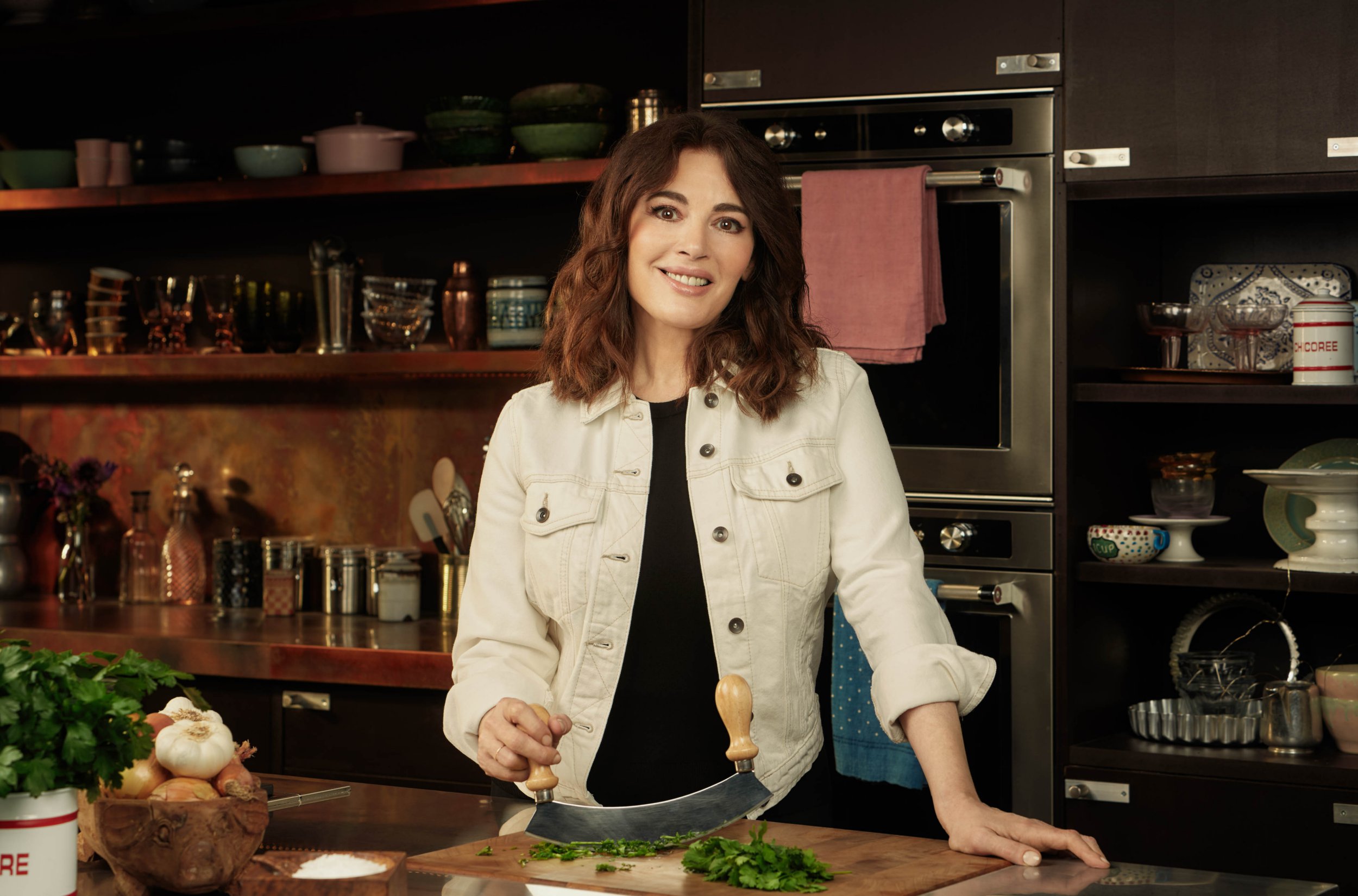 Nigella Lawson has removed the word ‘slut’ from one of her recipes, saying it has taken on a ‘cruel’ connotation.

The TV chef is known for her flamboyant turn of phrase in her presenting and recipe writing, most recently changing the way we all pronounce ‘microwave’.

However, she has reconsidered some of the more tongue-in-cheek titles of past recipes due to changing slang.

The 61-year-old shares a daily recipe on Twitter from her back catalogue of cookbooks, and recently posted the recipe for Ruby Red Raspberries in Chardonnay Jelly.

She tweeted: ‘#RecipeOfTheDay is a dream of a dessert, and so easy to make. If you’ve never tried home-made jelly before, now’s your chance: Ruby Red Raspberries in Chardonnay Jelly for the win!’

While the picture of the dessert got tummies rumbling, a handful of followers noticed that the raspberry and jelly concoction was previously called ‘Slut Red Raspberries in Chardonnay Jelly’ when first published in Nigella’s 2002 cookbook Forever Summer.

‘I recently had a Twitter conversation with one Jim Hewitt about the new name for this and I gratefully end with this fabulous message of his: “On those days when my mum couldn’t be bothered to brush her hair and cooked dinner using whatever was in the cupboard she would say: ‘Hush. I’m slatterning!’”This is perfect for a slatterning day.’

Since her first book How to Eat: Pleasures and Principles of Good Food was published in 1998, Nigella has published a further 13 cookbooks, most recently Nigella’s Cook, Eat, Repeat, which was released last year.

The book was accompanied by a BBC series and Christmas special, during which Nigella whipped up fish finger bhorta, a curry made from banana skins and crab mac and cheese.