Paris Hilton got ready for the upcoming holidays by posing for incredible photos in an early 2000s-inspired campaign from Coach that includes AOL Instant Messenger details and glitter accents.

Paris Hilton, 39, is a glorious sight to see in her new holiday-themed Coach campaign photos! The blonde beauty sat on an inflatable green chair and promoted The Swinger bag in the snapshots while wearing a long-sleeved bright green leather jacket, black leather pants, and black boots. She also had the Coach purse on her shoulder as her long blonde hair was down and straight, and some large silver and rose gold chain-link balloons as well as a pink Christmas tree could be seen behind her. 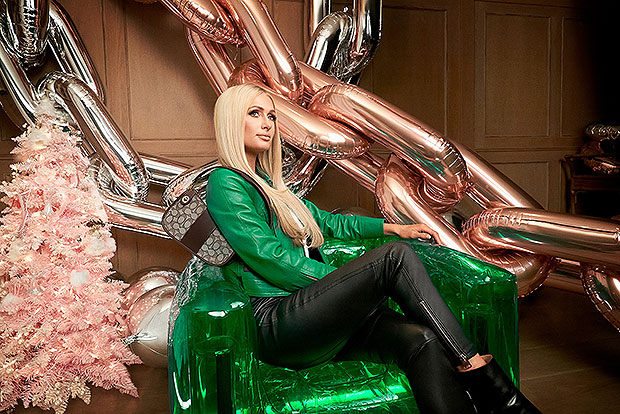 Paris’ attractive photo also appeared in one of the campaign’s nostalgic ads that gave us serious early 2000s vibes with a nod to AOL Instant Messenger. In the ad, the former Simple Life star’s pic appears to be inside an instant messenger window labeled “COACH Fam Live Chat” that has messages from singer and actress Kim Petras, 28, and social media star Rickey Thompson, 24, who also appeared alongside her in the campaign. “Omg” both messages read. 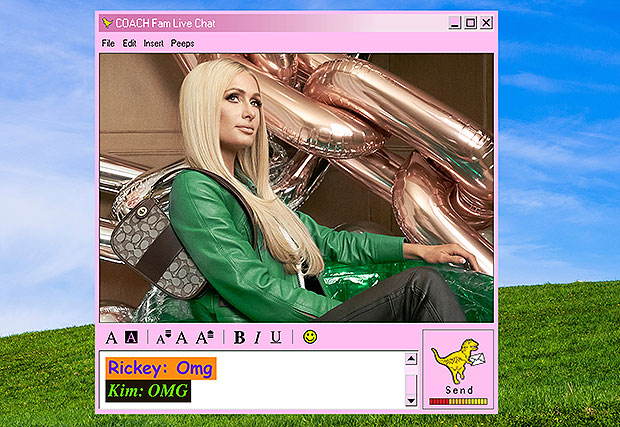 Coach got fans excited about Paris’ new campaign photos when they took to their own Instagram account to share one of the sizzling masterpieces on Dec. 3. “Guess what #ParisHilton thinks about our newest mini bag? Hint: two words, eight letters. 🔥 #TheSwingerBag #CoachHoliday,” the caption for the post read.

Before Paris stunned in her latest Coach ad, she represented another glorious brand, Valentino. The confident model showed off various pics of herself flaunting different epic looks while holding the high-profile Roman Stud bag from the impressive fashion company. She was joined by her mother, Kathy Hilton, 61, and her sister, Nicky Hilton, 37, in some of the photos and the trio looked just marvelous!

“Loved shooting for Valentino with my beautiful mom and sister,” Paris captioned one of the many pics, which showed them all matching in pink, purple, and white outfits. The photo’s location was tagged at the Hotel Bel-Air, which seems to perfectly cap off their already fancy display of style and confidence!